On busy city street, this reminder of Jesus’ birth can’t be missed 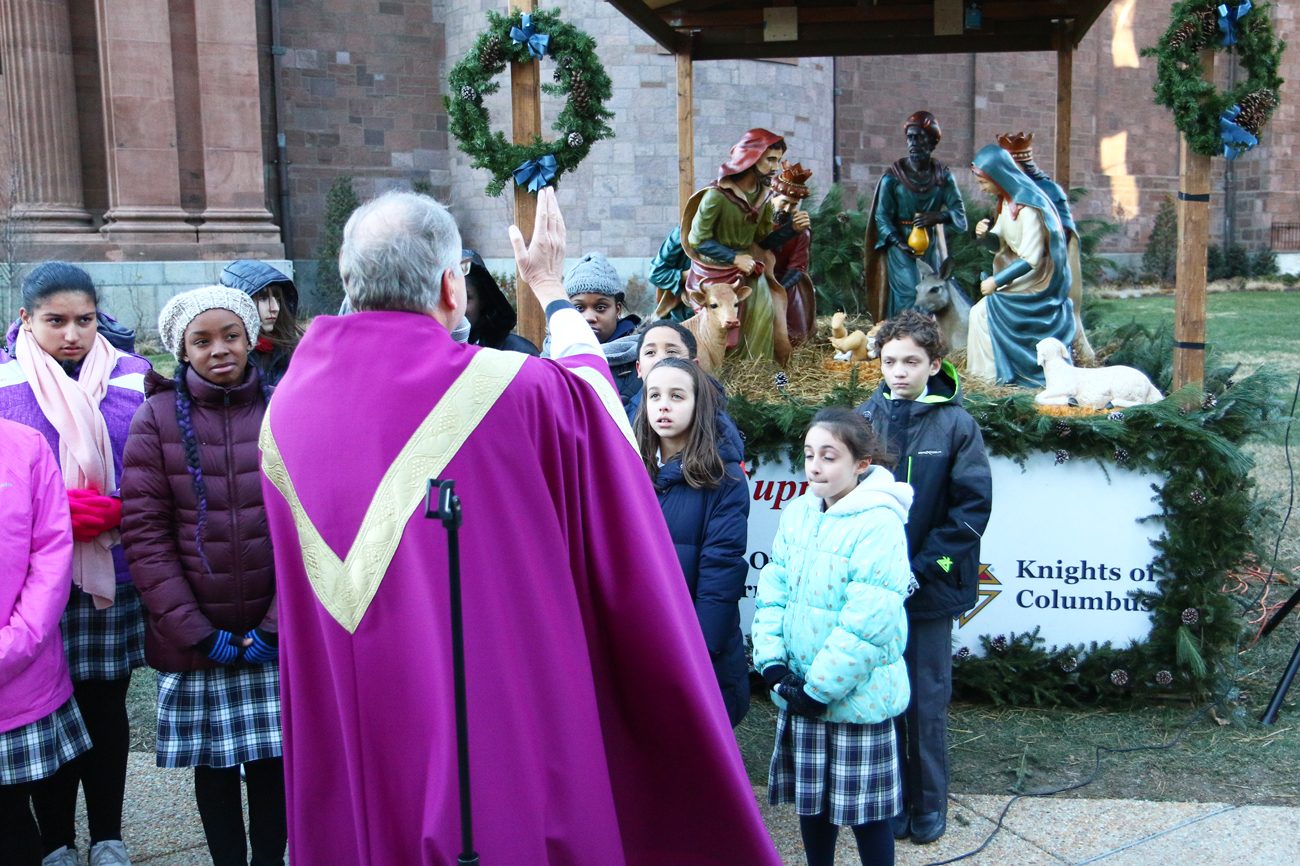 Father Dennis Gill, rector of the Cathedral Basilica of SS. Peter and Paul, blesses the Nativity creche Dec. 13 as students from St. Francis Xavier School look on. The creche, a project of the Ancient Order of Hibernians and Knights of Columbus, has been blessed and displayed publicly for 20 years.

In what has become a Christmas tradition on bustling Logan Square in center city Philadelphia, the outdoor Nativity crèche was blessed for the season on Wednesday, Dec. 13 just as it has been every year since 1997.

The crèche, which was donated by the Ancient Order of Hibernians and the Knights of Columbus, was displayed in its early history at Independence National Park and was known as the National Christmas Crèche Nativity Scene. Since 2009 it has been displayed at the Cathedral Basilica of SS. Peter and Paul across from Logan Square.

“The presence of the Nativity scene at 18th Street and Benjamin Franklin Parkway will invite all who pass by to think about Our Lord and his birth,” said Cathedral Rector Father Dennis Gill, who presided over the blessing ceremony.

Although most of the original committee members for the Nativity crèche are now deceased, two were on hand – Patrick Stanton and John Kelly.

“I’ve always liked the story of the birth of Jesus and I was with this committee when it was at Independence Mall,” Kelly said. 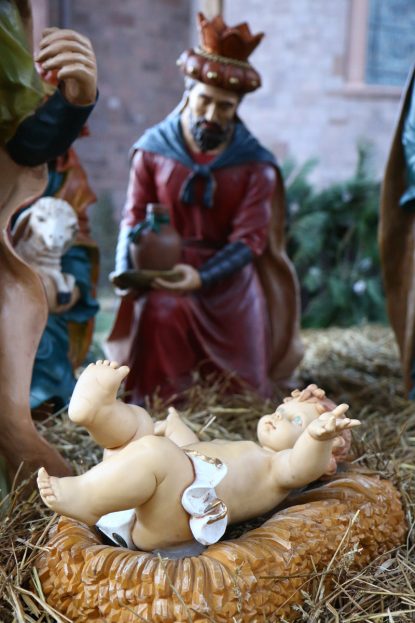 “It was a whole team. We lost our last man Jimmy Tayoun this year,” said Patrick Stanton, whose father, the late John Stanton, was also part of the founding committee. “This ceremony means there is hope for the city. Jesus is here on this thoroughfare. The cars, buses and trucks can see there is hope from Jesus Christ.”

In recent years choir members from nearby St. Francis Xavier School have lent their voices to the ceremony and this year was no different in spite of the bitter cold. Their enthusiasm lent the needed warmth. And with the permission of St. Francis principal Dolores Butler, Father Gill announced they were excused from homework that evening.

“I’m thrilled. We’ve been doing this for years now and the students were asking when we were coming,” Butler said. “It makes the Christmas season so much better.”

The students at her school definitely got the message.

“The spirit of Christmas doesn’t mean presents, I can tell you that,” said Clark Moran, grade four. “It means going to church, seeing the decorations and everybody happy with the Christ Child.”

Colin Flynn, also grade four, echoed those sentiments: “Christmas means the joy of the birth of Jesus,” he said. “Seeing everybody happy makes me happy too.”

May the spirit of joy engendered by the crèche of Jesus continue at the Cathedral and throughout the world for many years to come, just as it has for more than 2,000 years and counting. 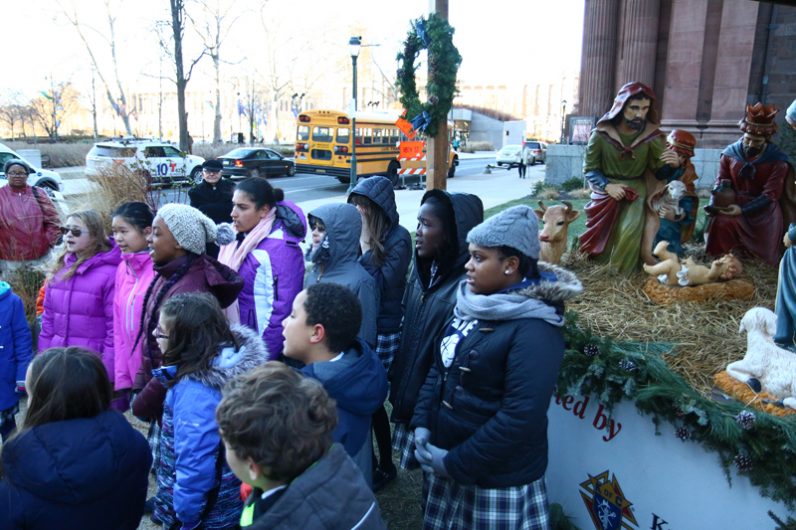 PREVIOUS: $350,000 gift to Holy Family U one of university’s largest ever

NEXT: Bill to ban dismemberment abortions in Pa. sails through House