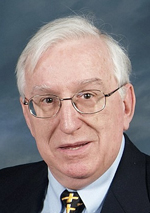 Deacon Raymond C. Wellbank, a permanent deacon released to outside service to the Archdiocese of Boston, died suddenly of a heart attack on Saturday, Dec. 9. He was 66 years old.

Deacon Wellbank was born in Philadelphia, the son of the late Raymond J. and Florence (Picciani) Wellbank. He married his wife Patricia (nee Carty) in 1984 and they raised four children in Harleysville.

A 1969 graduate of Cardinal O’Hara High School, he earned a bachelor’s degree in business from West Chester University and a master’s from De Sales University. He worked as a fiscal analyst for PHMC, a nonprofit corporation.

He was ordained a permanent deacon for the Philadelphia Archdiocese by Cardinal Justin Rigali on June 2, 2007 in the Cathedral Basilica of SS. Peter and Paul. He was assigned to St. Stanislaus Parish, Lansdale, where he served until May 2015, at which time he retired after 12 years at PHMC.

At that time, based on his move to Gloucester, Massachusetts, he was released to outside service to the Boston Archdiocese, where he remained until his death.

A viewing for Deacon Wellbank will be held Friday, Dec. 15 at St. Ann Church in Gloucester, with the funeral Mass to be celebrated there the following day.

All funeral arrangements will be handled by the Archdiocese of Boston.