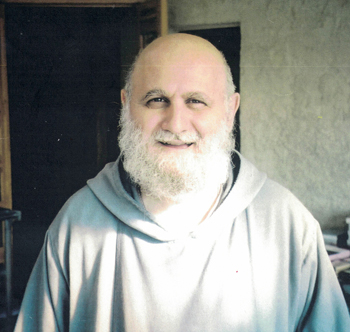 NEW YORK (CNA/EWTN News) — Franciscan friar and EWTN host Father Andrew Apostoli, C.F.R., passed away on the morning of Dec. 13 in New York City, his community has confirmed. He was 75.

Father Apostoli was a founding member of the Franciscan Friars of the Renewal and was a regular host on Eternal Word Television Network programs. He also authored numerous books and was considered one of the leading experts on the Our Lady of Fatima apparitions.

“All of us at EWTN are saddened by the loss of our dear friend Father Andrew Apostoli,” said Michael P. Warsaw, head of EWTN. “Father Andrew was a constant presence on the network for nearly 25 years, particularly as the host of ‘Sunday Night Prime’ for the past five years.”

Father Apostoli was born Joseph Dominic Apostoli on July 3, 1942 in Woodbury, N.J., and was the second of four boys. He first encountered Capuchin Franciscan friars at his parish in eighth grade and was inspired by their joy.

“I felt that the brothers were joyful and I wanted the joy that I saw,” he told the Catholic Herald in 2015.

He met Archbishop Fulton Sheen while attending high school seminary, and would later be ordained a priest by Archbishop Sheen on March 16, 1967. He would eventually become the vice postulator for Sheen’s cause for canonization.

During his time in active ministry, Father Apostoli served as a teacher, retreat leader and spiritual director. He also wrote many spiritual books on subjects including Our Lady of Fatima and the Holy Spirit. His most recent book, “Answering the Questions of Jesus,” is a book designed to lead readers into deeper reflection on each of the personal questions Jesus asks in the Gospel.

Father Apostoli first appeared on EWTN on the “Mother Angelica Live” program in July of 1993, together with Father Benedict Groeschel, and taped his own series for the network in 1994, which first aired in 1995.

In 2012 Father Apostoli took over as host for EWTN’s “Sunday Night Prime” which had previously been hosted by Father Groeschel, a fellow Franciscan Friar of the Renewal.

On Nov. 10 Father Apostoli announced on the CFR website that due to declining health, he could no longer maintain a public schedule. Over the past month, the brothers have been posting brief health updates about the priest and asking for prayers.

The brothers confirmed on Dec. 13 that he had passed away.

Warsaw recalled the “kind and holy man who always brought joy to the EWTN family and who was a constant witness to the Franciscan spirit. We will certainly miss him,” he said.