Prep had grown accustomed to state football titles, but not this year 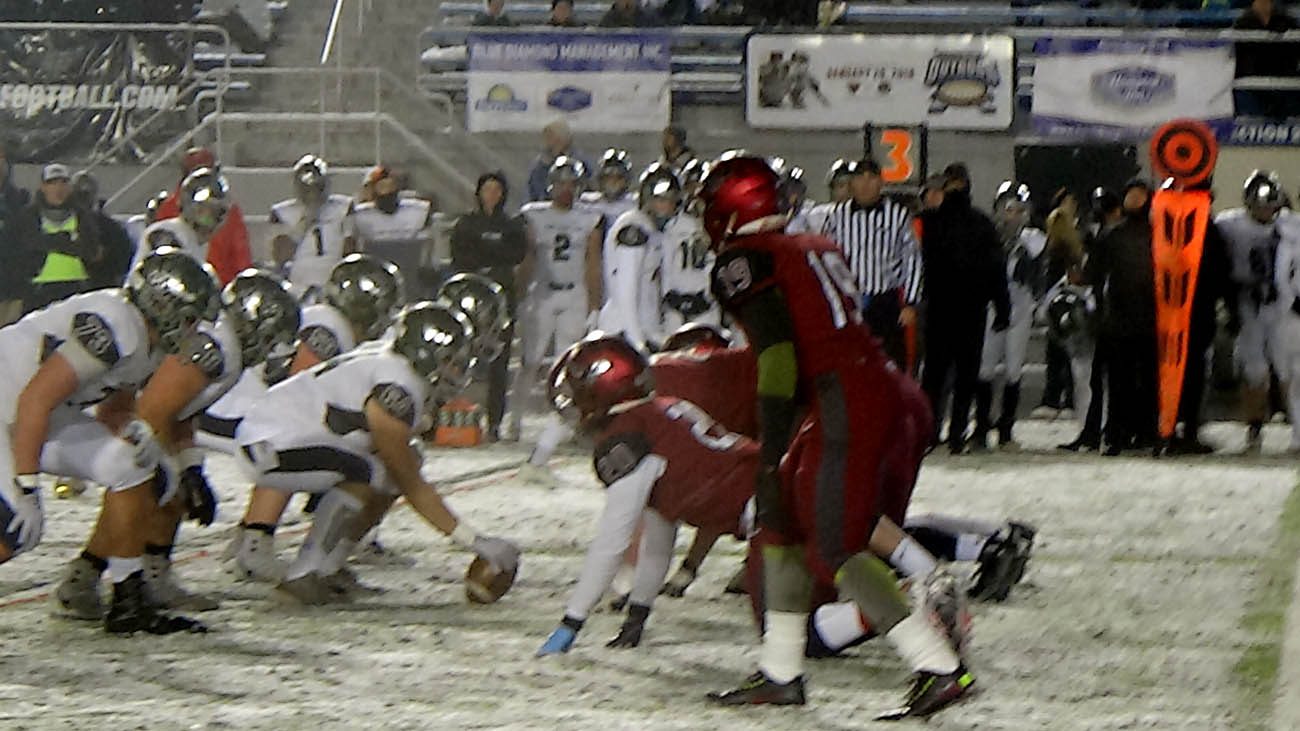 The St. Joseph's Prep Hawks line up against Pine-Richland, which prevailed 41-21 in the PIAA Class 6A state championship football game Dec. 9 in Hershey, Pa. (John Knebels)

HERSHEY, PA — With three minutes remaining in regulation and the unfortunate reality having begun to settle in, numerous members of the St. Joseph’s Prep sideline verbally encouraged their teammates on the field.

“Get the job done,” said another.

And then the final seconds ticked away, and a storybook season for the Hawks was missing a key chapter – a victory celebration.

Led by one of the best quarterbacks in the nation, Notre Dame University-bound Philip Jurkovec, undefeated Pine-Richland (16-0) used a dominant second half to dethrone the defending champion Hawks, 41-21, in the PIAA Class 6A state championship final Saturday, Dec. 9 at the majestic Hershey Park Stadium.

Despite the chocolaty environs, very little was sweet about the Prep’s attempt to win a second straight state crown and fourth in five seasons.

“It’s very hard, especially knowing all the hard work that everyone put in since January working to that goal,” said All-Catholic defensive back Dawson Deiuliis. “We just came up a little short.

“Pine Richland was a great team and they made the plays they needed to, and we did not. I’m just very grateful for the experiences over the last four years and wouldn’t trade it for the world.” 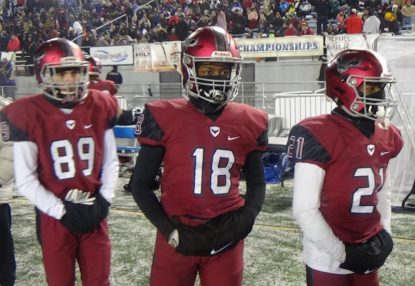 St. Joseph’s Prep players face the inevitable: the PIAA title they’d work so hard to defend since last January would not be theirs, as Pine-Richland prevailed, 41-21, Dec. 9. (John Knebels)

While watching a 27-game winning streak over two seasons evaporate among atypical maladies such as turnovers, dropped passes, errant passes and untimely penalties (some highly questionable), the Hawks (13-1) remained motivated to play until the end.

On 13 carries, sophomore Kolbe Burrell rumbled for a career-high 158 yards and his 14th touchdown – he scored in 11 of the Prep’s 14 games – and provided the Hawks with a glimpse of hope when he raced 56 yards for a touchdown with 3:46 left in the third quarter to lower the deficit to 28-14.

Junior Marques Mason added 73 yards and a touchdown (his 14th of the season and sixth in four games). Senior quarterback Marquez McCray hooked up with Brandon Sanders (5 catches for 60 yards) for the senior receiver’s ninth score of the fall.

NEXT: Archbishop Wood wallops foe, 49-14, for state 5A football title