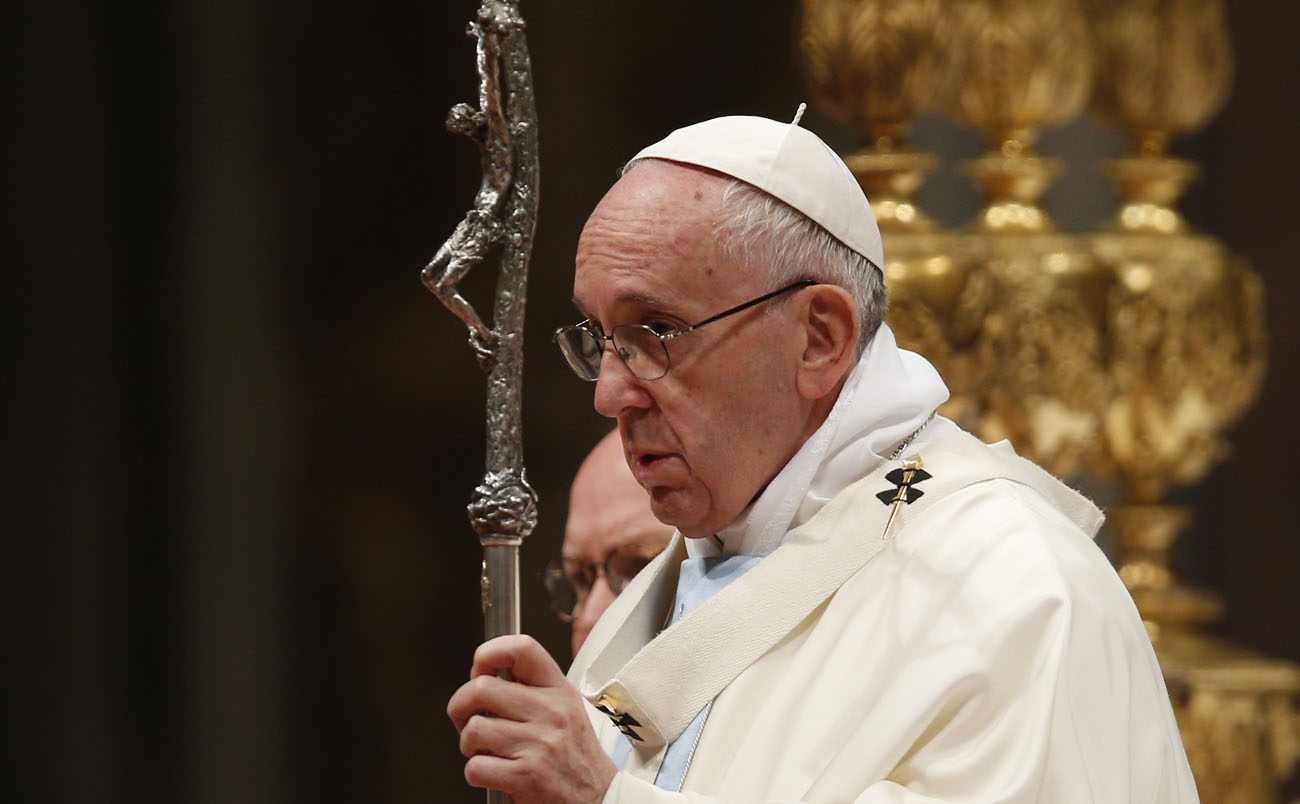 Pope Francis holds his crosier as he celebrates Mass marking the feast of Mary, Mother of God, in St. Peter's Basilica at the Vatican in this Jan. 1, 2018, file photo. (CNS photo/Paul Haring)

VATICAN CITY (CNS) — Pastors who preach one thing and do another are wounded and harm the church, Pope Francis said.

Like the scribes and Pharisees of old, pastors end up leading a double life when they detach themselves from God and his people, the pope said in his homily Jan. 9 during morning Mass at the Domus Sanctae Marthae.

“Jesus is clear in this: ‘Do what they say’ — they speak the truth — ‘but not what they do,'” the pope said. “It is awful to see pastors with double lives: it is a wound in the church.”

The pope reflected on the day’s Gospel reading from St. Mark in which Jesus astonishes the crowd by his preaching because he taught “them as one having authority and not as the scribes.”

That same authority, the pope explained, is awakened in today’s pastors when they are “close to God in prayer and close to the people.”

However, those who are detached from God and the people are “sick pastors who have lost their authority” and are incapable of preaching salvation to others, Pope Francis said.

“Jesus is very firm with them,” the pope said. “He not only tells the people to listen to them but not to do what they do, but what does he say to (the scribes)? He calls them ‘whitened sepulchers’ — beautiful in doctrine on the outside but inside, putrid. This is what happens to the pastor who is not close to God in prayer and with the people in compassion.”

Commenting on the day’s first reading, in which Eli gives a prophetic word of comfort to Hannah despite his own failures as a father and high priest, the pope said there is still hope for pastors who have their lives detached from God and from the people.

For Eli, “it was enough to look, to come close to a woman, to listen to her and awaken the authority to bless her and prophesy,” he said.

“Authority is a gift from God; it comes only from him,” Pope Francis said. “If a pastor loses it, at least do not lose hope like Eli. There is always time to be close and awaken this authority and prophecy.”

NEXT: Let the children come to me