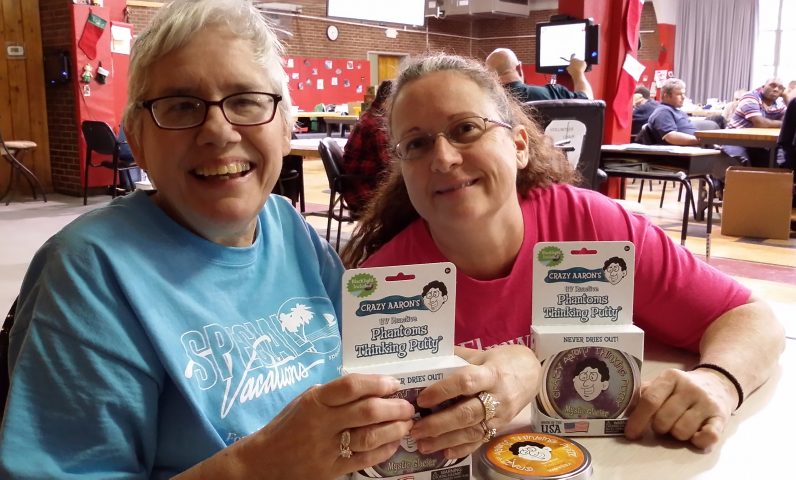 The Don Guanella and Divine Providence communities trace their origins in the Philadelphia area to St. Luigi Guanella (also known as “Don,” or “Father,” Guanella), a 19th-century Italian priest who ministered to children with physical and intellectual disabilities.

In the late 1940s and 1950s, the Archdiocese of Philadelphia invited Don Guanella’s religious orders — the sisters of the Daughters of St. Mary of Providence and the priests and brothers of the Servants of Charity — to establish facilities in the region.

The expansion of the mission of care over the years, along with more recent state initiatives to downsize large institutional care settings, has shaped the current structure of the communities.

(Related story: See how the communities have been caring with love and dignity for a woman with Down syndrome for 55 years.) 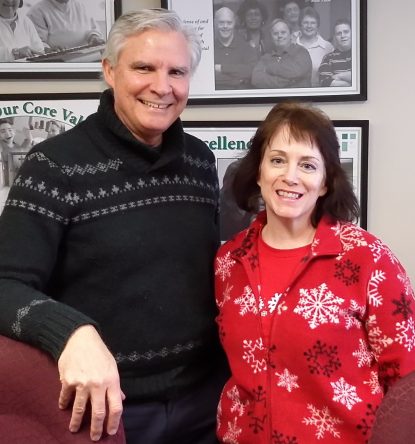 Mark Bradford (left), senior director of philanthropy, and Barbara Jenkins, director of admissions and communications, focus on both the spiritual and the strategic in the mission of the Don Guanella and Divine Providence Communities. (Gina Christian)

Don Guanella Village had maintained an institutional care facility in Springfield, Delaware County since 1960 before transitioning to the community-based group home model beginning in 2014 with cottages in Chester and Delaware counties. The Springfield property remains under agreement of sale.

That process includes the retention of a quality and risk management director, who has established strict protocols regarding security procedures, medication administration and incident reporting.

“I’ve never thought to worry about my sister being there,” said Cathleen Reis, sister of Noreen, a resident of the communities. “The documentation, the communication through emails and phone calls, is bar none.”

A self-described “gym rat” who walks several miles each day, Reis works closely with the staff to ensure her sister maintains a healthy weight.

“They never make me feel like I’m being intrusive in following up about Noreen,” she said. “They keep her active and walking, and follow my requests with open arms.”

Transparency and family involvement are among Don Guanella and Divine Providence’s “best practices,” according to spokesperson Barbara Jenkins.

“We have great relationships with other providers, and we’re in lots of groups where we all meet to find shared solutions to problems,” she said. “We aren’t in a vacuum.”

Bradford notes that part of finding such shared solutions lies in “building a culture of philanthropy” to offset cuts in federal support.

“There isn’t anyone that I know of who thinks that Medicare and Medicaid are going to continue at the same level they have in the past,” he said. “Thanks to generous donors over the years, we’re able to expand and contract with the need. Some smaller organizations don’t have that luxury, and they’re going out on a line of credit to try to make their payroll.”

PREVIOUS: Smiles you can’t fake: Joy of work, life and love for our most vulnerable