The One among us we do not recognize

Coming soon to you: The sacrament of amazing grace 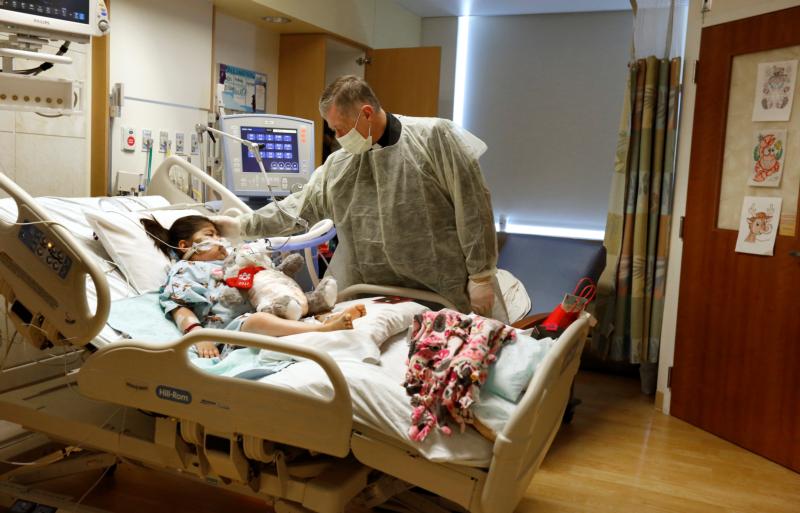 Sickness can be nothing less than dumbfounding. Perhaps without warning it strikes a friend or relative, someone who last month appeared entirely healthy. Its arrival stuns us.

Initially we may feel helplessly at a loss, neither knowing what to do, what to say to this person or how to say it. The sacrament of the anointing of the sick is for people like this — all of them, though in different ways.

First, it is a healing force for good in the life of someone who is seriously ill. Anointing a sick person with the oil of healing and peace petitions God to strengthen, comfort, encourage and even heal the person.

Second, when the sacrament assembles a small community of friends, relatives and others around a sick person, it serves them all by giving voice to their natural desire to ease suffering. The sacrament enables them to stand alongside their suffering friend and to join in coping with the confusions, pain or shaken hopes a serious illness can bring.

Personally, I never knew anyone who found this sacrament’s celebration anything less than wonderful. Even the parent of a teen whose life hung in the balance due to a dire, life-threatening injury, described how uplifting, comforting and inviting the sacrament was.

Mercifully and thankfully, that child survived and thrived.

The very existence today of this sacrament shows that the sick remain a central concern of the church community and are not meant to be ignored or pushed aside. When sickness prevents someone from coming to the Sunday Eucharist, the church’s ministers to the sick come to them.

The reason for this is clear in Scripture. Jesus went out of his way to comfort, speak with and heal the sick and people suffering from physical conditions that caused others of that time to ignore them or ostracize them.

The Gospels show that Jesus did not relegate profoundly ill people or others living with serious disabilities to a life apart.

Thus, he noticed the blind man who “used to sit and beg” at the Pool of Siloam in what today is Jerusalem. Speaking to the man, Jesus told him to “go wash” in the pool, which the man did. He “came back able to see.”

Later, Jesus went again to look for the man and speak with him. It seems the man was ridiculed and pushed aside — barred from the pool area due to his statements about Jesus (Jn 9:1-39).

The importance Jesus accorded to sick people was noted by St. Peter in a speech in the city of Caesarea, according to the Acts of the Apostles (10:38). Peter explained that Jesus “went about doing good and healing” oppressed people.

A Scripture reading from the Gospel of Luke that might well be heard during a celebration of the sacrament of the sick tells of Jesus curing many people “of their diseases” and sufferings (7:18-23). In this reading John the Baptist sends two of his disciples to ask Jesus, “Are you the one who is to come, or should we look for another?” Jesus responds:

“Go and tell John what you have seen and heard: The blind regain their sight, the lame walk, lepers are cleansed, the deaf hear, the dead are raised, the poor have the good news proclaimed to them.”

In early Christian times the epistle of James accented the importance of an anointing for the sick (5:13-15). It asked, “Is anyone among you sick?” If so, it continues, “he should summon the presbyters of the church, and they should pray over him and anoint (him) with oil in the name of the Lord.”

The sacrament of the sick continues the healing work of Jesus. This sacrament puts into practice the Christian community’s great concern for human well-being, including both spiritual and bodily health.

The sacrament of the sick, however, is not reserved to those nearing death. Actually, it expresses hope for healing and recovery. So people with serious illnesses of many kinds receive the sacrament, including those who are injured, face serious surgery or suffer emotional illnesses, for example.

The sacrament of the sick expresses Christ’s healing care and kindness toward people who are sick and suffering. But what kinds of healing are meant?

Recovery from an illness or physical condition is one kind. But a healing of the spirit within that gives rise to renewed hope and trust in God, as well as to the quieting of anxiety and fear, also is meant. And could the sacrament’s celebration lead to the mending of relationships?

Christ’s care and kindness tend to spread, to expand in amazing ways.

NEXT: A misunderstood sacrament: Anointing of the sick