Why do we still need Black History Month? 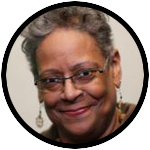 Do you remember when flipping the calendar from January to February signaled “time to learn about black people”?

Teachers scheduled field trips and presentations. Anyone who desired could tune into assorted TV programs, find films and attend stage performances. Librarians extended recommended reading lists to include books by, for and about African-Americans. Schoolchildren wrote reports, prepared recitations and explored historical, scientific and cultural achievements of African-Americans in the United States.

I sense those days are gone while pondering if that’s a bad thing. Has interest subsided because we know so much more now or because “black history” has been well assimilated into the narrative of “American history?” More important, has the populace benefited from a cordoned-off study of the achievements of black people?

If asked, most of us could recite highlights for a handful of luminaries. You know the ones. Essentially, a narrative has worn thin because it is boring, predictable and unenlightened. And, without malice, the majority simply question the relevance of black history in our lives today.

Our lives can be cluttered with trivial distractions and partisan bickering. Yet we grasp for meaning in our activity, for rapport with others, for encouragement to become better humans. Meanwhile, we are steered toward being disinterested, less curious and more skeptical about our history in general and black thought in particular.

Why take a deeper look? We have long rested in the idea that Americans are more tolerant of racial differences today, that racial antipathy is an aberration. However, tolerance of others doesn’t erase antipathy or disregard for them.

After years of Black History Month observances, are we any closer to establishing the “beloved community” of which the Rev. Martin Luther King Jr. spoke or manifesting the kingdom of God that Jesus preached?

Undoubtedly, the world needs missionary disciples who are more cognizant, welcoming and formed in their faith, who are able to relate effectively across cultures. We need teachers, lawyers, parents, students, medical personnel, public servants, scientists, businesspeople and artists who deeply respect the dignity of others.

The Catholic bishops of the United States are addressing racism and other forms of injustice. They established an Ad Hoc Committee Against Racism by which they will identify actions that church leaders at every level can take to foster healing and racial reconciliation.

This continued movement of the Holy Spirit within the Catholic Church in the United States offers all of us a prime opportunity to reassess the relevance of inclusive U.S. history. I believe God is calling us today to recognize the epiphenomenal impact of African-Americans in the United States.

It is imperative — and not too late — to correct the miseducation that was carefully spoon-fed to most of us as impressionable youth. To be clear, if the people of God are sincere about addressing racism and reducing its effects on individuals, communities and institutions, a natural focal point is Catholic education and catechesis — developing curricula in partnership with seminaries, schools, colleges and universities, campus ministry programs and diocesan and parish formation programs.

Thankfully, we don’t have to tackle this alone. We have a great advocate who desires to fill us with love. In the words of St. Augustine, “May your creed be for you as a mirror. Look at yourself in it, to see if you believe everything you say you believe.”

Grimes is the assistant director of African-American Affairs in the Secretariat of Cultural Diversity of the U.S. Conference of Catholic Bishops.

NEXT: Healing the persistent evil of racism in the Catholic Church