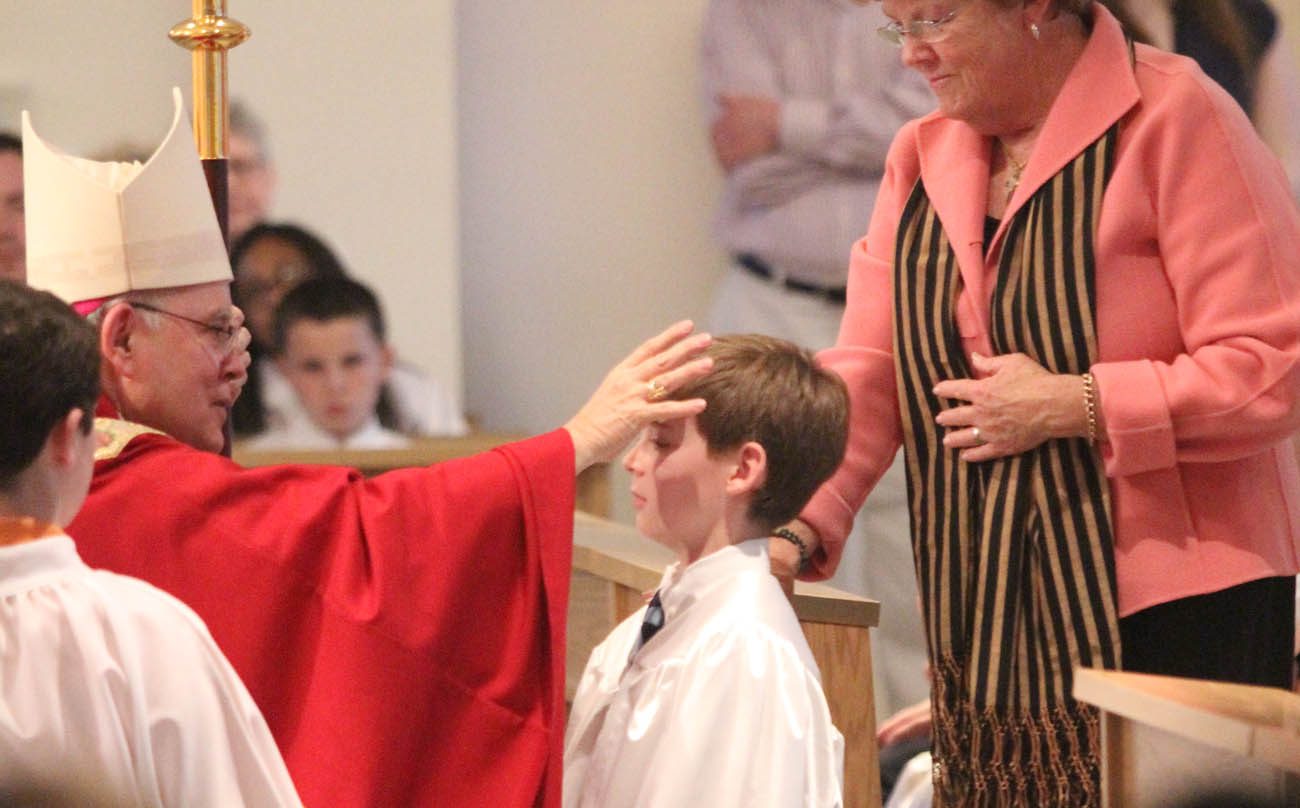 In a letter sent to all pastors by Archbishop Charles Chaput in January of this year, it was announced that the Archdiocese of Philadelphia is transitioning to a later age for the reception of the sacrament of confirmation.

In his formal announcement, the archbishop said the revised standard “is mandatory for all parishes within the archdiocese and to all schools and religious education programs, including private Catholic schools and Independence Mission Schools.”

Archbishop Chaput stated there was favorable discussion of this new standard of higher grade levels for the celebration of confirmation at a meeting of the Council of Priests, and that the revision was supported by the council.

“I am hopeful that this new standard of 7th and/or 8th grades will better prepare our candidates for the sacrament of confirmation to receive the gifts and graces of the Holy Spirit to live more boldly the faith they have received in baptism,” he wrote.

(See a short history of the shifting ages for administering the sacrament of confirmation in the Catholic Church, here.)

A sample letter from parish pastors to parents explained the archdiocese conducted a two-year-long study regarding the grades for confirmation.

“Overwhelmingly,” said the letter, “bishops, pastors, principals and directors of religious education noted there is a much better understanding of the sacrament of confirmation by older grade school students.” 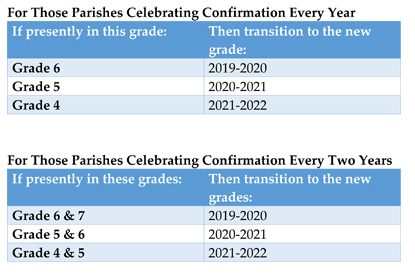 The Council of Priests “voted almost unanimously” for the higher grade levels on June 29, 2017, the letter said, and last summer a consultation with the priests of the archdiocese was conducted.

“This consultation supported the June 29 decision and on Sept. 21 the Council of Priests again voted in favor of this change from the practice of confirmation in grades 4, 5 or 6,” the letter said.

It further explained that at the recent Jan. 18 meeting of the Council of Priests, the archbishop “approved the implementation plan” for celebrating the sacrament of confirmation in the archdiocese.

“Therefore, beginning in the 2018-2019 school year, only those parishes which presently confirm in grades seven and/or eight will celebrate the sacrament of confirmation,” the letter said.

The changeover will take place over three years, beginning in the fall of 2018.

Such a change probably would have little impact on Catholic elementary schools where students normally are enrolled through eighth grade anyway. Could it affect Parish Religious Education Programs (PREP) where more often than not students drop out after the year of confirmation?

At St. Robert Bellarmine Parish in Warrington, Director of Religious Education Donna Heeney has been overseeing a huge PREP program for decades, and she thinks the new standard won’t have any effect.

Her candidates are presently confirmed in sixth grade, about 70 this year, and in her parish she sees very little attrition prior to confirmation at whatever age the sacrament is administered.

Heeney herself is from a generation when confirmation was celebrated at a much younger age. She was in second grade when she was confirmed, which was not unusual in past decades.

But each generation has different needs. As the sample letter to parents from pastors states, “I am confident that this change, with familial support, will allow a deeper apprenticeship in the faith and a stronger relationship with God for your child.”

As to whether a particular parish should choose to have children confirmed in either seventh or eighth grade, the directive advises, “Pastors are encouraged to meet with the DRE, the school principal and others who should be included to discuss and determine the grade of choice” for candidates for the sacrament.

“In this circumstance for the sake of curriculum especially, all should agree on the same grade,” the letter advised.

PREVIOUS: Troubles behind them, teens show kids a better way to live

NEXT: The shifting ages for confirmation: A history