This Lent, learn ways to turn cold hearts to light of Christ 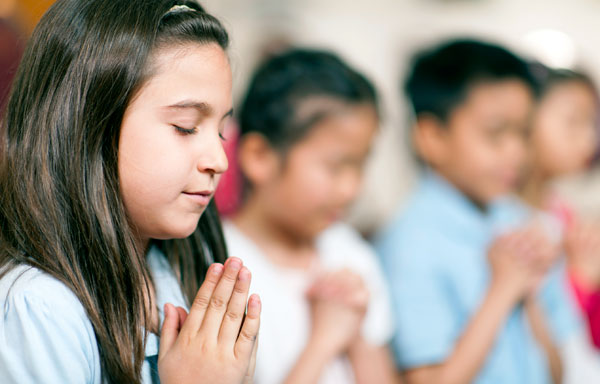 The traditional Catholic formula of Lent is well known to most Catholics: prayer, fasting and almsgiving.

But listen closely to the Gospel reading for Ash Wednesday on Feb. 14, the beginning of the Lenten season, and one notices Jesus describing the three “pillars” as first giving “alms,” or charitable works; followed by prayer and lastly, fasting.

The Lord suggests doing all three “in secret,” and promises that God the “Father who sees in secret will repay you.”

One-quarter of funds raised locally stays in the local area – in this case, archdiocesan Nutritional Development Services benefits by using the funds to stock parish-based food cupboards in needy areas throughout the Philadelphia region.

Other worthy beneficiaries are the Catholic Charities Appeal benefiting 180 Catholic agencies and programs that serve some 200,000 local people regardless of creed or background every year.

And of course, supporting one’s parish as it works to lead people of the local community to Christ is a worth recipient of one’s stewardship.

Parishes are primarily places of prayer that offer numerous opportunities to aid one’s spiritual growth. That might include committing oneself to a more regular practice this Lent of eucharistic adoration, Bible study, rosary, daily Mass, stations of the cross on Fridays or attending parish missions, talks and other local offerings over these 40 days.

Find a list of parishes in the Archdiocese of Philadelphia here.

Fasting is probably the practice that Catholics most associate with Lent, especially refraining from meat on Fridays. Officially, the bishops of the United States prescribe as a minimal obligation that all persons who 14 years old and over are bound to abstain from eating meat on Ash Wednesday, on all the Fridays of Lent and Good Friday.

Also, everyone 18 and older, up to and including their 59th birthday, is bound to fast by limiting themselves to a single full meal on Ash Wednesday and on Good Friday, while the other two meals on those days are to be light.

(See full packages of Lenten resources on prayer and other practices by the United States Conference of Catholic Bishops, the Catholic Apostolate Center, Loyola Press and the Diocese of Little Rock, Arkansas.)

Although doing less (fasting) while also doing more (prayer and almsgiving) may seem burdensome and bleak, Pope Francis urges all Christians to “take up the Lenten journey with enthusiasm,” as he wrote in his message for Lent this year.

Yes it is cold outside in mid-February, but the pope cautions against a far more serious coldness of heart.

“What are the signs that indicate that our love is beginning to cool?” he asks. “More than anything else, what destroys charity is greed for money. The rejection of God and his peace soon follows…. All this leads to violence against anyone we think is a threat to our own ‘certainties,’” he said, listing attacks upon the unborn child, the elderly and sick, migrants and “the alien among us” and even our neighbors.

This cold even extends to our own local communities, whose signs are “selfishness and spiritual sloth, sterile pessimism, the temptation to self-absorption, constant warring among ourselves, and the worldly mentality that makes us concerned only for appearances, and thus lessens our missionary zeal.”

Against the cold within, Pope Francis suggests a remedy in the three Lenten pillars and their “flame of charity.”

The pope mentioned the “24 Hours for the Lord” devotion for the worldwide church from Friday, March 9 to Saturday, March 10. It is an opportunity for Catholics everywhere to “celebrate the sacrament of reconciliation in the context of eucharistic adoration,” Pope Francis wrote.

All the practices and devotions of Lent move Catholics to the fire of the Easter Vigil where “the light of Christ rising in glory dispel(s) the darkness of our hearts and minds,” the pope wrote. “By listening to God’s word and drawing nourishment from the table of the Eucharist, may our hearts be ever more ardent in faith, hope and love.”

PREVIOUS: Take a moment to learn more for your marriage

NEXT: RISE challenges all men to live ‘fullness of their vocation’ every day