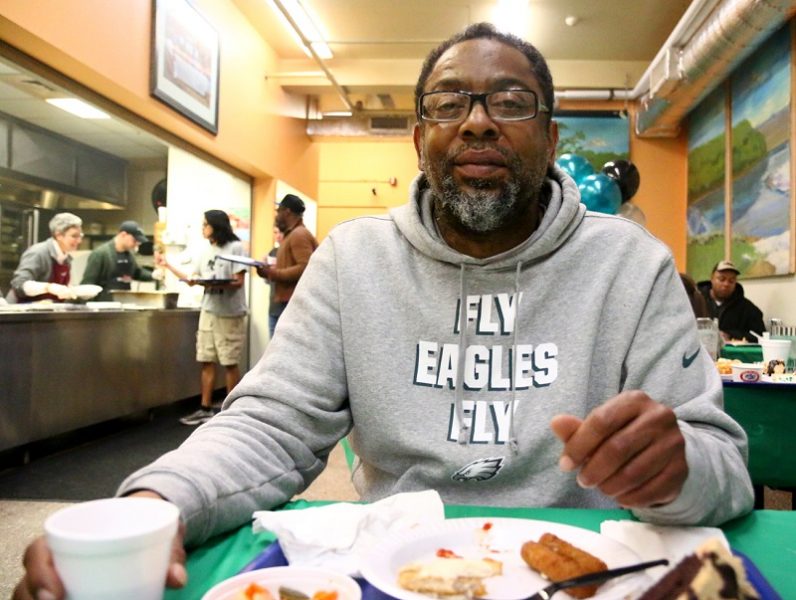 Carl, a resident of St. John’s Hospice, enjoys a clam chowder lunch as well as the chance to show off his Eagles sweatshirt. The hospice received a cash donation, along with the meal, thanks to a friendly Super Bowl wager among Archbishop Charles Chaput of Philadelphia, and Cardinal Seán P. O’Malley and Bishop Robert P. Reed of Boston. (Sarah Webb)

The hospice, a ministry of Catholic Social Services that assists homeless men in Philadelphia, received a $100 cash donation from Cardinal Seán P. O’Malley, Archbishop of Boston, as payment of a Super Bowl LII wager with Archbishop Charles Chaput.

The funds were presented on Feb. 14, followed by a lunch of New England clam chowder from Legal Sea Foods. The meal was sponsored by Boston auxiliary bishop Robert P. Reed, who had also wagered against the Eagles in the big game.

The donation and the hearty soup satisfied the bet — and the residents of St. John’s Hospice. 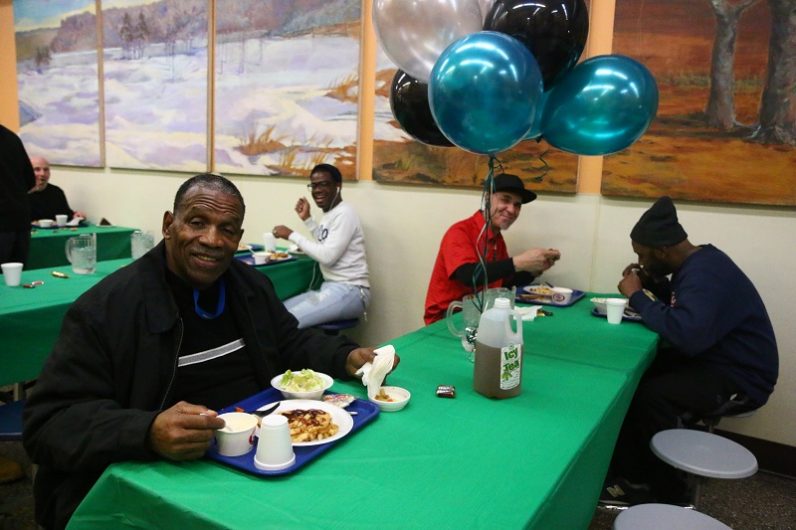 Residents of St. John’s Hospice enjoy a clam chowder lunch on Feb. 14. The meal was the result of a friendly wager between by Bishop Robert P. Reed of Boston on the outcome of Super Bowl LII. (Sarah Webb)

NEXT: For one Philly priest, all roads lead to Rome