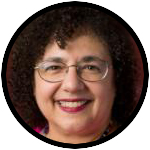 We might not think that a 13th-century woman could speak to the modern world, but St. Clare of Assisi challenges us. She was a feminist before feminism existed. Clare spent much of her life fighting patriarchy and power to live the Franciscan way.

Clare was born in 1194, Clare Offreduccio di Favarone, into a noble family. Her lineage gave Clare literacy and management skills, as a wife would manage a large household — skills she brought into her religious life. Clare, at 18, heard St. Francis preach during Lent.

On Palm Sunday in 1212, she left home to join Francis and his brothers — the first woman to do so. Clare’s male relatives came after her. These men were knights, the vocation to which Francis aspired, one that, when he was a prisoner of war, so broke him that it led to his true vocation: his conversion.

We can imagine the men’s reaction to Clare’s disobedience: furious that a woman would flee her prescribed roles. Clare was a bargaining chip in her world, expected to make a marriage that acquired land and property and to produce property: heirs.

As Poor Clare Sister Joan Mueller, a Franciscan scholar, writes, Clare, had she married, would have watched her husband go to war in which he would kill and rape and, then, he would come home to Clare and manage the family possessions that exploited the poor.

Clare’s flight, therefore, was from her own oppression, but also out of a violent, oppressive system. Francis cut her hair to a tonsure, and when her male relatives saw that, they, realizing that she had lost her “worth,” walked away.

Clare is the one who held fast to Francis’ teachings in the face of papal opposition. She, renouncing social status first, went to a Benedictine convent as a servant. Later, her cloister was established at San Damiano, which became the center of Franciscan life, probably through Clare’s careful management.

As head of her order, Clare claimed and fought for the “privilege of poverty,” which she saw as the core of Francis’ teaching, exemplified in the Poor Christ, born in poverty and self-emptying for the salvation of human kind. Clare saw the cycle of exploitation and accumulation was the opposite of this self-emptying.

Francis and Clare lived in a time, not unlike our own, when a growing merchant class was dividing class distinctions and when a new urban poverty was emerging. What they saw was that to be powerful in that society put one in a position to exploit the neighbor, so they chose poverty.

For us, Clare’s “privilege of poverty” does not mean giving up everything, but it does mean being mindful of how possessions and prejudices distance us from our neighbors, creating suffering.

She fought for the “privilege” beginning in 1216, defying Pope Innocent III who, with good intentions, wanted to grant land to the growing number of women penitents to make sure they did not starve and that they were relatively safe.

Clare, with “swift pace and light step,” as she advised Agnes of Prague, was resistant and in 1228 Pope Gregory IX approved her request: “No one can compel you to receive possessions.” In 1253, Pope Innocent IV approved the rule Clare herself wrote, with the “privilege” at its center.

Clare was ill for most of her late life, but frailty did not limit her courage. Her monastery was outside Assisi’s walls. When Emperor Fredrick II approached Assisi, his mercenaries reached her monastery first. Clare, taking a monstrance, confronted the Saracens with the consecrated host, and terrified, they ran. Clare protected not just her sisters, but also the city.

At San Damiano, Clare, in essence, was both a partner in Franciscan development and the keeper of Francis’ memory. As his adviser, when Francis was deciding whether to become a contemplative or to act in the world, Clare urged him to do the latter, and he agreed. These two, one outside and one inside, are the complementary partners who developed the Franciscan way.

Clare, dying on Aug. 11, 1253, called her sisters together to bless them: “May the Lord be with you always and, wherever you are, may you also be with him.” Clare was canonized in 1255.

Carolyn M. Jones Medine is a professor in the religion department and in the Institute for African-American Studies at the University of Georgia. A secular Franciscan, she is researching St. Clare’s letters to Agnes of Prague. She is a guest columnist for Catholic News Service.

PREVIOUS: Authentic dialogue for our times

NEXT: As we forgive: what Jesus asks of us in the Lord’s Prayer