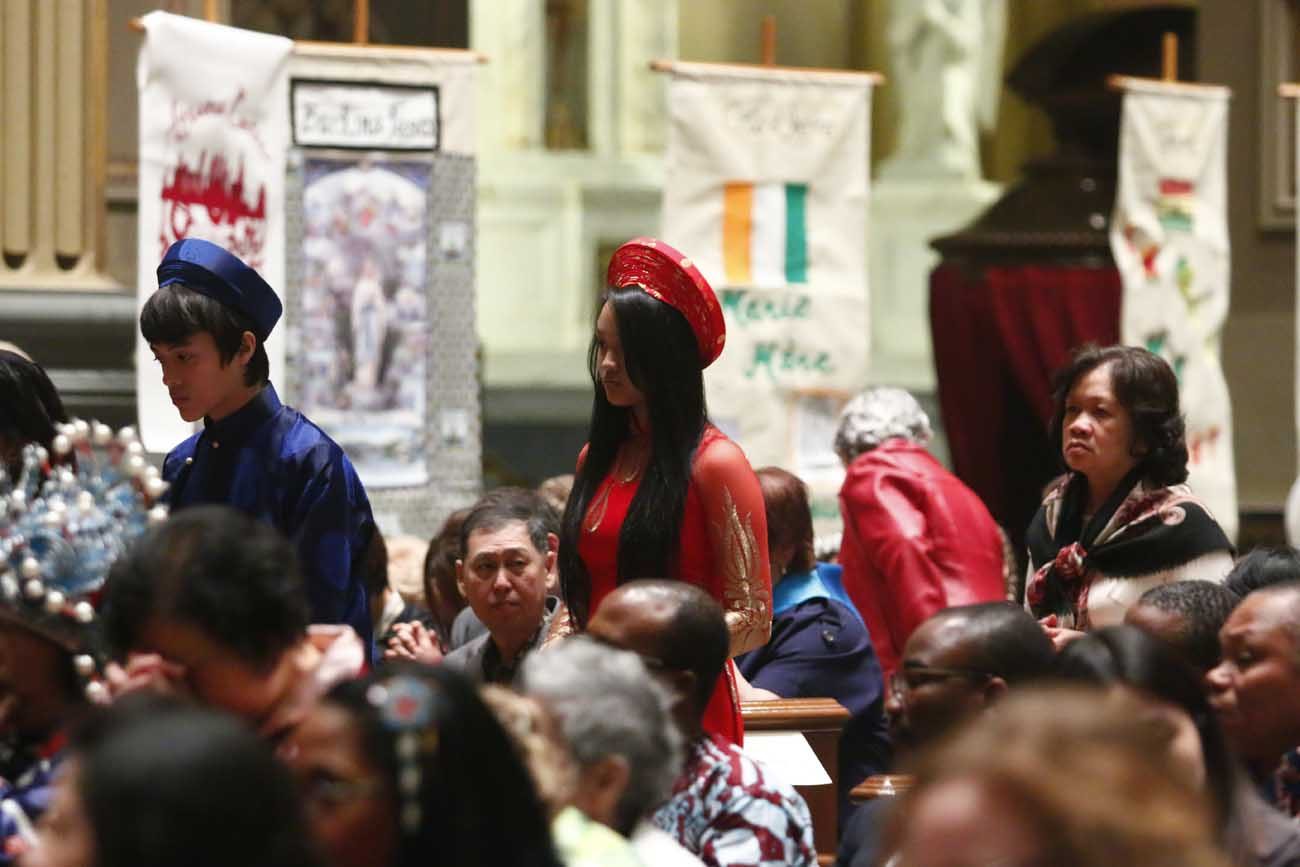 The annual Cultural Heritage Mass of the Archdiocese of Philadelphia, which highlights the rich history and cultural diversity of the Catholic community in Southeastern Pennsylvania, will be celebrated Saturday, March 17 beginning at 2 p.m. at the Cathedral Basilica of SS. Peter and Paul.

Archbishop Charles Chaput will be principal celebrant and homilist for the Mass that draws people with origins in Asian, African, European, Caribbean, Brazilian and Native American communities.

In honor of St. Patrick’s Day on the 17th, bagpipers will lead the procession beginning at 2 p.m. in which participants dressed in native attire will walk in the opening procession behind banners that display their country of origin.

Scripture readings and prayers will be proclaimed in eight languages including French, Malayalam, Swahili, Korean, Polish, Mendeh and Indonesian. Including English, 14 different languages will be spoken or sung at the Mass this year. Additionally, six choirs will provide multilingual music throughout the Mass.

The Cultural Heritage Mass is sponsored by the archdiocesan Office for Pastoral Care for Migrants and Refugees, which welcomes all to attend.

The Cathedral Basilica is located at 18th Street and Benjamin Franklin Parkway, Philadelphia.

NEXT: CCA Night with the 76ers supports outreach to all