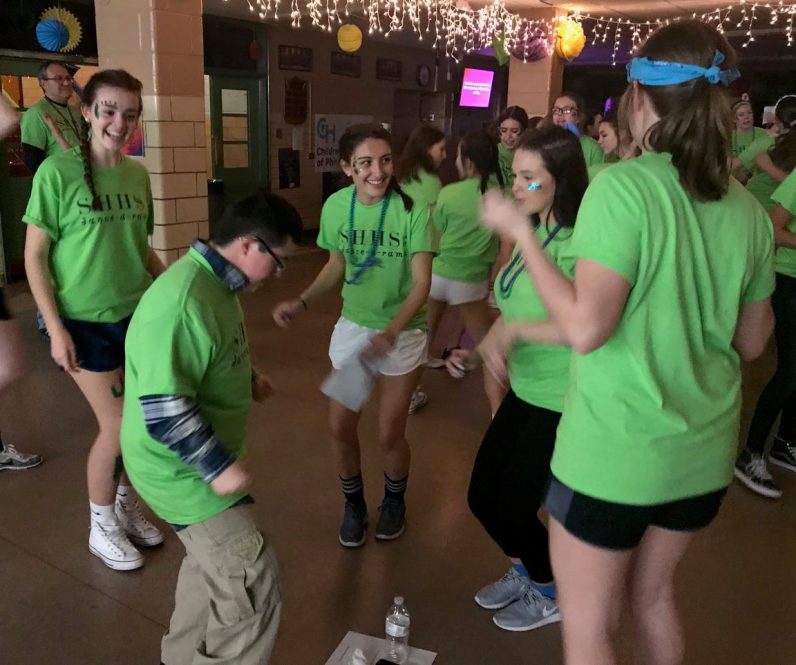 Mick Haines of Our Lady of Confidence Day School (OLC) joins students from St. Hubert Catholic High School for Girls at Dance-A-Rama. The March 2 charity event raised over $13,000 for OLC and for Children’s Hospital of Philadelphia. (Tricia Dougherty Decker)

While a winter storm pounded the Philadelphia region last Friday, students of St. Hubert Catholic High School for Girls danced up a storm on March 2 and raised over $13,000 for charity.

Despite the howling winds and frozen roads, more than 200 Bambies hunkered down in the school cafeteria for their first Dance-A-Rama. The event kept students out on the dance floor form 4 until 10 p.m., collecting funds through registration fees, sponsorships by area business and individual contributions.

The proceeds will be equally distributed between two beneficiaries — Our Lady of Confidence Day School (OLC), one of four archdiocesan schools of special education, and the nephrology division at Children’s Hospital of Philadelphia (CHOP).

Although they may seem unrelated, both causes hit home at St. Hubert.

Michaela Graf, a senior, suffers from loin pain hematuria syndrome (LPHS), a rare disorder marked by severe pain and blood in the urine. Diagnosed in November 2016, she missed 30 days of school in both her sophomore and junior years while undergoing treatment at CHOP.

Graf managed to catch up with her studies, and now hopes to fund an education director position at CHOP to help other patients stay on track in school while in the hospital. 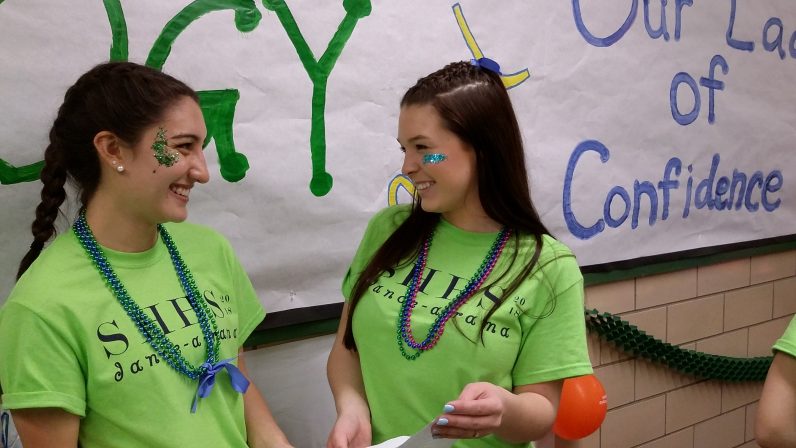 Elizabeth Lopez and Michaela Graf, both seniors at St. Hubert Catholic High School for Girls, take a break from Dance-A-Rama. The March 2 charity event raised over $13,000 for Our Lady of Confidence Day School and for Children’s Hospital of Philadelphia. (Gina Christian)

The student council officer also wants to increase awareness of the disease, which is treatable but not curable.

“Kidney issues in children don’t receive as much attention as other pediatric illnesses,” she said.

For senior Elizabeth Lopez, the evening’s second beneficiary was a natural fit for the school’s outreach efforts.

“We focused on Our Lady of Confidence because a number of St. Hubert students have family members and friends in the intellectual disabilities community,” said Lopez, who is vice president of the student council. “We really wanted the girls to know where the money is going.”

Throughout the evening, speakers shared their personal connections with OLC and CHOP. Mick Haines, an OLC student, joined participants on the dance floor after his presentation.

Math teacher Mary Clifford provided short lessons each hour for the evening’s final number, a choreographed line dance for everyone in attendance.

The group finale exemplified the event’s focus on working together for a good cause, according to Tricia Decker, the school’s advancement director.

Decker noted that the students had organized the event in less than five weeks, and had far exceeded their original goal of $5,000 only 90 minutes into the evening.

In fact, the Bambies had already collected $4,000 before the music even started. Just two days before the event, the student council voted to double the goal to $10,000.

Principal Gerard Laskowski was impressed but not surprised by such determination, given the tenacity and focus the students had demonstrated while planning Dance-A-Rama.

“They lobbied me very strongly to have the event,” Laskowski said. “I told them they’re all going to make good lawyers and good salespersons someday.”

With the first Dance-A-Rama a success, the students are looking to develop long-term relationships with beneficiaries such as OLC.

“It’s a great way of teaching these girls not just philanthropy, but community service,” Decker said.

“I hope we can at least help one child,” she said. 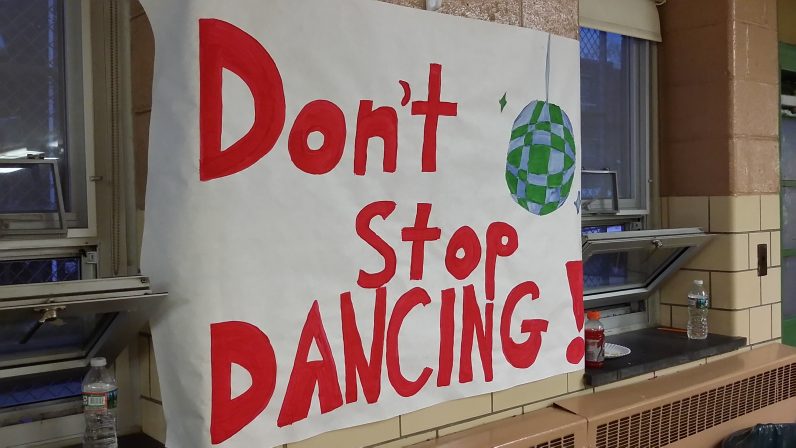 NEXT: After 10 years, good news of Man Up Philly is going national