After 10 years, good news of Man Up Philly is going national 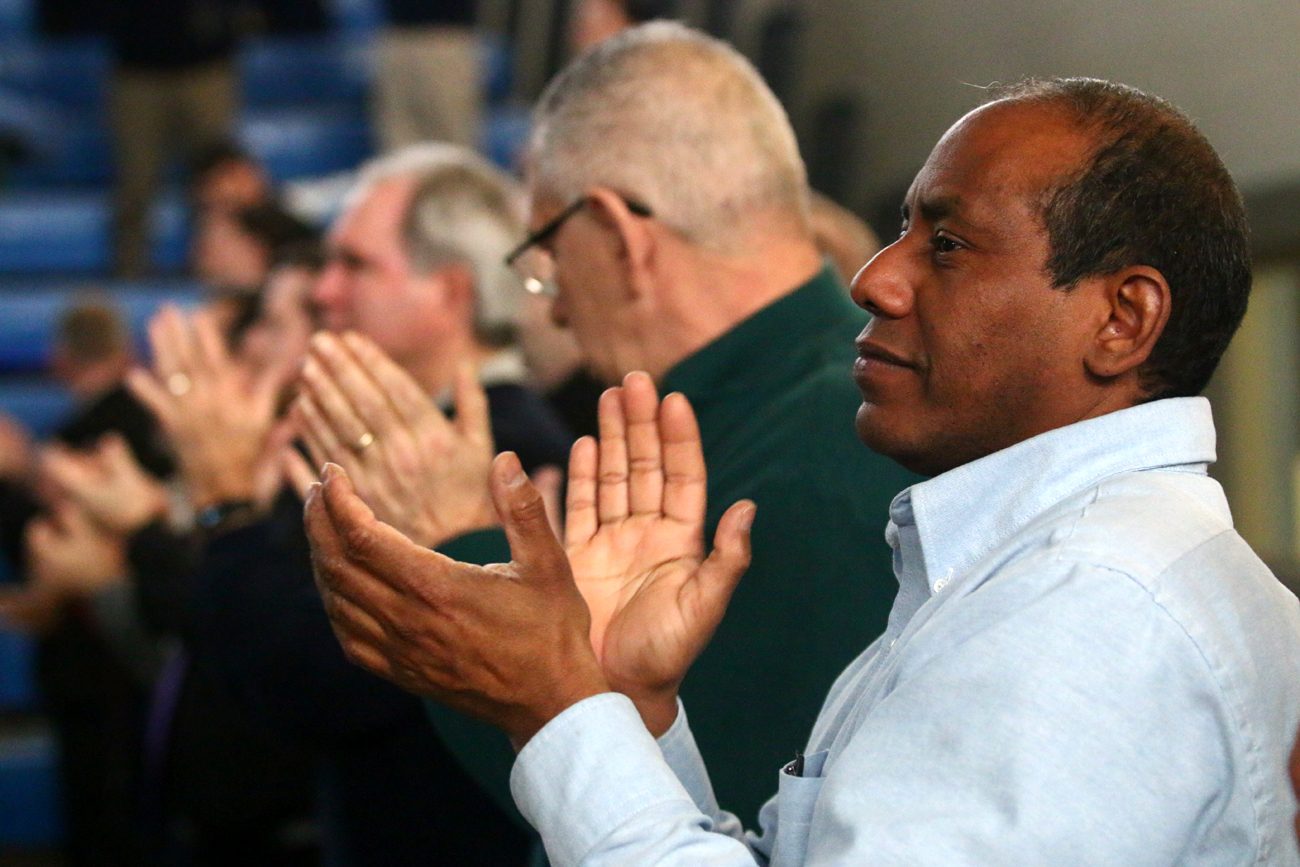 Enjoying a conference at the Man Up Philly event at Neumann University on Saturday, March 3 is William Shirino of St. Barnabas Parish in Philadelphia, one of about 1,300 men attended. (Photo by Sarah Webb)

The conference has lost none of its vitality over the past decade, as shown by the approximately 1,300 men (and sons) who attended. Considering the horrendous weather the previous day, it was a pleasant surprise for organizers and attendees.

Man Up Philly has its roots in a relatively small men’s Gospel discussion group that met at St. Mary Magdalen Parish, Media. Since then it has taken on a life of its own, according to Eustace Mita, who has been chairman of the event from the beginning.

As a matter of fact, Man Up has been advising groups in other dioceses around the country on how to hold a similar conference. “We’ve developed ‘Man Up in a Box’ hoping to take it nationally and internationally,” Mita said. “We help others get it launched.”

The day began with 8:45 a.m. Morning Prayer, led by Bishop Robert Maginnis, followed by talks from motivation speakers on a variety of topics and ending with a 4 p.m. Mass celebrated by Archbishop Charles Chaput. 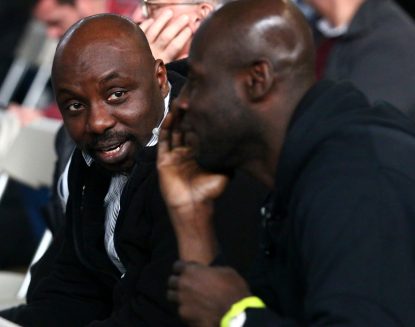 On the musical side there was internationally known Marty Rotella, founder of Spirit Power who assisted throughout the day, along with equally inspiring Irish tenor Mark Forrest.

Speakers included Jim Towey, president of Ave Maria University, who was a former attorney of Mother Teresa of Calcutta and director of the White House Office of Faith-Based Initiatives under President George W. Bush.

He was followed by Don Saleski, a former righter winger (hockey that is) with the Philadelphia Flyers and the Colorado Rockies.

You can’t have a Catholic men’s conference without a plug for religious vocations, and in this case it was Father Steve DeLacy advocating for priestly vocations and Deacon Michael Pascarella speaking up for the permanent diaconate.

Entrepreneur Brian Gail, who is a force in the archdiocese in programs for the underprivileged and for Catholic education, also spoke. So did all-pro former Philadelphia Eagle and Denver Bronco Seth Joyner, who has proved himself equally adept as a Christian motivator as he was on the gridiron.

In his homily at the Mass, Archbishop Chaput tied in the anticipated readings for Third Sunday of Lent.

Alluding to the covenants made by God with his people, the archbishop said a covenant is a contract, but not in the business sense or a legal contract. It is a covenant from our heart.

Further on in the Gospel reading when Christ said, “Destroy this temple, and in three days I will raise it,” the archbishop explained that the Lord “was not referring to a building but to himself.” 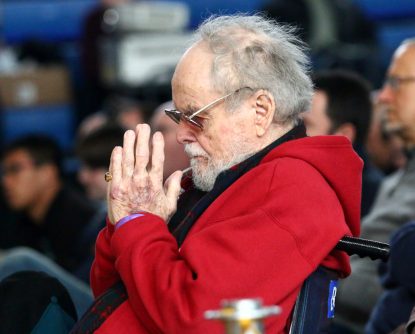 Bill Wright of St. Monica Parish in Berwyn prays during Mass at Man Up Philly.

The place where we encounter God, he said, “Is in the person of Jesus Christ.” He continued explaining that Christ is the real church, not a physical building, and we should not get caught up with buildings but focus on Christ.

“It is so important to pass on the faith to the next generation,” Archbishop Chaput said. “We are not passing on a Catholic culture, we are passing on the Personship of Jesus Christ.”

Some of the men attending the conference were first timers but many more were veterans of past conferences.

“This is my third year coming,” said Jerry Davis, a board member of St. Charles Borromeo Seminary. “It is wonderful how we all gather; it is like Christmas and Easter. It reminds us all to have Christ in our lives and find other men (who) are not afraid to have the courage to profess it.”

For John Chapman, who was at his ninth Man Up Philly conference, “It is just a blessing,” he said. “It is like all the men of the archdiocese are here.”

Whether it was a first time or the 10th time, chances are those who came will be back next year. Renewal is a lifetime commitment.

NEXT: This Sunday, St. Patrick’s Day parade steps off in Phila.