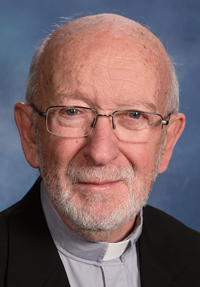 Deacon Arthur M. McGuire, 82, a retired permanent deacon of the Archdiocese of Philadelphia, died March 7 as a result of complications from lymphoma.

He was born in Williamsport, Pa., and his family relocated to Philadelphia in 1942. He was ordained a permanent deacon June 1, 1997 at the Cathedral Basilica of SS. Peter and Paul by Bishop Joseph F. Martino. He was assigned to St. Francis of Assisi Parish, Springfield, and remained there until his retirement in the fall of 2017.

Deacon McGuire was self-employed with McGuire Publications in Springfield, having previously worked for several years as a journalist.

He is survived by his wife of 51 years, Bridget Patricia (nee O’Malley); five children, Donal, Ann-Marie, Kathleen, Matthew and Brendan; and 22 grandchildren. Deacon McGuire is also survived by a sister, Mary Ryan.

The Reception of the Body and viewing will take place on Sunday, March 11 from 4 to 7 p.m. at St. Francis of Assisi Church, Springfield. There will be a second viewing on Monday, March 12 beginning at 9 a.m., followed by his funeral Mass at 10:30.

The principal celebrant will be Bishop Timothy C. Senior. The deacon of the Mass and homilist will be Deacon W. Timothy Baxter. Father Anthony J. Costa will concelebrate the Mass.