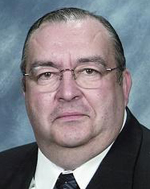 Born in the Manayunk section of Philadelphia, the son of the late George W. Kletzel Sr. and the late Frances (Davelli) Kletzel, he attended St. Mary of the Assumption School, Roman Catholic High School and La Salle University and earned an M.A. in theology from St. Charles Borromeo Seminary.

Deacon Kletzel was ordained June 6, 2004 by Cardinal Justin Rigali at the Cathedral Basilica of SS. Peter and Paul, and assigned to Immaculate Heart of Mary, his home parish. Married to the former Patricia Cleveland for more than 45 years, they are the parents of six adult children.

“He was a good, faithful man,” said his brother, Father Thomas Kletzel. “He was a theology teacher at a number of schools including Cardinal O’Hara High School, St. Maria Goretti High School and Lansdale Catholic High School. He was a hard worker.”

In recent years, Deacon Kletzel was not active in ministry for reasons of health and “he had a cross to carry with his illness,” Father Casey said.

There will be a viewing for Deacon Kletzel at Immaculate Heart of Mary Church on Sunday, March 18 from 4:30 to 7 p.m. A second viewing will be held Monday, March 19 from 9 to 10:45 a.m., followed by his 11 a.m. funeral Mass celebrated by Archbishop Charles J. Chaput. Concelebrants will include Father Kletzel, Father Casey, Msgr. Charles Vance, Fathers Edward Casey, Samuel Verruni, Anthony Hangholt Francis Sabatini, Armand Garcia and Michael Olivere.

In addition to his wife, Deacon Kletzel is survived by his sons George III and Kurt, his daughters Kristen Hindley, Karoline Roselle, Katie Rizzo and Klaire Salvo, and 11 grandchildren.

NEXT: Rusty Staub, Catholic baseball star for 23 seasons, dies at 73