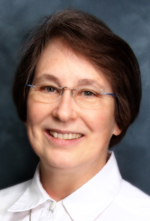 Born in New Rochelle, N.Y., Sister Denise was one of three children of Charles Monroe and Lillian C. (Fawcett) Williams. After high school Sister Denise entered the Community of the Daughters of Charity in June 1965 from St. Joseph Parish in Holbrook, Mass.

She completed her Bachelor of Arts degree in chemistry with a minor in mathematics from St. Joseph College, Emmitsburg, Md., in 1969. She earned her master’s degree in science education from the State University of New York, Oneonta, N.Y., in 1979.

She was missioned to the Philadelphia Archdiocese where she taught at Gwynedd Mercy Academy in Gwynedd Valley (1985 to 1991), during which time she served as the local community superior (1988 to 1991).

Following Philadelphia Sister Denise was missioned to Pottsville, Pa. where she served at Nativity of the Blessed Virgin Mary High School (1991 to 1993).

Sister Denise later served as a leader of her congregation in several roles, and as registrar at several colleges. In September 2017, Sister Denise was missioned to Niagara Falls, N.Y., to serve at Catholic Academy of Niagara Falls and as local community superior.

Sister Denise was preceded in death by her parents. She is survived by her brothers, Charles M. Williams (Constance) of Vero Beach, Fla., and John R. Williams (Elizabeth) of Brewster, Mass.; two nephews, Derek Williams (Kelly) and Brian Williams (Jennifer); grandnieces; grandnephews; and her sisters in community.

Donations in Sister Denise’s memory may be made to the Daughters of Charity Province of St. Louise, 4330 Olive Street Road, St. Louis, MO 63108.

NEXT: Holy Family sister, a teacher, artist and baker, dies at 96