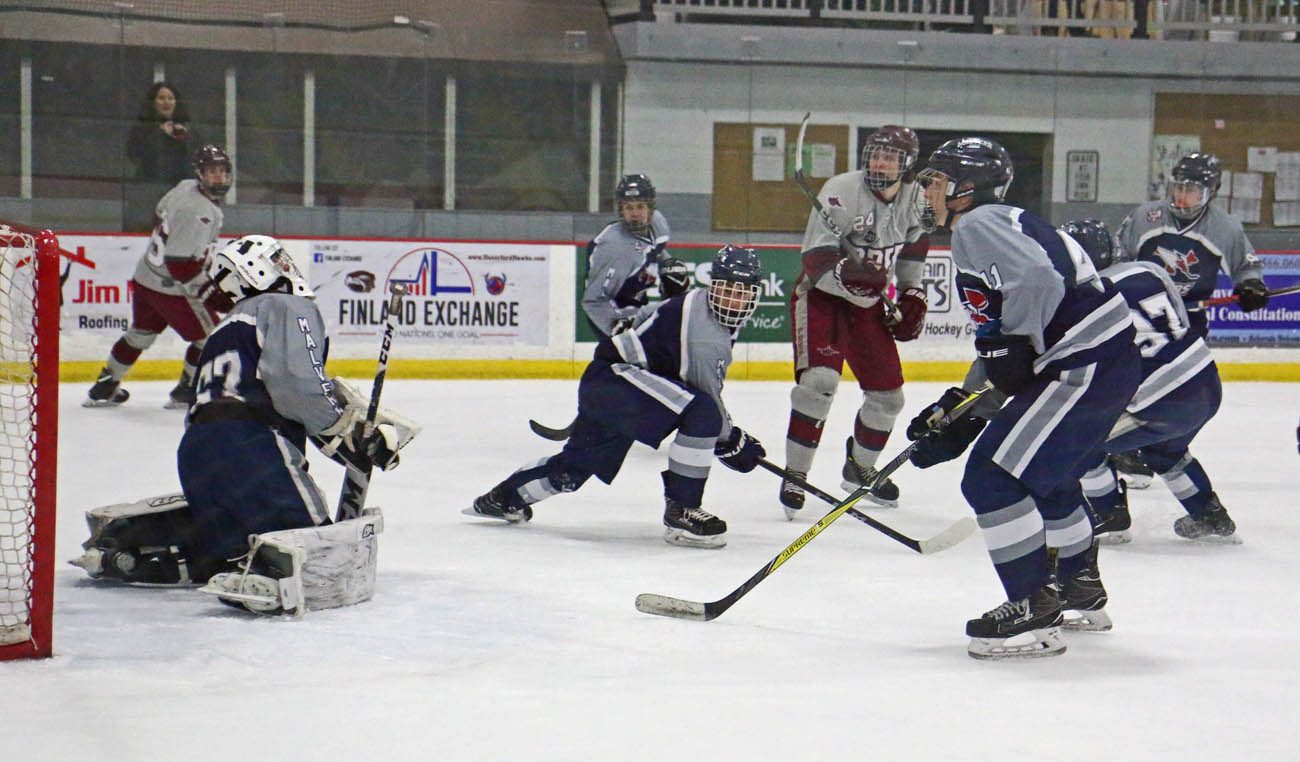 St. Joseph's Prep players look for an opening in the Malvern Prep defense in action during the semifinal game March 12 in the Flyers Cup tournament. (Photo by Sarah Webb)

The ice hockey season for St. Joseph’s Prep rolled on as the second-seeded Hawks prevailed in a 5-3 victory over third-seeded Malvern Prep in the semifinal round of the 39th annual Flyers Cup Class AAA playoffs on March 12, at the Skatium in Havertown.

The win earned the Hawks (24-4-1) their place in the title game next Monday against Holy Ghost Prep.

Malvern saw its season come to an end but went out on a positive note.

“We know what they are,” said Friars head coach Dave Dorman. “They know what we are. I’m proud of my seniors and how they responded.”

Less than two minutes into the action, St. Joe’s took a 1-0 lead. Forward Marc Colavita scored off of a feed by forward Conor Ryan. Malvern tied it up just minutes later as forward Kyle Washkalavitch found the net with forward Nicholas Martino assisting.

A Friar penalty came in handy for the Hawks. They took a permanent lead when forward Tyler Bouch registered a goal assisted by forwards Evan Cassady and Anthony Amato. Another goal by Colavita boosted the score to 3-1 with 5:24 to play in the opening period. 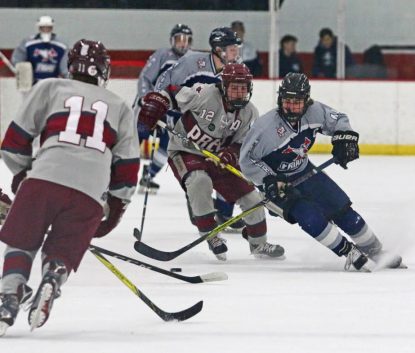 Ryan and forward Ronan Egan both scored during the second period. Colavita and defender Nicholas Urbani accounted for one assist apiece.

Despite being down, 5-1, Malvern gradually fought its way back into the game in the third period. Although the Prep managed to stay on top, the Friars showed they were still in it. Martino tallied a goal off defender Andrew Harder’s feed with 10:24 on the clock. Defender Joseph D’Elia also secured a goal with 2:24 on the clock. Forward Charlie Andress provided his assist.

“It was a never-give-up attitude,” said Dorman. “That was a good way to finish. I give them all the credit in the world.”

The Friars and the Hawks simply played out the final two minutes of regulation before the Prep skated off the ice with its semifinal victory, ready to advance to the next round.

“The core of our defense played great,” said Giacomin. “Our goalkeeper was solid.”

St. Joe Prep is set to face top-seeded Holy Ghost Prep in the championship game on Monday, March 19, at the Hatfield Ice Arena at 7 p.m.

The Hawks took on Holy Ghost twice during the regular season and dropped both decisions, so they are looking for a different outcome this time around.

“We’re excited for the opportunity,” said Giacomin. “Hopefully, the third time is a charm.” 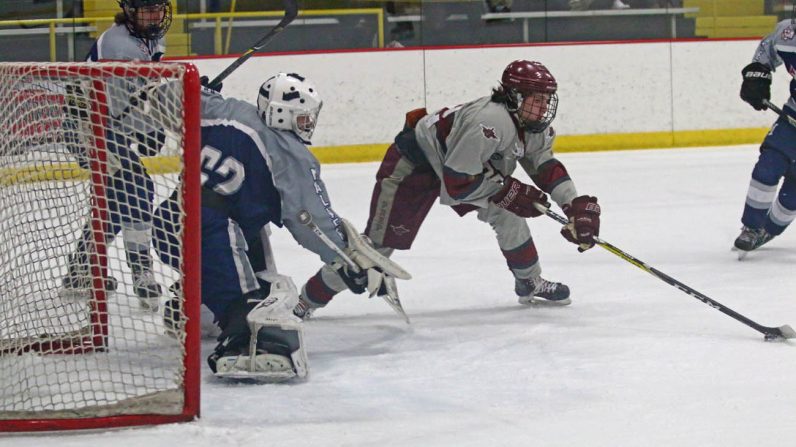