At St. Vincent Parish in Richboro, they’re giving gladly to the poor 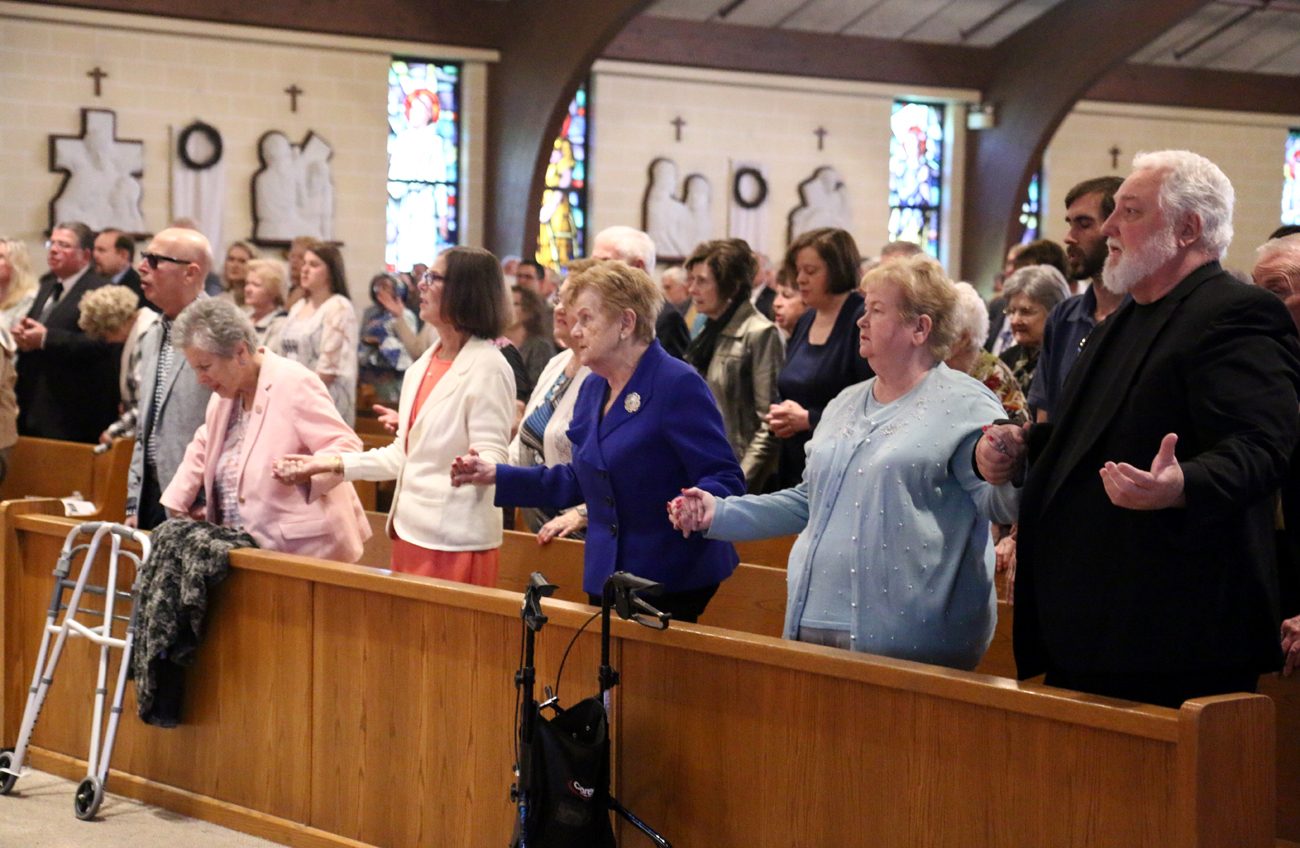 St. Vincent de Paul Parish in Richboro, where Archbishop Charles Chaput celebrated the parish’s 50th anniversary Mass on April 22, received its name in an interesting fashion, according to long-standing lore.

When the matter of a new parish in Richboro in rapidly growing Central Bucks County was under discussion by the Archdiocesan Consultors a half-century ago, one of the committee members suggested that given the name of the community, the parish should be named for a patron saint of the poor.

Cardinal John Krol thought it was a great idea and the new parish was placed under the patronage of St. Vincent de Paul, the saint of charitable societies and works. As a parish it has worked really hard ever since to live up to the ideals of its patron.

When it was established in 1968 St. Vincent had 450 families, with 197 of them coming from Our Lady of Good Counsel in Southampton and the balance from St. Cyril of Jerusalem in Jamison and St. Bede in Holland, both of which were only three years old themselves.

Over its 50 years St. Vincent has had only two pastors: Father William McBride, who led the parish for the first quarter-century and now Father Joseph McLaughlin, who is approaching his 25th year as pastor.

Under his administration a smaller daily chapel has been added to the campus. It is dedicated to St. Louise de Marillac, who was the co-founder of the Daughters of Charity along with St. Vincent de Paul. 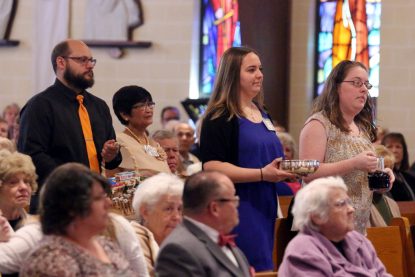 After steady growth for most of its history, for the past five years or so it has been fairly stable with nearly 2,000 families, Father McLaughlin estimates.

Edie Krieg is one of the few remaining founding parishioners at St. Vincent. She and her late husband were previously members of Our Lady of Good Counsel and she well remembers the early Masses at Churchville Elementary School until the church was ready for occupancy in 1970. Because the parish never had a school of its own the children attended neighboring parish schools or the Council Rock School District.

“We always had an excellent CCD program, and many organizations were started in the early years,” Krieg said. “In the beginning there was much that had to be done. It has been a good parish, no question. I can’t say enough nice things about it.”

While Father McBride deserves much credit for establishing the parish and steering it through its opening decades, Father McLaughlin is most responsible for the emphasis on outreach programs that exist today, Krieg believes.

As Father McLaughlin explains it, “It’s our sense of embracing our patron, St. Vincent de Paul. We have visitors come for missionary appeals and we network with several of them. When we get an appeals letter, we explain it to our people; we try to get them to be part of the Universal Church.”

For example one priest, Father Joseph Serugo, has been visiting from Uganda since 1998. Through the contact with St. Vincent’s, assistance has been given to his parish, St. Charles Lwanga Parish, and St. John Paul High School has been built near Kampala through a spun-off nonprofit organization independent of the parish, “Building a Bridge to Uganda.”

“It has been ranked 48th or 49th among 2,000 high schools in the country,” Father McLaughlin said.

“We try to make a difference, although we can’t throw money at everything,” Father McLaughlin said.

Not all outreach at St. Vincent’s is beyond its parochial borders. There are ample examples of outreach and fellowship within the parish that represent the universality of the church itself.

Nowhere is this clearer than the annual ethic dinner (this year on May 6, which features an alphabet of cuisines — American, French, Croatian, German, Greek, Hungarian, Igbo, Indian, Irish, Italian, Japanese, Peruvian, Philippine, Polish, Spanish and Vietnamese.

Norma Yabut, one of the dinner organizers, is herself a Filipina. She is also a parish ambassador with Catholic Relief Services, and proceeds from the dinner this year will benefit the CRS Helping Hands program.

“St. Vincent de Paul is truly a welcoming parish,” she said. “It is all about what Jesus said about discipleship. We accept everyone who comes to our door and give whatever we can. Father McLaughlin is the reason the parish is so very much alive and generous.”

The universality of St. Vincent de Paul Parish was also exemplified at the anniversary Mass. Joining Archbishop Chaput and area clergy was another concelebrant, Bishop Gabriel Kumordji of Keta-Akatsi, Ghana. That is the home diocese of Father Linus Nangwele, who is the parochial vicar at St. Vincent. Music was supplemented by a Ghanaian choir. 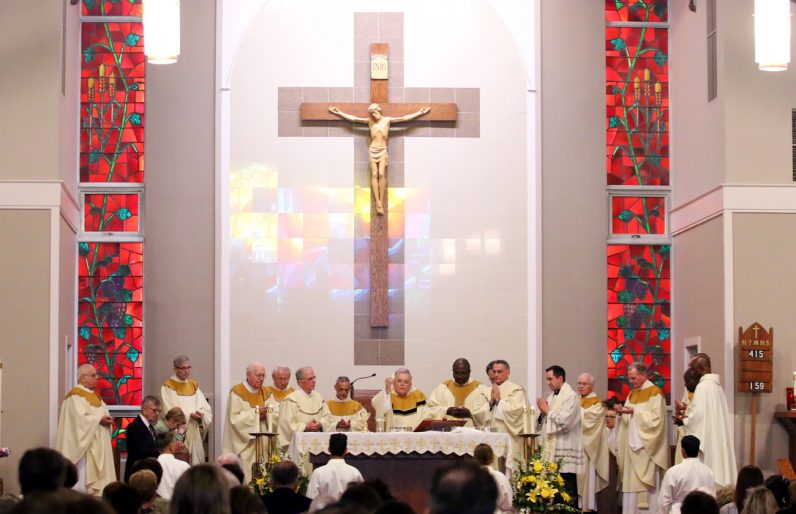