Latin Mass enthusiasts to get new spiritual home with ‘quasi-parish’ 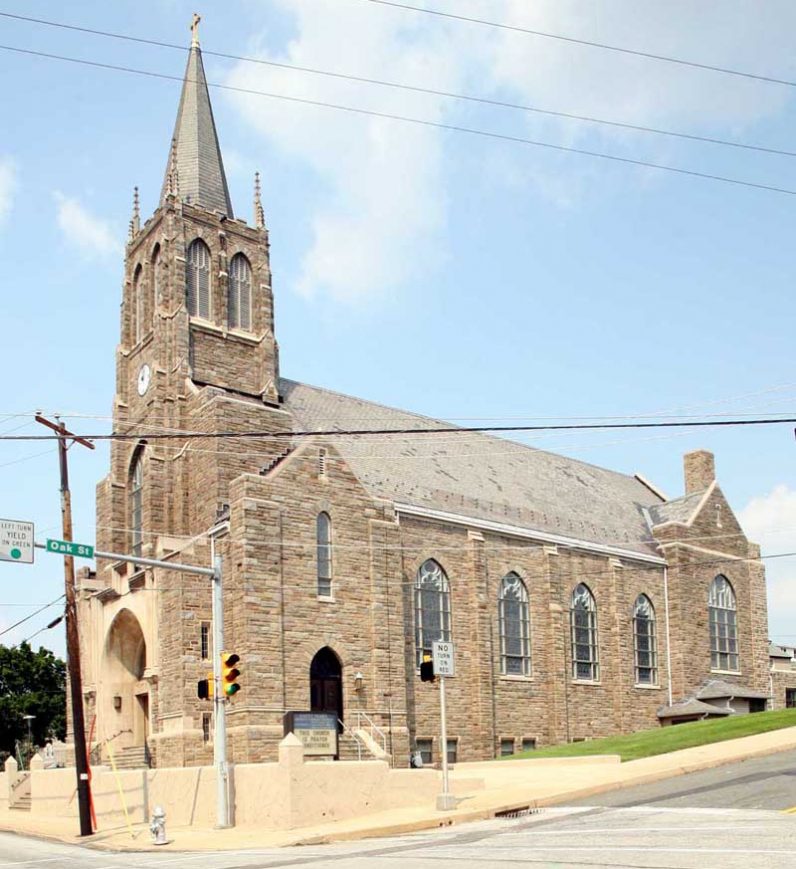 Although St. Mary Parish in Conshohocken merged with St. Matthew Parish in 2014, on Aug. 1 the former Polish parish church will become a quasi-parish for Catholics who wish to worship in the Extraordinary Form of the Mass, the form prior to the Second Vatican Council, in Latin.

Interest in the traditional Latin Mass is rising in popularity among Catholics in the Archdiocese of Philadelphia, so a new spiritual home in a central location in the region will be erected to serve their spiritual needs.

The archdiocese announced Sunday, April 8 the decision of Archbishop Charles Chaput to establish a “quasi-parish” at St. Mary Church in Conshohocken, effective Aug. 1.

It will be staffed by the Priestly Fraternity of St. Peter, and a pastor from the community of Catholic priests will be appointed at a later date.

St. Mary’s was founded as a Polish personal parish in 1905 and operated in the former steel mill town, now a thriving borough in central Montgomery county at the confluence of three interstate highways and regional mass transit lines, until it was consolidated with St. Matthew Parish in Conshohocken in 2014.

The church was used for occasional Masses celebrated mostly by priests of St. Matthew’s, which is where parishioners first heard the news about the new quasi-parish at Masses last weekend.

The term for this kind of parish may be unfamiliar to most Catholics but it is provided for in church law, the Code of Canon Law.

Canon 516.1 explains that a quasi-parish is “a definite community of the Christian faithful” in a diocese, is “entrusted to a priest as its pastor” and is “equivalent to a parish” but is “not yet erected as a parish because of particular circumstances.”

In its statement, the archdiocese said the quasi-parish was being established “in response to an interest for additional pastoral care for those wishing to participate in divine worship in the Extraordinary Form.”

Most Catholics in the Latin Rite worship through the Mass in the Ordinary Form published in the United States in 1973 as the fruit of liturgical reforms following the Second Vatican Council. The Ordinary Form was further refined in the U.S. with some revised vernacular translations in 2010.

Yet interest by some Catholics in the pre-Vatican II Mass celebrated in Latin, often referred to as the Tridentine Mass, persisted over the years.

In 2007 Pope Benedict XVI used the phrase “Extraordinary Form of the Roman Rite” to describe the liturgy of the 1962 Roman Missal, which is celebrated in Latin. This is the liturgical form that will be celebrated at St. Mary’s beginning next August.

In the meantime, the Extraordinary Form will continue to be celebrated at six Catholic churches in the archdiocese: the Cathedral Basilica of SS. Peter and Paul, Our Lady of Consolation and Our Lady of Lourdes, all in Philadelphia; Our Lady of Mount Carmel Mission Chapel, Plymouth Meeting; the National Shrine of Our Lady of Czestochowa, Doylestown; and St. Albert the Great, Huntingdon Valley.

Since the forms of the Mass are different and most priests ordained in the past 45 years would be challenged to celebrate it accurately and in fluent Latin, the Priestly Fraternity of St. Peter provides clergy trained in the Extraordinary Form liturgy, for the benefit of the worshiping faithful. The community of priests was formed in 1988 in Switzerland and now numbers some 200 priests and more than 100 seminarians worldwide.

Archbishop Chaput, according to the archdiocesan statement, consulted on the new quasi-parish with pastors of surrounding parishes, local priests who currently celebrate Mass in the Extraordinary Form and the archdiocesan Council of Priests. 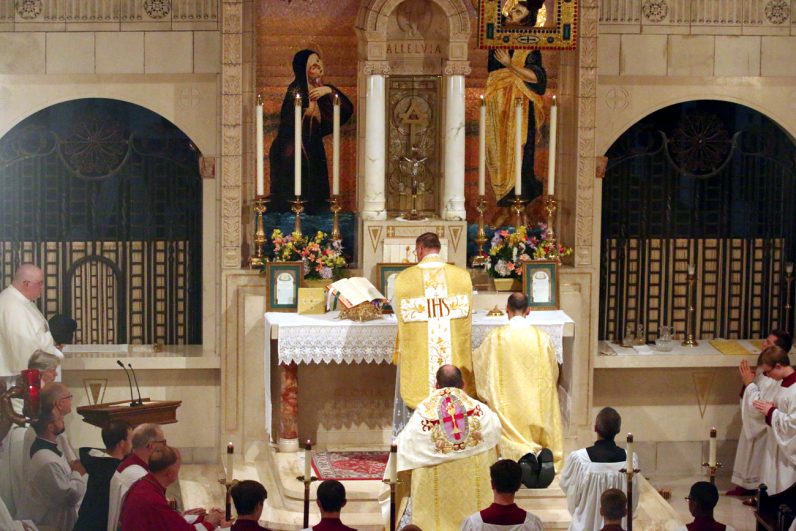 NEXT: Bishop DeSimone, friend of Augustinians, to receive order’s honor