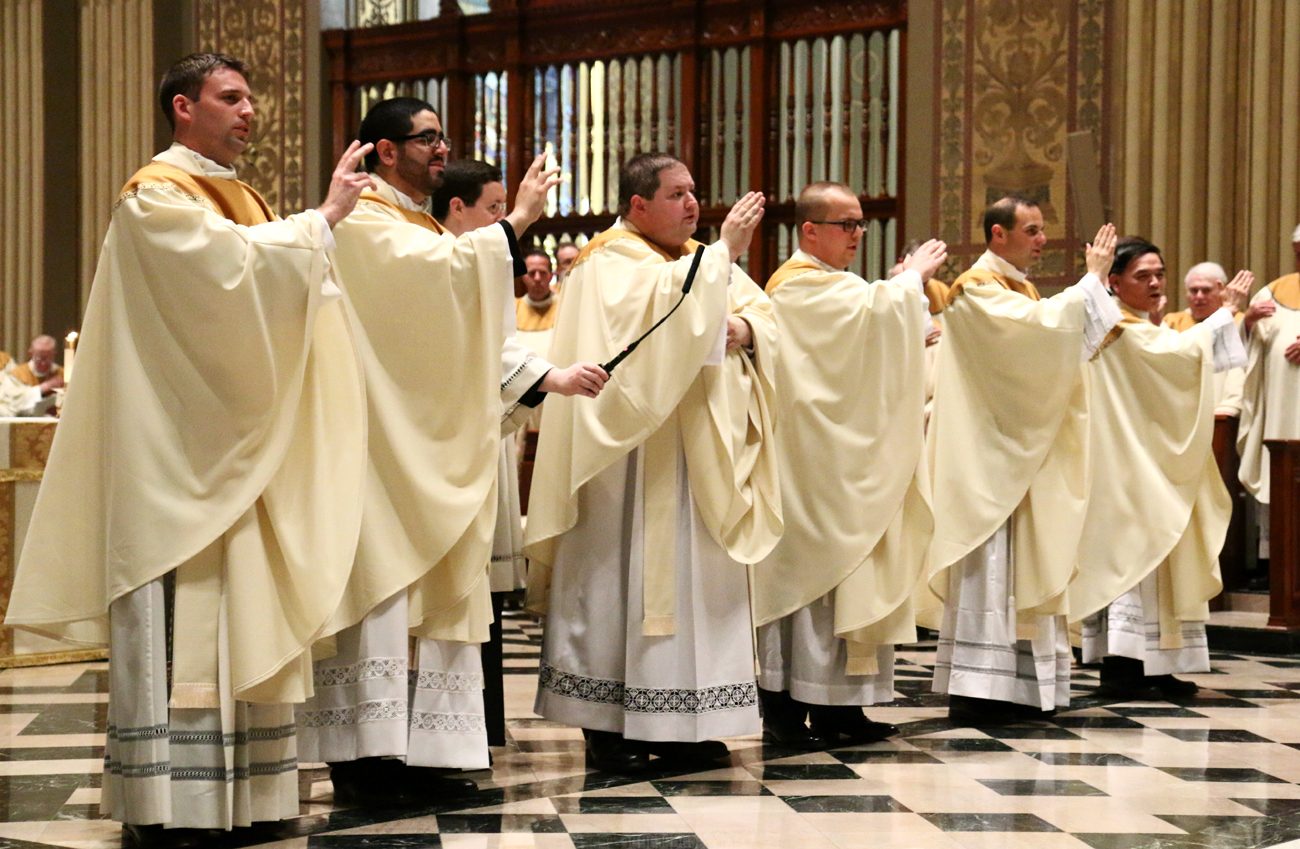 The newly ordained priests of the Archdiocese of Philadelphia give their first blessings at the conclusion of their Mass of ordination May 19 at the Cathedral Basilica of SS. Peter and Paul. From left: Father Kyle Adamczyk, Father Manuel Flores, Father Brandon Artman, Father Patrick Muka, Father Eric Banecker, Father Quy Pham. (Photo by Sarah Webb)

May 19 was a banner day for the Philadelphia Archdiocese as six men ranging in age from their late 20s to the late 50s were ordained to the priesthood by Archbishop Charles J. Chaput. (See more photos here.)

Present for the liturgy were Philadelphia’s active auxiliary bishops, including Bishop Timothy Senior, the rector of St. Charles Borromeo Seminary, and Bishop John McIntyre, Bishop Michael Fitzgerald and Bishop Edward Deliman along with 150 or so priests and many, many family, friends and well-wishers.

All six new priests will begin their ministry as parochial vicars in parishes throughout the Philadelphia Archdiocese. (See the complete list of clergy assignments here.)

Archbishop Chaput began his homily at the Mass with a quote from St. John Vianney, the patron of all parish priests, who said, “Were we to realize what the priesthood is here on earth we would not die of fright but of love.”

The archbishop also reminded his congregation that “baptism is the fundamental sacrament in our life in Christ, equally received by all of us. In baptism we begin to share in the very life of God.” 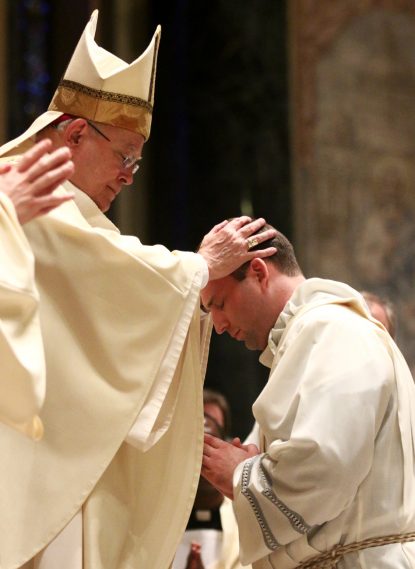 “All of us in the church,” the archbishop said, “are co-responsible for evangelizing, for preaching the Gospel. Some of us are chosen by Christ himself with brotherly love to serve the rest of us.”

Quoting Pope Benedict XVI, he said, “A priest is a Gospel instrument in the Lord’s hands in serving others, a sign pointing to Christ.”

The liturgy continued with the various elements including the always impressive sung Litany of the Saints prayed over the prostrate candidates, the formal examination of the candidates, the essential laying of hands and the Prayer of Consecration, all leading to the six newly ordained priests concelebrating Mass with Archbishop Chaput.

Afterwards all the new priests and their family members posed for pictures with Archbishop Chaput, and some paused to give comment.

Father Artman was thrilled to be assigned to St. Matthew where Father Patrick Welsh is pastor. “He was a dean at the seminary and we got along very well,” he said. “I have always liked music and liturgy and he was a music director too.”

Eric Banecker Sr. said of his son, Father Eric, “It was a long journey for him and for us. It wasn’t a surprise for us, but we are very proud that he is able to walk in the footsteps of Jesus.” 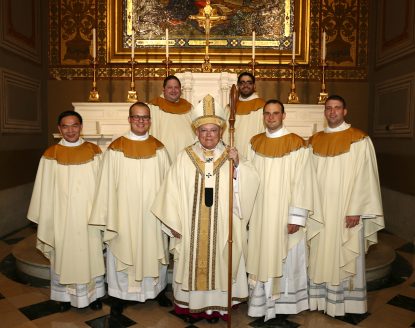 The ordination class of 2018 poses for a photo with Archbishop Charles Chaput. (Sarah Webb)

Father Thanh Pham who is a priest of the Diocese of Camden, was there to see his older brother, Quy Pham, finally fulfill his dream of the priesthood. “He was the first in our family to come to America and he helped the rest of us to come here. I’m happy for him, this has been his dream.”

This year’s ordination of six priests is a happy contrast to last year’s two new priests, but the need for priests remains. Between the publication of the 2017 Archdiocesan Catholic Directory and the 2018 edition there was a drop of 16 active archdiocesan priests, mostly due to death or retirement.

But there may be a glimmer of light for the future. Fourteen young men entered St. Charles Borromeo Seminary last year and “we are hoping for 18 this year and shooting for 20,” said Father Stephen DeLacy, the director of the archdiocesan Vocation Office for the Diocesan Priesthood, who attended the ordination Mass.

That doesn’t mean 18 or 20 men will be ordained seven or eight years down the road, because the seminary is a place for continued discernment and some men will leave after realizing their vocation is elsewhere.

But things are definitely picking up, and across the archdiocese, people are praying for more religious vocations. 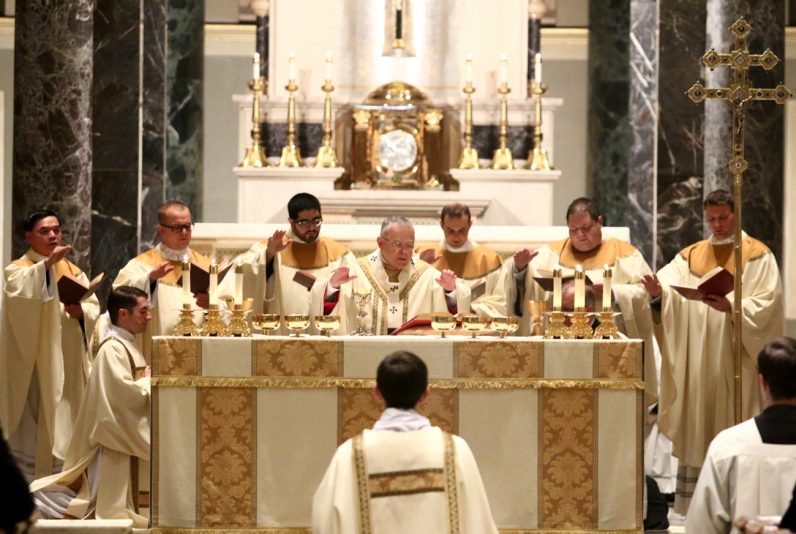 Archbishop Charles Chaput (center), after ordaining six new priests, celebrates the Liturgy of the Eucharist with them May 19 at the Cathedral Basilica of SS. Peter and Paul. (Sarah Webb)

NEXT: St. Gabriel’s horticultural program plants the seeds of success