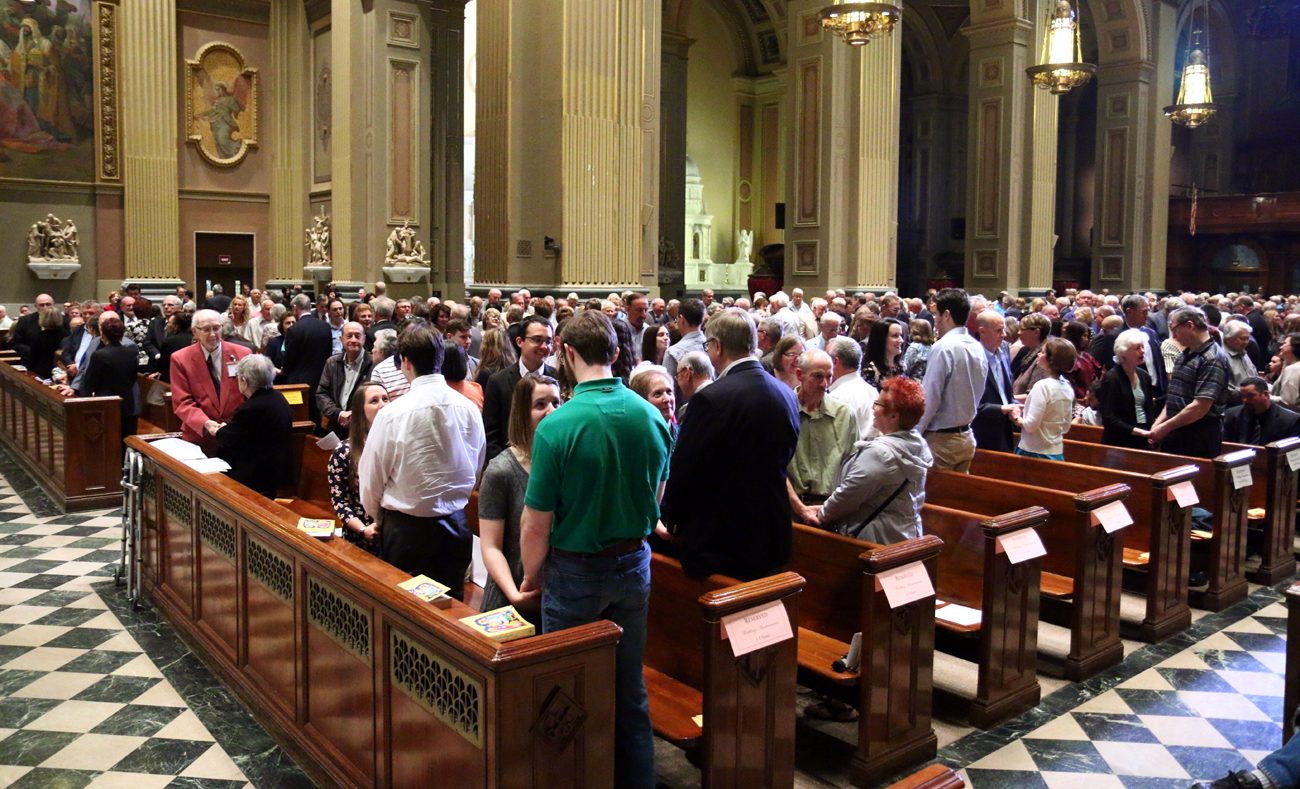 If it’s spring it must mean many people are getting married about now, and of course a lot of people are celebrating wedding anniversaries.

In keeping with longstanding custom, the Archdiocese of Philadelphia celebrated its annual Wedding Anniversary Mass at the Cathedral Basilica of SS. Peter and Paul on Saturday evening, April 28, with Archbishop Charles Chaput as the celebrant and homilist.

The grand old cathedral was packed with folks celebrating 50 or more years or 25 years, along with family and well-wishers, and for the first time some who have been married less than five years.

“We invited them so they can see you and know there is hope,” Archbishop Chaput joked. On a more serious note he quoted Pope Francis, who on a recent pastoral visit, said, “Marriage is the most beautiful thing that God has created. Marriage has always existed and is the foundation of our lives as human beings.”

“Love one another as Christ loves the church,” the archbishop said. 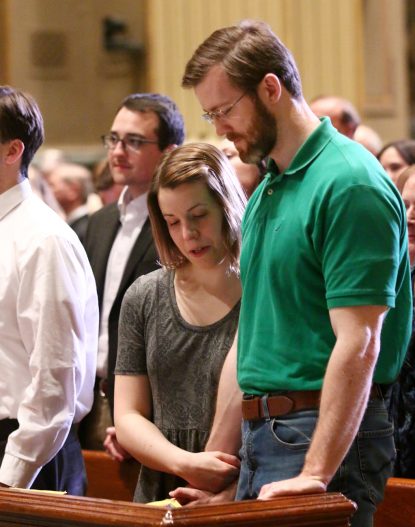 Among the older couples were James and Rosemary Hennelly, who were married 60 years ago at St. Donato Church, Philadelphia, by then Father and now Bishop Louis DeSimone. They knew each other for five years before they married but he didn’t propose until he got back from the Korean War.

As for the secret of a long marriage, “I’m crazy,” James joked. More seriously, Rosemary said, “We do everything together. I’m Italian, he’s Irish, and we match.”

Joe and Mary Harvey are married 59 years, and mostly come to the cathedral for Mass because they live in the neighborhood.

“Pay attention to your wife, because she has the hardest job taking care of the kids,” Joe advised. “It takes a lot of patience and forgiveness, Mary added.

Ulysses and Fe Caina were just visiting from Bayonne, New Jersey and when they heard it was a wedding anniversary Mass they dropped in to renew their vows. Their secret? “Just be loving,” Fe said.

For the Gemmi family it was really two anniversaries. For Charles and Maria of St. Anthony Parish in Ambler it was 25 years. The secret is “listen to each other, and always be willing to make each other happy,” Charles said. “Always say ‘I love you’ and compromise,” Maria added.

Kathleen and Charles Gemmi of St. Philip Neri in Pennsburg are marking 50 years. Her advice? “Just always be kind to one another,” to which Charles added, “Always be each other’s best friend.” 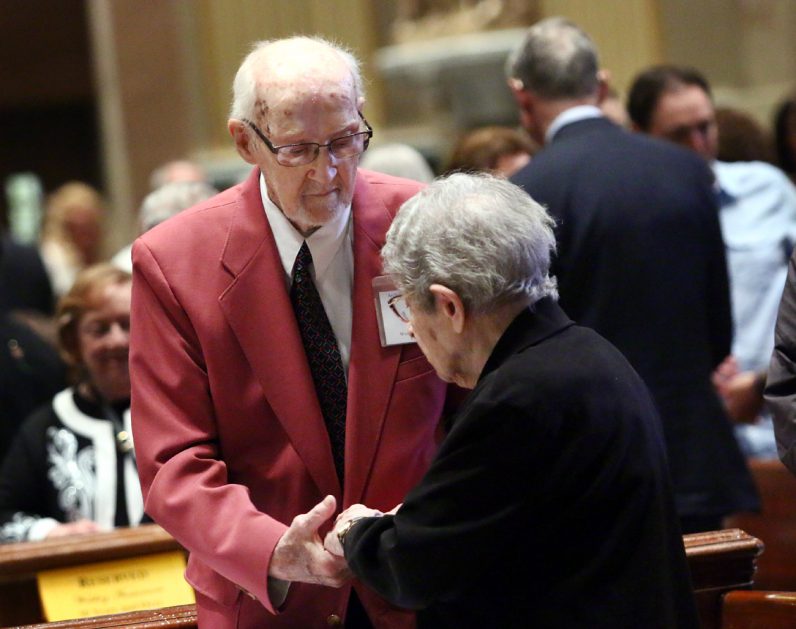 Bill Naimoli of Our Lady of Perpetual Help Parish, Morton, takes his wife Mary’s hands as they renew their wedding vows celebrating 70 years of marriage.

PREVIOUS: Our Lady Help of Christians Church set to close as worship site