Parishioners mark anniversary by serving the neediest among us 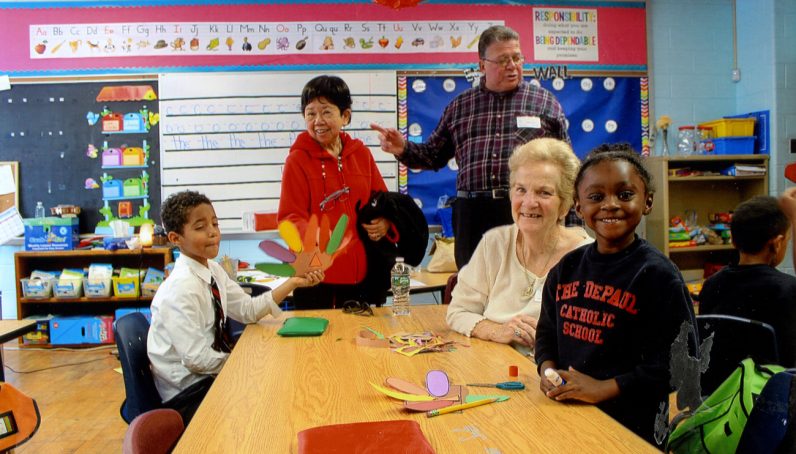 When St. Vincent De Paul Parish in Richboro was planning its 50th anniversary, it formed various committees leading up to the celebration. One of them would be an Outreach Committee dedicated to serving the poor.

“It was our pastor, Father Joseph McLaughlin’s, vision when we were planning the anniversary because St. Vincent De Paul was basically a saint for the poor,” said Jerry Hnizdo, who is chair of the committee. “Instead of going to a country club and having a lavish affair we should consider doing this in the spirit of St. Vincent.”

The idea was something that could continue on well into the future   beyond the April 22 jubilee celebration, according to Jerry Bowen, a committee member. The members had two goals: reach out to the less fortunate in the Richboro area; and reach out to parishioners who might not be actively involved in the parish, to let them know about the various ministries at St. Vincent, Bowen explained.

A flyer sent to the entire parish asked for volunteers to commit to one of three things — time, talent and treasure. “It’s tough to get some people to come to Mass and this was a way to get them in the back door,” he said. “We want to involve them in Christian ministry and perhaps this will bring them back to the faith.”

On the flyer these three items were listed and the majority of the people who responded checked all three.

So far almost 300 people have responded, and of this number 160 have committed to a day of service. 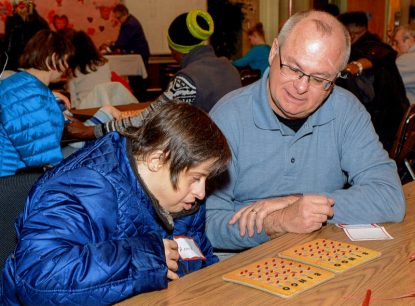 A visit by the St. Vincent de Paul parishioners to Divine Providence Village resulted in an enjoyable day for residents and their guests.

One of the things the Outreach Committee has done to highlight various worthwhile programs is by sponsoring visits to them. While such visits do have a service component, more importantly they familiarize the participants with the needs that exist not only in Richboro but other communities.

For example last November a busload of about 30 people paid a visit to the DePaul Catholic School in the Germantown section of the city. The participants spent time with the kids, strengthening the relationship the Richboro parish already has with the school that shares their patron saint but serves a very poor population.

A December trip was made to St. Edmond’s Home for Children, a Catholic Social Services facility especially dear to Bowen because one of his children has been a resident there for years.

Since then groups of parishioners have also visited a residence of Divine Providence Village, which is an archdiocesan community for people with intellectual disabilities, and a CSS-run Family Service Center in Levittown that provides food assistance for the needy, among other services.

They visited the latter on a very cold day, and “we were amazed at so much that was being done there for these people who are so down on their luck,” Hnizdo said.

In all cases the visitors brought along food and other articles but most important, they interacted with the residents.

At this point the St. Vincent de Paul Outreach Program is not only thriving it is something of an inspiration to others.

“St. Andrew Parish (Newtown) is doing similar things and some of the Protestant churches in the area are looking to do what we did” at the Levittown center, Hnizdo said.

Catholic or Protestant or any other faith, it is the Lord’s work, and St. Vincent de Paul is surely smiling in heaven because of it. 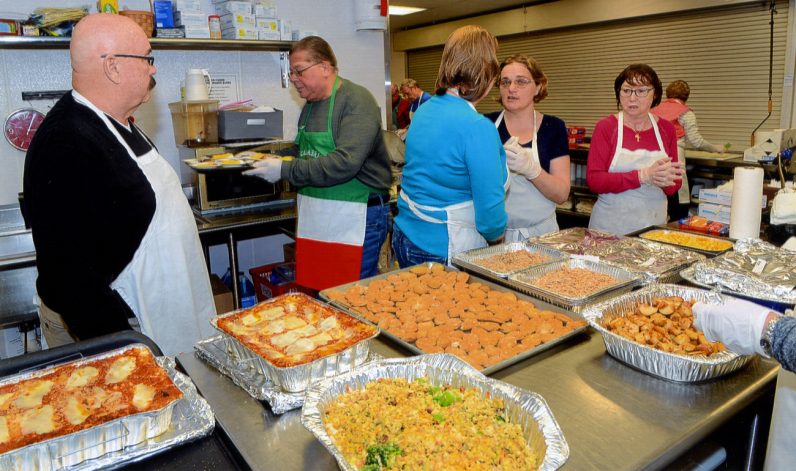