Volunteer, and find your mission in real life 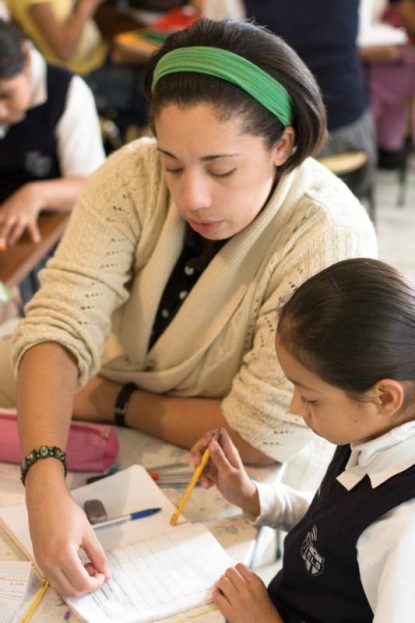 Think there’s too much standing in the way between you and mission work? Think again!

“There’s probably a program for everyone,” said Katie Mulembe, director of operations for Catholic Volunteer Network, a network of faith-based and volunteer mission programs for laypeople who want to serve on short-term or long-term mission.

Although many volunteer programs are geared to young adults, others seek older adults with professional skills and longer life experience. Some programs will even accept entire families.

A few years ago, Peter Newburn, his wife Joy, and their three children, ages 9, 7 and 5, volunteered to go to Cameroon in Africa for a 3-year mission through Lay Mission Helpers, a Catholic organization that works with local bishops abroad to place professionals, including teachers, physicians and technology experts, in their dioceses.

“Before,” said Newburn, director of pastoral concerns for the Diocese of Joliet, Illinois, “I had done some Renewal Ministries mission trips, and I’d come back so fired up from my experience, Joy was a little jealous. That got us thinking about going as a family.”

The discernment process and preparation involved everyone.

Newburn said, “We had to give up jobs, say goodbye to friends and family, sold or gave away almost all we possessed, except for what we could fit in a small storage unit. People put us into two categories: We were saints, or we were crazy. We were actually somewhere in between.”

Lay Mission Helpers provided formation, a small stipend and support throughout the process.

“We were going to a country we’d never been to and only had a vague idea of what we’d be doing,” says Newburn. “It was a leap of faith. LMH’s support was very important.”

In Cameroon, Newburn, who holds a doctorate in theology, taught at the seminary and in faith formation. Joy volunteered in schools, trained counselors and worked with an HIV support group. The Newburn children attended the local school.

“The kids were missionaries in their own right,” Newburn said, “by making friends and being who they were.”

The experience had a profound effect.

“There were some difficult moments,” said Newburn. “But Joy and I feel this was the best thing we could have done for our kids. The simplicity and peacefulness that comes from not being so busy, so complicated — our family motto became, ‘Rather than focus on what we don’t have, let’s be grateful for what we do have.’ We learned to be thankful, and each day was an adventure.”

In seventh grade, Annemarie Coman had short-term mission experiences in the United States through Catholic Heart Workcamp. In college, she participated in the University of Notre Dame’s Summer Service Learning Program, living at a homeless shelter run by the sisters of the Missionaries of Charity in Memphis.

“You kind of get addicted,” Coman said. “It’s an amazing gift to be able to give to others. In my life, it doesn’t get better than that.”

After graduating from Notre Dame two years ago, Coman, 23, has continued serving, most recently at Nativity House, a Catholic Worker house for first-time mothers. But this summer, she will make her most ambitious mission yet, co-leading a two-week service trip to Bolivia for college-aged students through the Diocese of Joliet.

It will be a challenge — Coman does not speak Spanish.

“I’m a little bit nervous,” she said. “But nervousness is a good sign. It means you’re stepping out of your comfort zone, and that’s really important in faith and life in general.”

Fear, financial concerns, life responsibilities — these and more can make the thought of serving on mission too far-fetched or frightening. But as the Newburns, Coman and others show by example, when God calls, there’s a way.

“I encourage people who have that little idea to follow through,” said Mulembe. “It doesn’t have to be a ‘wish.’ It’s more possible than people think.”

NEXT: Every Christian is a missionary