Every Christian is a missionary 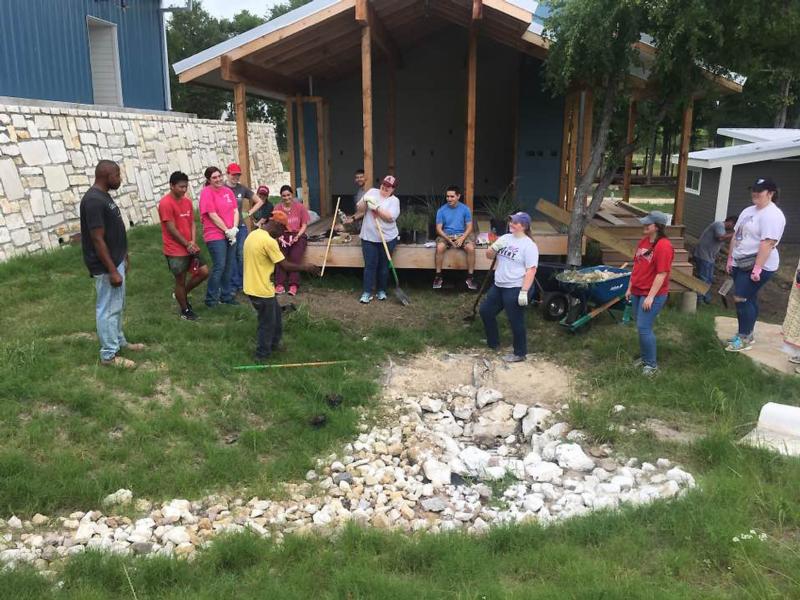 Students from Arkansas colleges participating in a mission trip organized by the Diocese of Little Rock, Ark., help out May 16, 2017, at a community in Austin, Texas, that offers permanent residence to homeless people. Pope Francis emphasizes that every Christian is called to be a missionary by virtue of his or her baptism. (CNS photo/Arkansas Catholic courtesy of Catholic Campus Ministry of the Diocese of Little Rock)

In his 2013 apostolic exhortation “The Joy of the Gospel” (“Evangelii Gaudium”), Pope Francis states that Christians are to go out into the world as “a community of missionary disciples.” The pope says that we can go out into the world boldly, seeking those who are lost and forsaken, showing mercy to those in most need of compassion because we have been loved by the Lord.

We can take the initiative to act because we have experienced “the power of the Father’s infinite mercy” (No. 24).

Pope Francis emphasizes that every Christian is called to be a missionary by virtue of his or her baptism. No longer can we think that missionaries are other people, primarily priests and religious. If you have been baptized, then you are a missionary.

As the pope says, “All the baptized, whatever their position in the church or their level of instruction in the faith, are agents of evangelization” and have a responsibility to proclaim the Gospel in both word and deed (No. 120).

While the turn of phrase “missionary disciple” may originate with Pope Francis, the concept is as ancient as the church itself. Mark 6:7-13 tells how Jesus sent his disciples out “two by two” to heal the sick and preach repentance (see also Lk 9:1-6).

Jesus’ message required the hearer to share what they had seen and heard (Mt 11:4). As Pope Francis notes, the Samaritan woman “became a missionary immediately after speaking with Jesus,” and through her testimony others came to believe (No. 120).

The women who met Jesus following his resurrection were sent to tell the other disciples the news. Jesus sends his disciples out into the world to “proclaim the Gospel to every creature” (Mk 16:15).

The story of the early church, as told in the Acts of the Apostles, relates the efforts of those first missionary disciples to fulfill Jesus’ command. Much of Acts reports the missionary work of St. Peter, along with St. Paul and his companions Silas, Barnabas and Timothy.

Christian tradition holds that most of the other apostles were killed for preaching the Gospel in far-off lands. For example, the Catholics of India consider St. Thomas as the founder of the church in that country. According to tradition, Thomas was martyred in India in A.D. 72.

Today, many people fulfill Jesus’ command by participating in “mission trips” where for a period of time they fulfill Jesus’ teaching to care for the needs of others (Mt 25:31-46), often times by repairing houses or cleaning up after storms.

But make no mistake about it: While these trips often require hard, dirty work, they exist for the primary reason of proclaiming the good news of Jesus Christ by witnessing to his love for us.

These trips are missionary journeys like those taken by St. Paul. Those who participate in these trips live out the mission given them in baptism. And in so doing, they embody the phrase often attributed to St. Francis of Assisi, “Proclaim the Gospel at all times. Use words when necessary.”

PREVIOUS: Volunteer, and find your mission in real life

NEXT: The life-changing impact of mission trips