Some advice from America’s only Catholic founding father 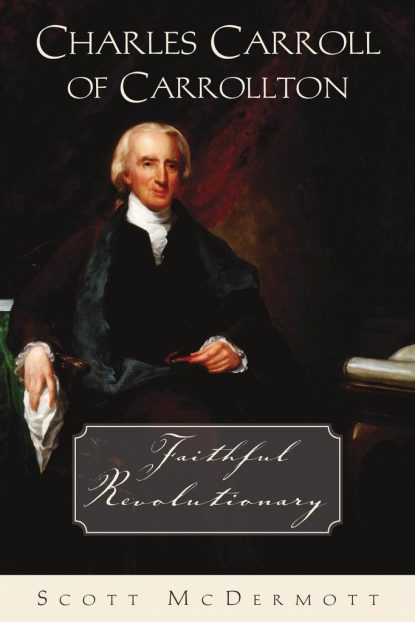 Scott McDermott, assistant professor of history at Albany State University in Georgia, provided the following commentary to Catholic News Service. As the country approaches the Fourth of July, he looks at what U.S. Catholics might learn today from the only Catholic signer of the Declaration of Independence.

Scepter Press surprised me this year by reissuing my 2002 biography of Charles Carroll of Carrollton (1737-1832), the only Catholic signer of the Declaration of Independence. While reviewing Carroll’s long political career for the first time in a while, I realized that what I value in his political practice has changed as my understanding of the church’s social teachings has developed. What might American Catholics learn in the year 2018 from the first important Catholic politician in the English-speaking portion of the future United States?

Carroll and his cousin, Archbishop John Carroll of Baltimore, were largely responsible for Catholics obtaining freedom of worship in America. This would have been impossible had they not cultivated political alliances with sympathetic Protestants. Today, it is hard to imagine how Catholics could effectively promote a culture of life without the support of like-minded Protestants, Jews and Muslims.

On the other hand, encouraging immigration from predominantly Catholic countries is an obvious way to guarantee the ongoing presence of Catholic values in the public square. Carroll’s grandfather brought numerous Irish servants to Maryland; his father helped refugee Acadians when the English expelled them from Nova Scotia. Should we not look kindly on migrants from countries like Mexico, El Salvador and the Ivory Coast?

An interesting development in recent years has been the embrace by some faithful Catholics of a more wholistic lifestyle. These “crunchy” Catholics, as they’ve been called, have moved to farming communities; they grow their own food, educate their own children and generally avoid negative social trends. While this is in many ways a path of virtue, it should not lead to a total disengagement from the broader society. When James McHenry, disgusted with public life, retreated to the country, Carroll urged him to come out of retirement for the sake of the common good. “Life was given us — to live,” he counseled.

The job of laypeople is to transform society

In the years since the Second Vatican Council, many laypeople have taken on liturgical roles such as lector, cantor and extraordinary minister of holy Communion. While these activities are necessary and commendable, they should not serve as an excuse for neglecting lay people’s most important vocation — bringing Christ into the wider world. “It belongs to the laity,” says the Vatican II document “Lumen Gentium,” “to seek the kingdom of God by engaging in temporal affairs and directing them according to God’s will.” Charles Carroll embraced that calling fully.

A striking political development of late is the resurgence, in both political parties, of the demagogue, who promises to address unmet needs of the people, but seems more intent on using popular support to gain absolute political power. Charles Carroll despised demagogues like Napoleon and worked to defeat that “mighty conqueror” and his “iron yoke.” Declining in 1828 to endorse another populist icon, Andrew Jackson, Carroll hoped that the presidency would go to “him whose measures will be solely directed to the public good.” Throughout his life Carroll upheld the rule of law against what I call in my book the “politics of will.” We should do the same.

The Catholic political tradition has always recognized that the natural law — the law of God for human beings — implies the existence of the natural rights to life, liberty and property. Today, when the state has the extraordinary power of modern technology at its disposal, it becomes even more important to defend the natural and civil rights of individuals. However, the tradition also holds that the common good of the whole people is the object of politics, and this must not be forgotten. Carroll was fond of quoting Cicero’s maxim “salus populi suprema lex” — the well-being of the people is the supreme law. We should apply this Catholic precept to modern-day debates, for example over the meaning of the Second Amendment.

Don’t be held hostage to one political party

Carroll made it clear that obtaining religious freedom for Catholics was his prime motivation for supporting the American Revolution. After the war, the Democratic-Republican party was decidedly more in favor of the separation of church and state — the only way for Catholics to enjoy freedom in the American context — than their rivals, the Federalists. But contrary to expectation, Carroll threw in his lot with the Federalist Party and its sizeable constituency of die-hard anti-Catholics. He embraced the challenge of persuading his fellow Federalists that Catholics deserved civil rights — and succeeded. Should we throw in our lot hastily with either party — and thus run the risk of being taken for granted? Or should we rather fight for Catholic social teaching, in its entirety, within both parties?

Don’t throw in the towel

Despite his immense wealth, Charles Carroll of Carrollton had to overcome numerous challenges as he tried to promote the church’s political teachings. He was born out of wedlock as a Catholic, subject to the severe penal laws directed against Catholics in Maryland and the British Empire as a whole. A lesser man would have been overcome by these obstacles, but Carroll persevered and rose to the pinnacle of political life in Maryland. Later, however, he was banished to the political wilderness when his Federalist Party was swept out of power in the elections of 1800. But in 1826, Carroll became the last surviving signer of the Declaration of Independence and a national icon, enjoying a sweet public vindication. When the political situation seems hopeless in our own time, we should think of Carroll’s persistence. Even if we cannot persuade all our political opponents to see our point of view, we might be able to outlast them.

PREVIOUS: Whether here or there, it’s all our house

NEXT: On America’s birthday, focus on love and compassion