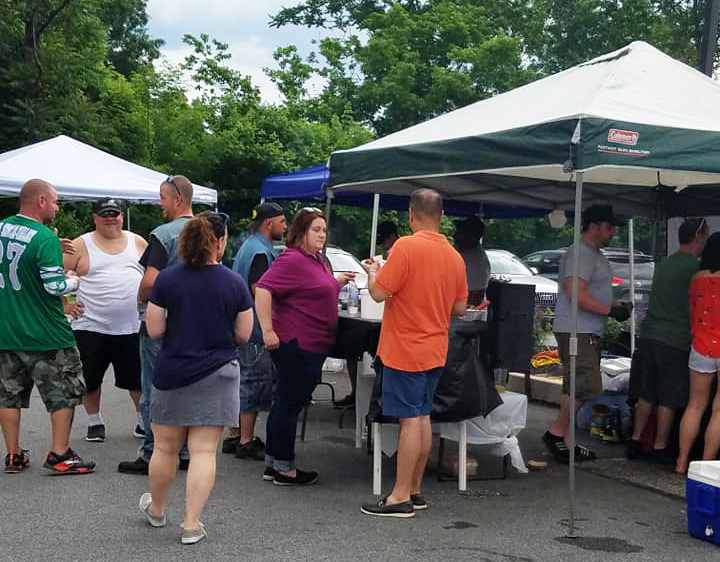 Parishioners and guests of St. Mary of the Assumption Parish’s Beer-B-Q event enjoy the food, craft beers and one another’s company on the Phoenixville parish’s campus June 2. (Photo via Facebook)

The main streets of Phoenixville borough are lined with pubs and restaurants that on most Saturdays are filled with patrons enjoying the food and craft beer. On the north side of town just a quick walk from the bustling borough’s commercial center sits St. Mary of the Assumption Church, at 178 years old the eldest Catholic parish in Phoenixville.

Once a working-class steel town, Phoenixville is now home to a millennials and young families in addition to the longtime residents.

Volunteers at St. Mary’s were looking for a way to incorporate the burgeoning craft beer market, young people and seniors for an event that would help raise funds for maintaining the church. The answer: beer and barbeque.

The forecast had called for rain but numerous prayers to the Blessed Mother worked, and the day was a hot and sunny one for the revelers. Parishioners showed up as the gates opened at noon and guests continued in and out all day until 6 in the evening, right before the rain started. 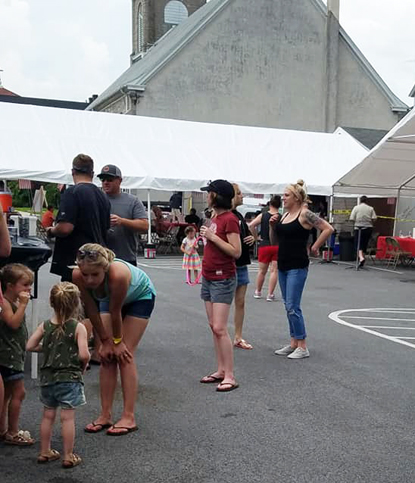 Children and adults enjoy the family fundraiser event June 2 on the lot behind their parish church, St. Mary’s in Phoenixville. (Photo via Facebook)

Residents of the north side Phoenixville neighborhood must have smelled the delicious food because many showed up to see what was happening. Phoenixville Mayor Peter Urscheler also showed up to speak with everyone and sample some food and beer.

Children of all ages ran around the vast new parking lot, jumped in the moon bounce, played corn hole and enjoyed face painting. All children’s activities were free and hot dogs and hamburgers were available for the little ones as well.

Judges found the fare of ButteredRollzBBQ to be tops and the team generously donated the $200 prize back to St. Mary Parish.

St. Mary of the Assumption’s organizers and volunteers, with the blessing of Father Hutter, plan for more fundraising events focusing on the burgeoning craft beer community in the area, while also remaining close to their roots and focusing on Christ and evangelization.

The next St. Mary’s fundraiser is Oktoberfest, set for Sept. 29 featuring German beer, food and entertainment.

NEXT: Eagles’ Doug Pederson connects with talk on faith, football