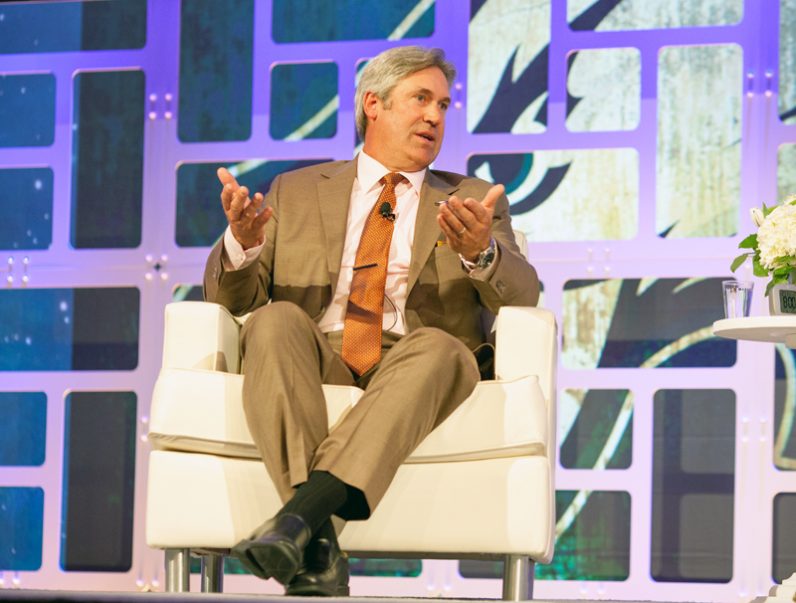 Faith and football connected for a gain at the Philadelphia Marriott Downtown Hotel on the evening of June 11 at a dinner sponsored by the American Bible Society (ABS) and attended by nearly 1,000 folks who have faith and almost certainly are Philadelphia Eagles fans.

The featured guest celebrity and an obvious draw for the event was Philadelphia’s favorite coach of the year, Doug Peterson, whose Philadelphia Eagles won their first-ever Super Bowl championship this past February.

The real reason for the dinner, which was attended by members of many faiths, was to highlight the Faith and Liberty Discovery Center that the American Bible Society is erecting at 401 Market Street near Independence Hall and is scheduled to open in 2020.

The center, which is estimated to cost $60 million and projects 400,000 visitors in its inaugural year, is designed to show the role religion, especially the Bible, played in the founding of the nation and continues to play to this day.

Founded in 1816 when the nation was very young, ABS’ purpose was to promote reading of the Bible. The organization’s first president was Elias Boudinot, who was president of the Continental Congress from 1782 to 1783. Its second president was John Jay, the first chief justice of the United States Supreme Court, explained Roy Peterson, who is the current ABS president. Other distinguished past members include Presidents John Quincy Adams, Rutherford B. Hayes and Benjamin Harrison.

Over the years the ABS has printed or distributed a stunning 6 billion bibles worldwide. In the beginning they were the King James Bible in English, but since then many other editions and in many other languages.

For most of its existence the ABS was headquartered in New York City, but three years ago it relocated to Philadelphia’s historic district. Peterson, in his presentation, especially emphasized the faith of the founding fathers in Philadelphia as they wrote the nation’s foundational documents. He also noted the regard that Philadelphia’s founder, William Penn, had for Scripture. 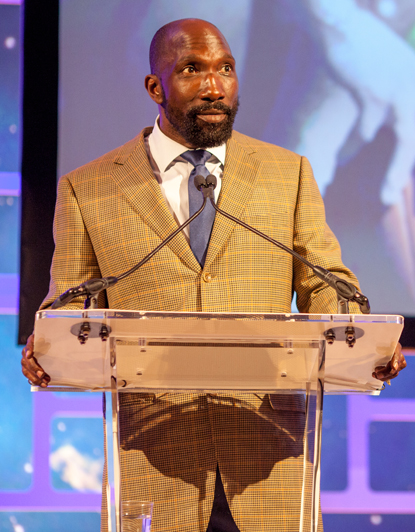 Ike Reese, a former Eagles linebacker and host on Sports Radio 94 WIP, was emcee for the June 11 event. (Photo by the American Bible Society)

In keeping with the football theme the welcome was given by Ike Reese, a former Eagles linebacker who covers sports on Sports Radio 94WIP. The opening prayer was led by Dr. Herbert Lusk, a former Eagles running back who would kneel in prayer after making a touchdown and who is now senior pastor at Greater Exodus Baptist Church.

The main event was a Q & A by sports radio commentator Rob Maaddi with Doug Pederson, and it was very clear from the conversation the importance of faith not only in the Eagles coach, who reads from his Bible every morning, but also most of his players.

“Nothing is done without prayer,” Pederson said. Speaking of the team’s cohesiveness, he said, “It’s the Holy Spirit that binds you together,” and “I truly believe God had a plan for the Eagles.”

For himself, he said, “I have to trust God and say, ‘It’s in your hands, it is not my call.’ I have a group of men who accept Jesus Christ as their Lord and Savior.”

Also on the program was a message from Archbishop Charles Chaput. What makes that unusual is the American Bible Society is historically a Protestant group, and for most of its history Protestant and Catholic Bible scholars didn’t talk to one another.

That changed in 1943 after Pope Pius XII directed Catholic biblical scholars to return as much as possible to the original texts for translation rather than rely completely on St. Jerome’s late fourth century Latin Vulgate, which served as the official Catholic Bible. Some of the source manuscripts uncovered more recently would not have been available to Jerome.

This movement was reinforced by the Second Vatican Council, which urged scholars to work together to produce texts that are acceptable by all Christians, and that has been the general rule ever since, although some of the later books accepted in Catholic bibles are not included in Protestant bibles.

Because Archbishop Chaput was away at a meeting of the United States Conference of Catholic Bishops in Florida at the time of the dinner, his message was read by Father Thomas Viviano, his secretary.

The archbishop especially complimented the ABS for its cooperative efforts with the visit of Pope Francis to Philadelphia, which happened very shortly after it relocated to the city.

The closing prayer was offered by Sister of Mercy Mary Scullion, whose work on behalf of the poor in Philadelphia crosses all denominational boundaries.

“It’s a great organization and the Bible is such an important force,” Sister Mary commented after the program. “It is important for us to reflect on it and come together.” 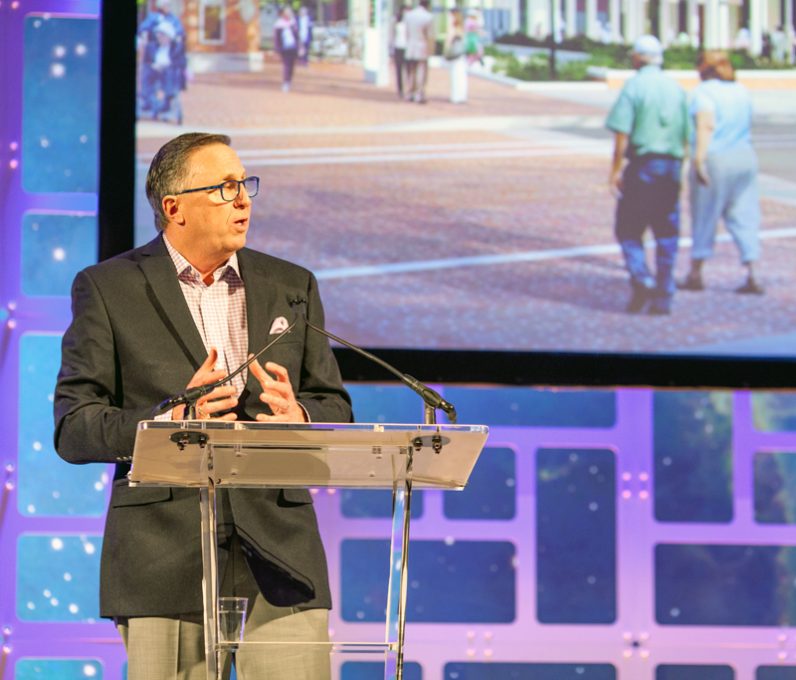 NEXT: De La Salle Vocational grads ready to roll up sleeves for work