What are Catholics’ opinions about faith and science? 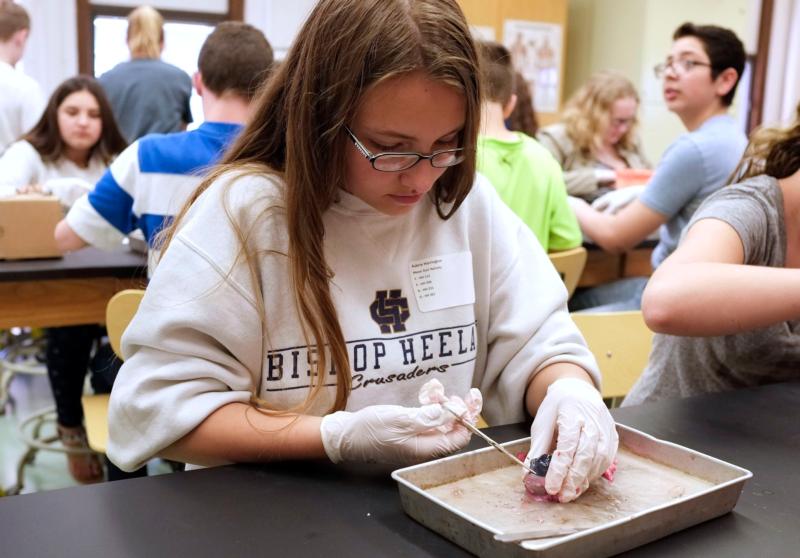 Are Catholics more accepting of science than adherents of other religious groups?

However — and it’s a big “however” — it’s not an overwhelming difference. Catholics can be just as inconsistent as other adherents when it comes to seeing conflicts between faith and science.

The questions among Catholics are usually the same as those attributed to other groups: whether Adam and Eve were real historical figures, whether the Big Bang theory accurately describes the creation of the universe and whether the theory of evolution is to be believed.

Mark Gray, co-author of the report from the Center for Applied Research in the Apostolate at Georgetown University, noted one key finding: “Not many teachers in Catholic schools take (the Book of) Genesis literally,” he said. At the same time, 56 percent of the respondents said they believed that Adam and Eve were real, historical people.

The survey also showed “that many in each category of believers are grappling with the issue of compatibility.”

Gray added that “half or slightly fewer of those professing a Christian faith believe that current scientific theory and evidence is compatible with the belief that God created the universe and Earth, compared to about a quarter of non-Christians and just over 1 in 10 with no affiliation.”

The Catechism of the Catholic Church states that “there can never be any real discrepancy between faith and reason. Since the same God who reveals mysteries and infuses faith has bestowed the light of reason on the human mind, God cannot deny himself, nor can truth ever contradict truth.”

But that, of course, assumes a strong faith.

“We find that a lot of people who leave the faith do so because they think it’s incompatible with science,” Gray observed. “There’s a belief that they can’t coexist. They don’t have a good understanding of science or their Catholic faith. There are gaps.”

The survey asked respondents specifically about their faith practices: how often they attended Mass, prayed or went to confession, the firmness of their belief in God and their beliefs in biblical inerrancy.

“Displaying great variability,” the survey concluded, “those mostly likely to agree that (faith and science) are compatible are those who most often practice their faith: those who attend Mass weekly or more,” who go to confession “at least yearly” and who participated in a variety of Lenten practices.

That doesn’t surprise Gray. “People who think about the afterlife and that heaven and hell … reconcile the faith with what they know about the world at large,” he said.

In general, the survey found “that Catholics compared to other religious people are more receptive to science,” Gray said.

It’s not a matter of piety, but rather, Gray thinks, that regular worshipers stay involved in the world and become more open-minded to a range of ideas.

Pope Francis studied chemistry and worked as a chemist for a time, but Gray said the survey didn’t seem to find any “Francis effect” in scientific beliefs among Catholics, nor did it delve into environmental policies.

As for belief in climate change, the survey showed that “two-thirds of Catholics agree that temperatures on Earth are rising in response to higher concentrations of heat-trapping greenhouse gases,” and about the same proportion believe that this is “largely a result of human activity.”

But here again, acceptance of science sometimes can split along lines of the frequency of faith practices. Those attending Mass at least weekly are “least likely to agree that they have a moral responsibility to combat climate change,” but “the more likely respondents are to observe Lenten practices, the more likely they are to feel they have a personal responsibility.”

PREVIOUS: Science in the Bible expresses God’s love for us

NEXT: Science and religion are not opponents in a battle