Crisis may only be beginning, but God keeps his covenant

The following homily was preached during Mass on Sunday, Aug. 19 at Holy Martyrs Church, Oreland. 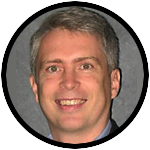 Ever since the news broke on Tuesday — up to and including the present moment — I have been struggling, wondering what we might say to each other on Sunday here at Mass, around the Lord’s table.

I don’t know about you, but I have experienced this week from many different perspectives. There are at least four survivors in my circle of friends. I know three priests on the accused lists. And after the news broke on Tuesday, early Wednesday morning I had to go the grocery store on my way in here to Mass, so I was wearing a clerical collar. I am experiencing it as a clergyman; I’m thinking, as I walk through Weaver’s Way, what are these people thinking about me?

But most of all, I have experienced this week as a father. I have three little girls in the front row there, and another one over there, as our altar server. Last night, Sarah and Miriam (Sarah is 7, and Miriam is 3), we read two stories before bed. We read about Pip, the little boy who grows flowers, and Babar, the elephant king. Three-year-olds and 7-year-olds are great, because they don’t read the newspapers. It doesn’t matter what’s going on in your mind. For them, it’s always time for Pip and Babar. And it’s my job — at so many levels — to protect that innocence: to fight and build something in the Church beautiful for God, and to protect that innocence.

So today I want to talk to you, and just tell you, a couple quick stories about what gives me hope, and why I fight to build something beautiful for God, despite what has been in the newspapers this week.

Since 1908, the Oreland Volunteer Fire Department has been training heroes, volunteers who are willing and able to respond to a fire. When there’s trouble, when there’s a house on fire, they don’t run away. They get up from whatever they’re doing and they go to help. They turn and face the heat. If there are any Oreland fireman here today, please introduce yourself to me after Mass. I will be back by that door, because I want to hang out with people like you. I want to hang out with people who go into the fire, to help.

Here in this parish, and in our school upstairs, we rely on many other kinds of volunteers who are here to help. We’re trying to follow Jesus by building this place up. All of us have our own story for how we got here.

Making a long story short, my story is that on Monday, Feb. 7, 2011, I wrote the seminary a letter, formally declaring that I was willing and interested in being trained to become a deacon. Four days later — Thursday, Feb. 11, 2011 – the grand jury of Philadelphia came out with its second report on abuse in our own archdiocese. I turned to Hannah and said, “You sure you want to go through with this?” Darn straight, we agreed. If the Church is on fire, we need to help. Our job is to head toward the heat and help save people.

A few days after that, little Sarah here, who was a couple of weeks old, she was scheduled to be baptized. People said, “With all that’s going on, you’re going to baptize your baby?” “Darn straight, we are.”

My father reminded me of the story from the biblical prophet Jeremiah. When Jerusalem was under attack from the Babylonians — an attack Israel was going to lose, and all the best and brightest were going to get carted off into exiled in Babylon, the low point in the history of the people of God — it has been worse than today.

In that situation, with the violent collapse of Jerusalem imminent, Jeremiah made a big production of observing the formalities to buy a plot of land outside the city walls. The Babylonians were at the gate, and Jeremiah made this big production about buying land, just when Israel was about to fall.

He dotted every “i,” crossed every “t,” had all the elders follow every legal procedure to the letter, because he was saying to Israel: It’s a low point right now, but we will be back. I’m going to buy land, and I’m going to have a deed to this land, because although we’re about to go into exile in Babylon, we will be back.

So when the house is on fire, the fireman goes in to help. I became a deacon. Jeremiah bought land.

Friends, it says here in our second reading “watch carefully how you live … because the days are evil.” Evil is real, even in the Church. There’s a famous quotation: “The road to hell is paved with the skulls of erring priests, with bishops as their signposts.” Some say it’s from St. John Chrysostom in the fourth century, others that it’s from Dante in in the 13th. Either way, history is clear.

For reasons that I do not always understand and always struggle to accept, God, in his Providence, says to the Church: I have told you what to do, I have made it perfectly clear how you ought to live, but if you insist on betrayal, I won’t stop you.

How do we fight evil, then? How do we help when the house that’s on fire is the Church? How do we exist in this world, remain sane, serve our neighbors, and grow in holiness? Evil is real — both out there, and even in here.

Hear again today’s Gospel: “Jesus said to the crowds, I am the living bread that came down from heaven … the one who feeds on me will have life because of me.” Jesus looks at the world and he offers himself anyway. That is God’s answer to evil. And our answer to evil is to look at Jesus, to feed on him, and offer ourselves anyway.

When Jesus is offering himself in today’s Gospel, the disciples are in the crowd listening to him. In other words, Judas is present too. Jesus knew what the crowds would do to him someday. Jesus knew what Judas would do to him. Jesus already knew (as writer David Mills says) “every horrible act, every stupid move, every bit of laziness and selfishness and pettiness, every lying, cheating, lowdown thing” that people would ever do: Jesus knew, and he gave himself away to Judas, to the crowds, and to us. He gave himself anyway.

As my friend Rod Dreher recently recollected, on a German radio program in 1969, Father Joseph Ratzinger reflected on the state of the Church. Today we know him as Pope Emeritus Benedict XVI, and you can read what he said in 1969 in a little book called “Faith and the Future.”

Nearly 50 years ago, he foresaw that the Church of the future would be smaller, making more demands on the initiative and commitment of those who remain. In other words — back when in theory, on paper, things were still pretty good for the Church — Father Ratzinger saw that a fire was coming.

Today a crisis (the crisis?) is truly upon us. Fortified by Jesus, the living bread in the Eucharist, we need to support each other and help put the Church back together. It’s going to be very, very hard.

But Father Ratzinger ended his talk on a note of joy, saying that the smaller Church of the future has a chance to rediscover her center and essence. Citizens of a future world that has entirely forgotten God will be lonely, and if we who remain in the Church are stepping up like we should, the people of the future will rediscover the “little flock” or remnant of believers as something new and powerful.

Friends, for all we know, even with all the bad news this week, the crisis may only be beginning. But the Eucharist is our safe haven, the place where we regroup and prepare for spiritual battle. We have a parish and a school, and so many opportunities to build up a community, to serve and to save people.

Although our Church may be on fire today, although the Babylonians may be at the gates of Jerusalem, God keeps his covenant. Life beyond death, good overcoming evil, and the sacrifice on this altar — these are real things. What happens on this altar is so real that we can recommit and stake our lives on it.

NEXT: In these dark days, our hope remains in the Lord