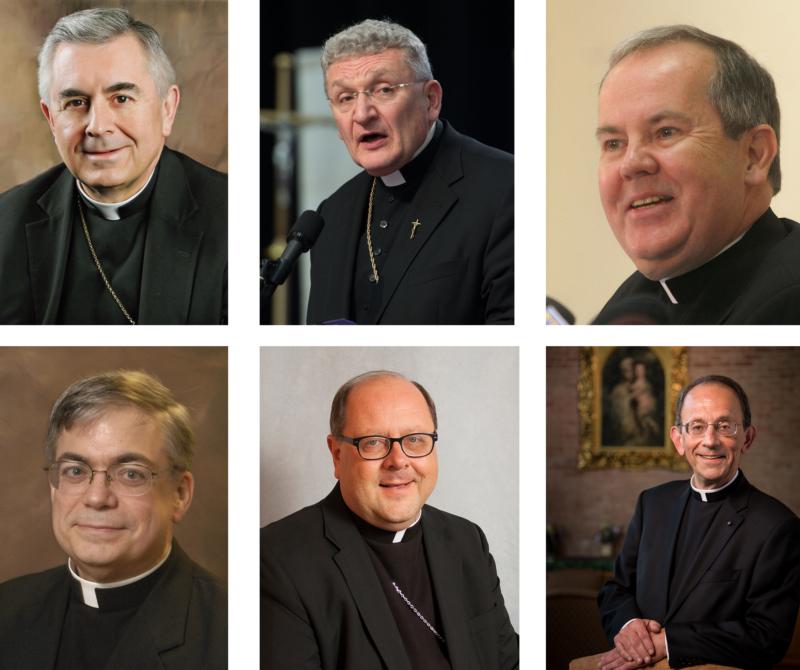 WASHINGTON (CNS) – A Pennsylvania grand jury report issued Aug. 14 paints a picture of a Catholic Church in six of the state’s dioceses that for decades handled claims of sex abuse of minors under its care by hiding the allegations and brushing aside its victims.

More than 300 priests were linked to abuse claims and over 1,000 victims were identified, said Pennsylvania Attorney General Josh Shapiro in a news conference following the report’s release.

“The main thing was not to help children but to avoid ‘scandal,'” says a biting sentence about the behavior of church leaders and officials in the report, detailing a months-long investigation of clergy sex abuse claims in the dioceses of Pittsburgh, Harrisburg, Allentown, Scranton, Greensburg and Erie.

The report of almost 1,400 pages covers a period of 70 years into the past, including information from the early 2000s, a time when news of the clerical sex abuse scandal erupted in the U.S. Before its release, some urged that the report be read keeping in mind that a lot has changed in the church since then, and also that not all of the report’s claims are substantiated.

In the Diocese of Pittsburgh, for example, a few priests named in the report are still working there because diocesan officials could not substantiate claims of abuse made against them, Pittsburgh Bishop David A. Zubik told local reporters Aug. 10.

The Pittsburgh Post-Gazette newspaper reported that Bishop Zubik said: “There is no priest or deacon in an assignment today against whom there was a substantiated allegation of child sexual abuse.” He said he would explain the process to parishioners following the report’s release.

(Watch a video on the press conference below.)

But there are many painful claims.

In the news conference, Shapiro described allegations of a priest who physically molested a group of children by telling them he was doing a “cancer check,” one who he said “impregnated” a girl, others who had boys strike a religious pose naked to take pictures of them. Shapiro spoke of a “systematic cover-up” by church officials who took information to the Vatican, who also did nothing to help victims. He also spoke of priests who “weaponized faith” and had the victims go to confession for the sins that had just been committed against them.

Some of those who testified before the grand jury were present for the release of the report. Reporter Brandie Kessler, of The York Daily Record, tweeted: “Victims and family members are being led in. I’m seeing a few people starting to cry.”

Some bishops from the six dioceses named responded almost immediately after the release.

“I read the grand jury report on child sexual abuse with great sadness, for once again we read that innocent children were the victims of horrific acts committed against them,” said Harrisburg’s Bishop Ronald. W. Gainer in a statement shortly after the document’s release. “I am saddened because I know that behind every story is a child precious in God’s sight; a child who has been wounded by the sins of those who should have known better.”

Bishop Lawrence T. Persico of Erie appeared in a news conference and took questions shortly after the report’s release, saying he wanted to address the victims and spoke of their “unimaginable pain” and suffering.

“You were betrayed by people holding themselves out as servants of God,” he said. “Each one of you has your own story with pain and grief that is unique to you I don’t know presume to know … I want to assure you that you are not responsible in any way for what happened to you.”

He said he offered “sincere apologies” for each of victims.

“Because of the report, the public will begin to understand your pain in a new way,” he said, pledging that the Diocese of Erie would not “shroud abusers in secrecy no matter who they are and how long ago it took place.” 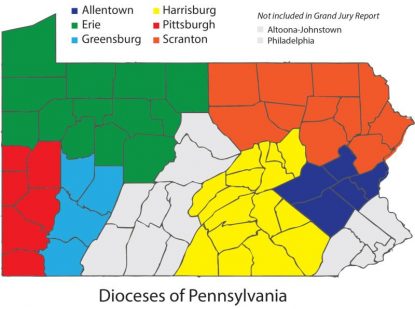 Bishop Zubik said in a statement, “We are sorry, I am sorry. I take this report to heart. It is a story of peoples’ lives.”

“No one who has read it can be unaffected,” he said, including many who are themselves victims of child sexual abuse and its details would reopen wounds. But no doubt some would feel “betrayed” by the church, too, he added.

“Today, I again apologize to any person or family whose trust, faith and well-being has been devastated by men who were ordained to be the image of Christ,” he wrote. “Ever since I first met victims of clergy child sexual abuse in 1988, I have seen the immense pain that this crime causes to its victims, to their loved ones and to the heart of Jesus. Their words break my heart. I have cried with them and for them over the damage done to them and their families by men whose lives should have been committed to protecting their souls from harm. I dedicate myself to helping them and to doing everything possible to prevent such abuse from happening again.”

He said the report points out instances in the past when the church did not respond effectively to victims.

“Swift and firm responses to allegations should have started long before they did,” he said. “For that I express profound regret.”

The grand jury said it found in its investigation that those who claimed sexual abuse of their own or of their children by Catholic clergy or other church workers were “brushed aside,” and officials became more concerned with protecting the abusers because they wanted to protect the image of the church, the report says.

Some of those named in the report had their names redacted, or blacked out, after challenging the inclusion of their identities in it without having the legal opportunity to defend themselves. They are scheduled to have a hearing with the court in September.

Some of the dioceses involved said they would release the names of those facing “credible allegations” in the report when the document was made public and some of them did so immediately.

The Diocese of Erie added five names to its list Aug. 14 and those names were not included in the grand jury report, said Bishop Persico. Some, such as the Diocese of Harrisburg, made its list public Aug. 1, updating it Aug. 6, adding the name of an accused priest to it after receiving “additional information.”

“We again emphasize that this is a list of accusations; we did not make assessments of credibility or guilt in creating this list,” a statement from the diocese said.

Not all who are accused of sexual abuse or of covering it up in the report are priests. Some on the lists released by dioceses are deacons, some are seminarians, teachers or other church workers, and some are no longer alive. Some are accused of being in possession of child pornography, others of inappropriate touching, kissing, soliciting a child for sex, but most are listed as “sexually abusing a child.”

Following the sex abuse crisis in 2000, the U.S. bishops in 2002 approved procedures and protocols for addressing allegations of abuse. But Shapiro seemed to cast doubt that it was enough.

“They claimed to have changed their ways,” he said.

The development comes as the Catholic Church in the United States finds itself grappling with the late July resignation from the College of Cardinals of a beloved and respected retired prelate, now-Archbishop Theodore E. McCarrick, 88, of Washington, following decades-old allegations that he sexually abused seminarians and at least two minors. He has been removed from public ministry, as of June 20, and is awaiting a Vatican trial.

NEXT: Bishops ‘shamed’ by ‘sins, omissions’ of priests, bishops leading to abuse