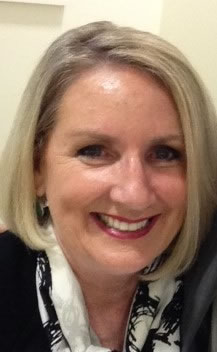 For most of her adult life, Suzanne Mulrain has worked mostly as a volunteer in religious education programs while pursuing a career in the health management field — and while fulfilling her role as a wife, mother and grandmother.

But since January of this year, she’s been working in her dream job as coordinator of the School of Theological Studies (STS) at St. Charles Borromeo Seminary in Wynnewood.

The STS, which is under the direction of Father Patrick Brady as dean, was founded in 1969 by Cardinal John Krol in direct response to the call of Vatican II. The intention was to educate religious and laity as faithful witnesses to the new evangelization of the world, Mulrain explained.

In addition, through the STS’s Catechetical Institute, school teachers, catechists and adults seeking to learn more about the Catholic faith can take courses at a very reasonable cost. (Graduate courses are priced at an understandably higher rate.)

“The catechetical lectures are for everyone; they are very accessible,” Mulrain said. “We are rebuilding the Church Ministry Institute, building ourselves up to build up the culture from a Catholic perspective.”

The courses include studies in the Old and New Testaments, church foundations, Catholic moral teaching, sacraments, Christian anthropology and Christology.

Mulrain herself holds a Master of Arts from STS, and she is currently a doctoral candidate at the John Paul II Institute for Marriage and Family in Melbourne, Australia, which fortunately does not require her physical presence “down under.”

Raised in Jenkintown and Maple Glen, Mulrain is now a member of Our Mother of Consolation Parish in Chestnut Hill. She first encountered the discipline of religious education during her undergraduate studies in political science at Chestnut Hill College. Her great aunt, Sister Elizabeth, S.S.J., tapped her to be a catechist for a confirmation class at St. Matthew Parish, Conshohocken.

“I loved it,” Mulrain recalled.

After college and marriage, she and her husband Kevin lived out of state for 12 years due to his career. Upon returning to the Philadelphia area, they settled in St. Philip Neri Parish, Lafayette Hill, where they raised their three children — sons Ryan and Jordan, and daughter Molly. So far, Mulrain has two grandchildren, Sadie and Grace.

At St. Philip’s, she served as a volunteer catechist while pursuing her health management career.

“I really treasure that experience,” she said. “I was able to work with the children and their families.”

The parish already had a pre-reconciliation retreat in place, and at her suggestion a pre-first Communion retreat was added. Some 12 years into her service as a volunteer, Msgr. Charles Vance asked if she would like to take courses at the seminary, and she agreed.

When she began studying at the Catechetical Institute, Mulrain did not at first have a degree in mind; instead, she simply wanted to enhance her knowledge of the faith to become a better catechist. She never dreamed she would one day oversee the program in which she was enrolled.

“That’s what really inspired me to take the master’s degree program,” she said. “I love history and I always tell people about the School of Theological Studies. It would be wonderful if all pastors were supportive of this, not only for teachers but for parishioners. We are open to everyone.”

In 2009, Mulrain began working toward her degree in earnest, and four years later, she was awarded Master of Arts in sacred theology from STS.

Although many STS graduates work in parishes, a number remain in their chosen professions in witness to their faith, Mulrain noted.

“We have doctors, nurses and business people in the program,” she said, adding that lay and religious alike participate in the STS program.

In addition to the faithful in Philadelphia, the program draws students from the Camden, Trenton, Wilmington and Allentown dioceses, said Mulrain.

One very popular summer program is designed for religious sisters. Unlike the other STS courses, the six-week session is conducted in residence at the seminary.

“Sisters have told me they consider this a summer of studies and spirituality,” Mulrain said.

For parish catechists, classroom teachers, religious or faithful who seek to learn more about Catholicism, the STS offers “great classes” and a learning track that looks to the future.

“We want to build up more programs for the people of the archdiocese,” Mulrain said.

For more information on the School of Theological Studies at St. Charles Borromeo Seminary in Wynnewood, visit www.scs.edu/school-thelogical-studies.

NEXT: Banking, nonprofit expert ready to roll up sleeves at Faith in Future