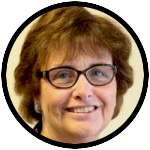 As the long anticipated home opener of the Super Bowl Champion Eagles was about to kick off Sept. 6, Mother Nature closed in on the jammed packed “Linc” with severe weather, causing the dreaded game delay. During the hiatus, a television commentator stressed the importance of the locker room environment and coaching while waiting to take the field. As a rule, he continued, good coaches plan, prepare and practice over and over again with their players for such suspensions in order to keep players’ momentum and spirits high.

Good coaching exists beyond sports. In my position as deputy secretary of catechetical formation, I am privileged to serve the many exemplary “coaches” for the Lord known as catechists. The Archdiocese of Philadelphia is blessed with approximately 5,000 men and women who accept the baptismal call to teach the Catholic faith to a new generation of believers in our parish religious education programs and Catholic schools.

With Jesus, the Master Teacher, as their model, these generous servants carefully coach up their students to encounter a loving and living God for a lifelong relationships.

Faith formation, however, is not restricted to a classroom and only to children. As Bishop Robert Barron notes in his message for Catechetical Sunday, Sept. 16, that “it takes the whole church … inside and outside the walls of the church and across society, to reach out and accompany (the faithful), and share the joy of the Gospel with them.”

In other words, we need to be and take Jesus to others, especially those on the peripheries. One beautiful example of this catechetical witness is the IHM Family Literacy Center.

A mission of the Sisters, Servants of the Immaculate Heart of Mary (IHM), this center self describes as committed to breaking the cycle of illiteracy that exists within many Hispanic families in the Coatesville area of Pennsylvania by providing an early learning center for toddlers from 3 to 5 years old while teaching their mothers instruction in English as a second language, parenting support, life skills, citizenship and computer skills.

All is provided in a faith-based atmosphere of prayer and Catholic values. That last line is the game changer as the sisters accept no government monies and fully underwrite the cost of operations and personnel, which includes two sisters and one lay person.

Recently, the center’s parish lease was not renewed. As no other “Catholic” space was available, the sisters relocated to a former charter school. I had the honor of attending the blessing of the new space on Sept. 6 which included the IHM Congregational Administration, community novices, moms and children from the center, and Father Matt Guckin from the Office for Catechetical Formation as the celebrant.

After the blessing Sister Bernadette Heistler and Sister Jean Hennelly, who oversee the center, invited those present to listen to testimonies of women who are presently enrolled or graduates of the center.

Nine women, two of whom took off work, began to speak one by one. All but one hailed from Mexico. None spoke English upon arrival. All described themselves as “shy, scared” and confined to a home that was chaotic with little or no outside support and very dependent on their husbands especially for shopping and on translators for school or medical appointments.

That is, until they found “the sisters” and “this program” which “changed their lives.” All agreed that they were taught more than English. In almost mantra-like fashion each woman voiced the term “rules and routine” that replaces chaos with respect in the homes. All said that they are now confident and strong in their roles as mothers.

So many noted that their favorite “routine” is now reading at bedtime (in English) to their children. One noted that she has earned her GED; another that she can fill out a job application in English; another has a driver’s license; and yet another spoke of the pride that her children exude when she speaks in English with their teachers and medical personnel. In fact, most noted that the children encourage and help them to speak in English.

Perhaps most profound, these moms now see themselves as the spiritual heart and guide of their families. They told of their prayer centers at home with rosaries, religious books and articles that their children know is their sacred space. Their children who attend the preschool at the center also are English speakers upon entering public education and typically do not need language intervention. All ended their testimony with “Thank you, sisters, thank you!”

At the conclusion, Sister John Evelyn, who was instrumental in finding the new space, spoke directly to the women. She told them of the sisters’ love and passion for them and the program as they gave up vacation, personal time and many nights in packing up and unpacking for this move. She thanked them and their families for helping them to move and set up the new center.

Sister Mary Ellen Tennity, general superior, also told the moms that the sisters often tell the religious community stories about them and their visits to homes. “You inspire us; you encourage us. We pray for you but being here today … you help us to pray better!”

The theme for Catechetical Sunday this year is “Enlisting Witnesses for Christ.” Through the work of the these great IHM coaches at the IHM Family Literacy Center, these women now have a game plan for their life, family and their church.

Ann Menna is deputy secretary of catechetical formation for the Archdiocese of Philadelphia.

NEXT: Parents are vital to rebuilding the church