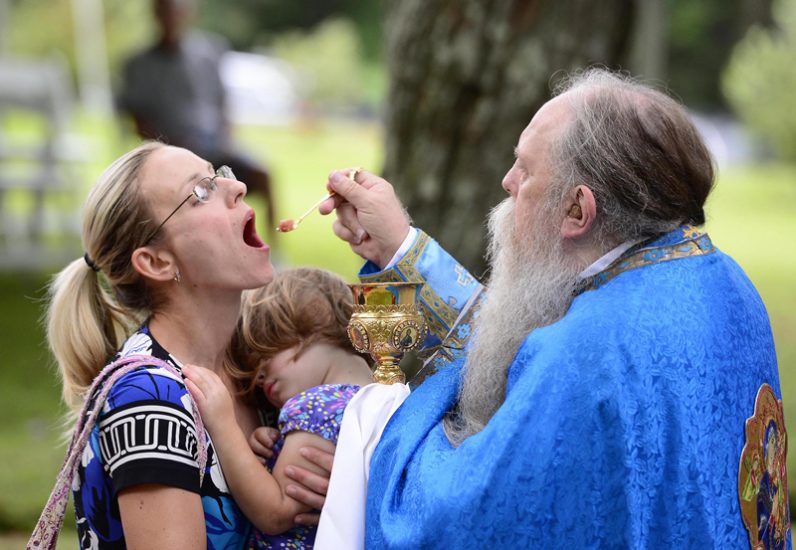 CENTRALIA, Pa. (CNS) — The Assumption of the Blessed Virgin Mary Ukrainian Catholic Church in Centralia, seems an unlikely place for a pilgrimage.

Located on a lonely tree-filled hilltop, above a famous but mostly abandoned town, this church built in 1911 could have been forgotten. Instead, with its three onion-shaped domes, it stands as a testament to faith in tough times and places.

Centralia’s claim to fame isn’t the Ukrainian Catholic Church, but the fire burning in a network of mines underneath the town since 1962. That fire eventually sent poisonous gases into homes and businesses.

As a result, most residents moved out using money from a federal relocation program. Hundreds of buildings were demolished. Today, less than a dozen people live in Centralia, often called a ghost town.

The Assumption of the Blessed Virgin Mary Church is the only church left of the seven once here. Among them was St. Ignatius Catholic Church, where Masses were celebrated just a year after the Diocese of Harrisburg was established in 1868.

Once home to 3,000 members, a parochial school, convent and cemetery, St. Ignatius was directly affected by the fire in the early 1980s. The last Mass celebrated there was on June 25, 1995. St. Ignatius Church was razed in November 1997. Today, its cemetery is the only standing reminder of the once flourishing parish.

Still, people of faith continue to be drawn to the church on the hill and hundreds traveled there Aug. 26 for the third annual Marian pilgrimage.

“We’re located on the side of a mountain, a place conducive to meditation and prayer,” said Father Michael Hutsko, an archpriest who is pastor of the church. The church was declared a Ukrainian Catholic pilgrimage site in 2015. 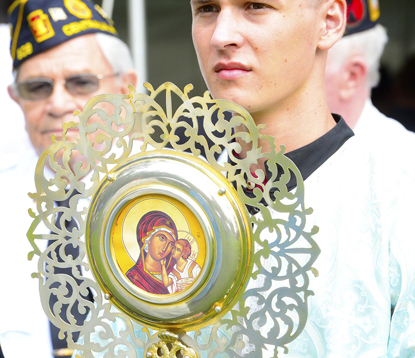 An icon of the Blessed Mother and the infant Jesus is seen as pilgrims walk in a procession to Assumption of the Blessed Virgin Mary Ukrainian Catholic Church in Centralia, Pa., Aug. 26. (CNS photo/Chris Heisey, The Catholic Witness)

Pilgrims came from Pennsylvania and nearby states for the day of prayer led by four bishops with three Catholic traditions: Ukrainian Catholic, Roman Catholic and Ruthenian Byzantine Catholic.

“It’s a time to place your heart, soul and mind in the hands of our Savior and ask him to heal all of us, bring us peace and strengthen our faith,” Father Hutsko said.

The day of prayer included a Divine Liturgy with responses sung by the choir of the Ukrainian Catholic National Shrine of the Holy Family in Washington, a living rosary and a procession to the church for the celebration of a “moleben,” which is a service asking for the mother of God’s intercession.

Pilgrims sang the traditional Akathist hymn to Mary, the mother of God.

In his homily, Bishop Andriy Rabiy, apostolic administrator of the Ukrainian Catholic Archeparchy of Philadelphia, thanked the pilgrims for journeying to this holy mountain, where “you can feel something special, the presence of God.” He was accompanied by Auxiliary Bishop John Bura of the archeparchy.

Bishop Ronald W. Gainer of the Latin-rite Diocese of Harrisburg urged the pilgrims to “take time and meditate on each prayer at each bead” when praying the rosary.

At the prayer service, Bishop Kurt Burnette of the Ruthenian Byzantine Catholic Eparchy of Passaic, New Jersey, talked about forgiveness and “fresh beginnings.” When he had needed to forgive, he was given the strength to do so, he said. “I prayed in front of the icon of Mary and asked her to pray for someone. After a while, it worked. God softened the hardness of my heart.”

Assumption’s parishioners know all about challenges. Most lost their family homes due to the mine fires. They also worried about losing their church.

While they were relocating, there was talk about demolishing Assumption. That plan was dropped after a survey done under the church indicated that it was built on solid rock, not coal.

Although the vast majority of Assumption’s parishioners moved out of Centralia, 50 of them still faithfully attend Divine Liturgy every Sunday morning, Father Hutsko said.

“We have members whose families belonged to this church for generations,” he said. “We also have new members. We’re a prayerful church where faith is expressed in an open and real way.”

Joanne Panko, who relocated to nearby Numidia, is the third generation of her family to belong to Assumption. She is raising her children in that church too.

Klaus is a freelance reporter for The Catholic Witness, diocesan newspaper of Harrisburg.

Contributing to this story was Father John M. Fields of the Ukrainian Catholic Archeparchy of Philadelphia. 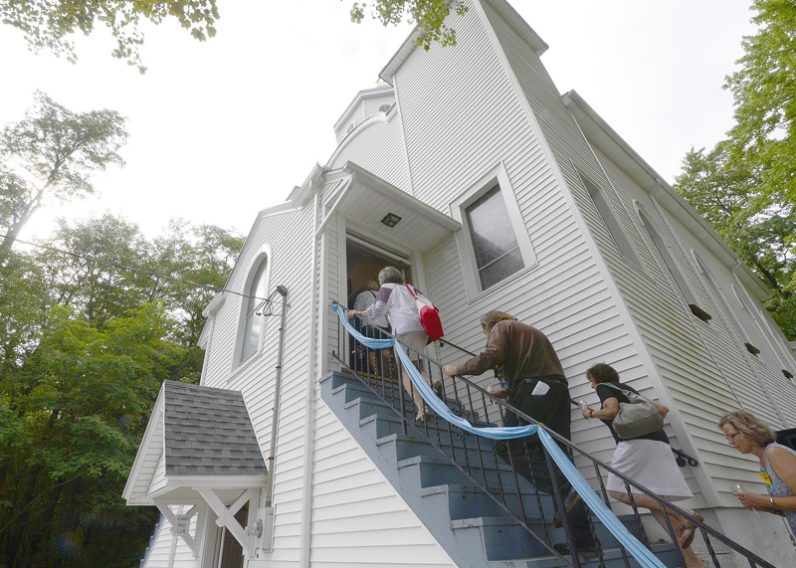