The following appeared in the Oct. 4 issue The Catholic Spirit, newspaper of the Diocese of Metuchen, New Jersey. It was written for Respect Life Month (October) by Dr. Angela Lanfranchi, a breast cancer surgeon and member of a member of Our Lady of Lourdes Parish in Whitehouse Station, New Jersey. 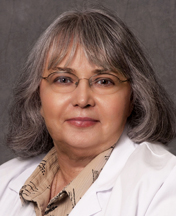 St. Paul IV’s famous 1968 encyclical “Humanae Vitae” informed us that the unitive and procreative aspects of the marital act should not be separated by artificial contraception, including the pill.

At the present time, 9 million women in the United States are taking the pill. What most don’t know is that in 2005 the World Health Organization’s International Agency on Research of Cancer listed the pill as a group 1 carcinogen for breast cancer, the same group that holds cigarettes as a cause of lung cancer.

According to a 2011 study by Alison Parkin in the British Journal of Cancer, 15 percent of premenopausal breast cancer is attributable to the pill. This means 16,000 new cases of breast cancer per year could be eliminated if women stopped using the pill. In the United States, 82 percent of all women of reproductive age have unknowingly taken these carcinogens. They don’t know the drugs in the pill are the same drugs in higher and more potent forms that are in hormone replacement therapy, or HRT, which their mothers abandoned in droves when they learned they caused breast cancer.

Why don’t they know that oral contraceptives are the same drugs their mothers abandoned in droves? Young women need to demand the truth when they are facing decisions that could increase their risk of becoming one more of the 2.5 million breast cancer survivors there are today.

According to the Centers for Disease Control and Prevention, the yearly failure rate for the pill is 8 percent, resulting in 720,000 unplanned pregnancies a year, which result in over 300,000 induced abortions a year.

A young woman presents to a pregnancy resource center. She is pregnant. Abortion cannot turn back the clock. Her decision whether to have her child or to have an abortion will impact her risk of breast cancer in the future. When conception occurred, even before implantation when some say her pregnancy will begin, that embryo has secreted human chorionic gonadotropin, or HCG. This hormone that women test for using a store-bought pregnancy kit has already caused permanent changes in her breasts. They have started to get bigger by making more milk, producing glands in response to the estrogen and progesterone her ovaries are making now that she is pregnant.

Does that pregnant young woman not have a right to know these facts before she makes that decision impacting not only the life or death of her fetus/child (depending upon the decision she will make) but her own as well?

Yet women still get mastectomies, radiation and hormonal treatments that put them into instant menopause for these non-publicized, non-invasive cancers. Their fertility ends with those hormonal treatments. Even though between 97 percent and 99 percent of women are cured of non-invasive cancers, they should know those facts that increase and decrease their risk for any breast cancer.

Every physician acknowledges that a full-term pregnancy protects a woman from breast cancer by differentiating her breast tissue, thereby making it cancer resistant. In fact, after the National Cancer Institute’s workshop on early reproductive risks and breast cancer in 2003, Leslie Bernstein, Ph.D. and workshop leader, was quoted in an interview the day of the workshop’s conclusion that the findings clearly show, “the biggest bang for the buck is the first birth and the younger you are the better off you are,” adding that women should not make life-altering decisions based on these findings.

That’s Bernstein’s opinion. Many women would disagree. Shouldn’t it be the pregnant woman who decides what’s important to her in her unique set of circumstances? What if her mother had breast cancer at an early age? What if she had other risks? In her case, having a child, even if adoption was the best option for her, would reduce her risk.

All women have a right to know what those in the medical field have known for years. Especially if they are taking a group 1 carcinogen for a non-disease, fertility.

PREVIOUS: Seeing the beauty in disability, and in those who help

NEXT: The slow reform: No quick fixes for the evils we face