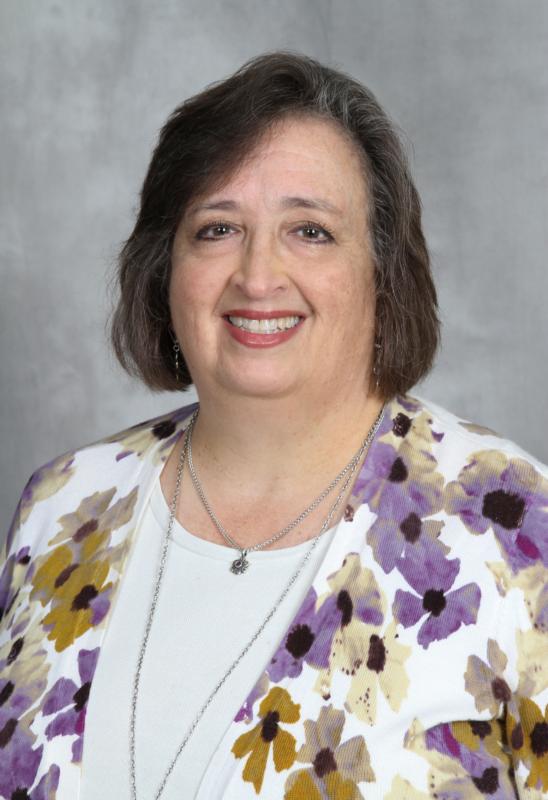 Mary Anne Castranio, executive editor of The Georgia Bulletin and vice president of the Catholic Press Association, died early Oct. 12. She had been in Washington attending a two-day meeting of the CPA-CNS Liaison Committee and was admitted to the hospital Oct. 11. She is pictured in a 2017 photo. (CNS photo/Michael Alexander, Georgia Bulletin)

ATLANTA (CNS) — One of Mary Anne Castranio’s biggest joys came only after facing her fears.

Castranio hated to fly but still boarded an airplane for a life-altering trip in June 1998. Then in her early 40s, she traveled to China to be united with her daughter, Amy, whom she adopted.

Marking the 20th anniversary of the adoption this year, she wrote on her Facebook account, “The very best, most wonderful baby girl became my daughter. The joy continues on.”

From that experience, she fostered tight-knit friendships with families with children adopted from China.

“Mary Anne was the kindest of souls. She never met a stranger. She was very loving. Her faith for God always shone through in everything she did. Amy was the light of her life,” said Karen Campbell, a longtime friend who also adopted her daughter from China.

Castranio, executive editor of The Georgia Bulletin, newspaper of the Archdiocese of Atlanta, died Oct. 12. She was 61.

She had traveled to Washington for a meeting with Catholic Press Association and Catholic News Service colleagues when she collapsed.

Castranio joined the archdiocesan newspaper as executive editor in August 2003. She was a well-respected colleague and friend, contributing to conversations surrounding Catholic publications on a national level by being elected to the CPA board and serving as vice president and Southern regional representative.

“She always presented the church’s teachings and principles with integrity and honesty,” he said. “That type of integrity gained her many fans and widespread respect. Her colleagues at the archdiocese will miss her cheerful demeanor and enthusiasm.”

Later, Castranio studied for a master’s degree in technical communication from Southern College of Technology in Marietta, Georgia, now part of Kennesaw State University. She worked as a senior technical writer at IBM and MAPICS Inc., and spent two years at the Centers for Disease Control and Prevention editing articles for a scholarly medical journal before joining The Georgia Bulletin.

From the adoption community to the parish music ministry, Castranio lived a life of doing for others.

“She was never too busy to do what people asked her to,” said Mercy Sister Carolyn Oberkirch. The women knew each other starting in the 1980s at Our Lady of the Assumption Church in Atlanta and kept in touch when Sister Carolyn moved to Mobile, Alabama. “She had a lot of giving to share. She was a very loving, loving person.”

Castranio was devoted to her daughter and joined Families With Children From China Atlanta for support and a desire to root her daughter in Chinese culture. “Amy was her life. There’s nobody who ever doubts that,” said Roxanne Lau, a onetime leader of the group.

She led the archdiocesan newspaper through changes in the media landscape and the social media boom as the newspaper staff earned awards from the CPA.

The Georgia Bulletin allowed her talents in writing and editing and a deep faith to intersect.

At the newspaper, she found “a unified vocation that was very genuine and deep,” said Gretchen Keiser, who worked with Castranio as the publication’s editor for 14 years. “Her accomplishments both in the Atlanta Archdiocese and beyond blossomed at every turn with the help of the Holy Spirit.”

Castranio’s faith and her love of the news took her to a leadership role with the CPA.

Her peers knew she was “committed to the craft,” said Joe Towalski, CPA president, who is communications director of the Diocese of St. Cloud, Minnesota, and editor of the diocesan newspaper, The Visitor.

“She was a journalist who always did things the right way. She tried to shed more light than fire with the coverage she did,” he said.

Greg Erlandson, director and editor-in-chief of CNS, first worked with Castranio when they were temporarily filling in for others on the CPA board. He said she understood the value of the Catholic press and the role it plays in communicating the substance and the relevance of the church to readers.

“In her service on the CPA-CNS Liaison Committee, she was both funny and insightful, direct in her comments and supportive in her actions,” he said.

“I don’t think I was ever in a meeting when she didn’t mention at least once the powerful witness of eucharistic adoration in the archdiocese,” Erlandson added. “The Catholic press is in mourning, for we have all lost a great journalistic leader and a great friend.”

The family was to have a private burial. A memorial Mass for friends and colleagues will be celebrated Nov. 3 at St. Joseph Church in Marietta, Georgia.

Editor’s Note: Contributions in Castranio’s memory can be made to Our Lady of Perpetual Help Home in Atlanta at www.olphhome.com.