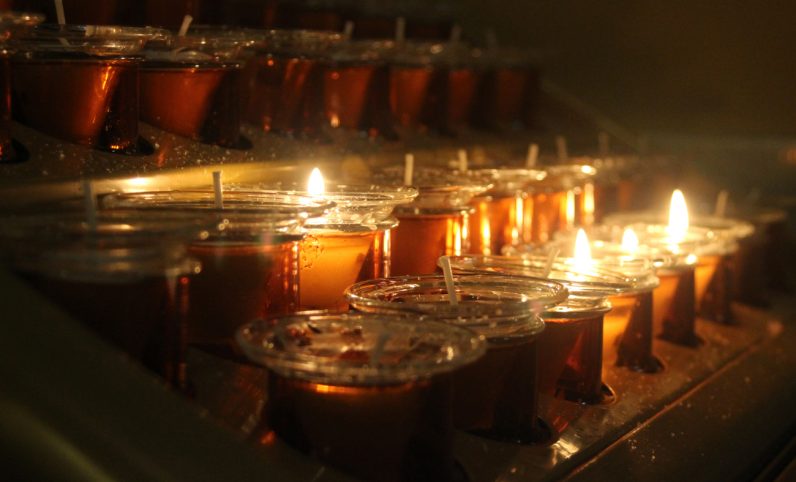 The clerical child sexual abuse scandal is a cancer that can only be cured with radical surgery and long recuperation. It was first exposed in Boston in 2002 and in Philadelphia via grand juries in 2005 and 2011.

Since then it has morphed into a national and international scandal, with a not-so-subtle shift in public perception as to who bears the most blame.

How are parishes in the Archdiocese of Philadelphia addressing the issue, or are some just ignoring it, hoping it will go away?

A check with local deans and parishes gives some answers.

Msgr. Joseph Nicolo, who is pastor of St. Helena Parish in Blue Bell and dean for Deanery 5 in Western Montgomery County, said parishes in his area are including petitions in the Prayer of the Faithful during Mass and in Holy Hours. Also at a meeting for pastors of the deanery at St. Helena’s, attended by 26 priests, two recommended experts, Dr. James Black and Dr. Karen Kubala, were brought in to discuss the issue.

“I was looking for people to come in and speak about how this affects the victims, the people in the pews and how it affects us as clergy ministering to the people. They were a great help to the priests,” Msgr. Nicolo said.

“People who tell you things tell you how they support you and how you are appreciated,” he said. “But you know there is a lot of pain out there. I think the ones who are affected aren’t talking to us and you can’t minister to them if you don’t know what is going on in their lives.”

In Deanery 8 in South Philadelphia, Father Joseph Kelly, who is also pastor of St. Monica Parish, said, “We do block collection the old-fashioned way and I’ve been in every living room in the parish. We’ve dealt with these questions and I think it’s better than a group meeting where some people can get carried away. It definitely has come up and I think our Mass attendance is down a little bit.

“I can tell you most people are more disgruntled with the hierarchy than the priests. We have no more moral voice. There is a lot of trust that has to be regained.”

Msgr. Hans Brouwers, dean of Western Delaware County’s Deanery 2 and pastor of St. Katharine of Siena Parish in Wayne, said the parishes in his area have held prayer vigils, given a presentation on Archbishop Chaput’s letter to the faithful following the Pennsylvania Grand Jury report in August, spoken about the issue in homilies and “recited a special litany of the saints asking St. Michael, St. John Vianney, St. Charles Borromeo and St. Augustine for true repentance and conversion to help priests and bishops, and also for survivors, to find their way forward.”

In his own parish, Msgr. Brouwers has not seen much anger. “I pray that everyone will recognize it for what it is,” he said, “a national and international crisis and work to abolish it, just as we worked to abolish slavery.

“May the Spirit of God lead and guide us in this important moment for the church. Let’s all continue to pray for all victims of sexual abuse so that they might find healing from their terrible suffering,” he said.

Msgr. Joseph Corley, pastor of Blessed Virgin Mary Parish in Darby and dean of Deanery 1 in Eastern Delaware County, said in his deanery most of the pastors spoke on the crisis from the altar and invited people to come afterwards with any comments they might have.

“I did have one woman who wanted to vent,” he said, “and I told her she could write about it in our parish bulletin and she did for a few weeks.”

Blessed Virgin Mary Parish has a mostly low-income population and “Our people are so busy just surviving I don’t think they have time to think about it,” Father Corley said.

Msgr. Charles Vance, Dean of Deanery 7 in Eastern Montgomery County and Northwest Philadelphia, said he addressed the issue at all of his Masses at St. Philip Neri Parish in Lafayette Hill. He also had one woman come up and say she was through with the church.

“I still see her at Mass,” he said. “Generally speaking our Mass attendance is still good and our collections are still good. I attribute it to (the fact) we addressed it and people appreciate that we did. I think parishes that ignored it are paying the price; people react to that.

“When I addressed it at Mass all of the people clapped. People need to hear that and appreciate it when you do address it.”

Msgr. Federico Britto, dean of Deanery 9 in West Philadelphia and Center City and pastor of St. Cyprian Parish, said, “Contrary to what some of the other deans have experienced, people have come up to me and asked how I am doing. This is something that happens everywhere, whether you are married or not married. It is unfortunate that the media are attacking the Catholic Church. Priests are human and this isn’t right.

“People are upset but you know in our archdiocese the archbishop did what he had to do. We are under attack for what happened many years ago. It is a horrible crime, but I think it is across the board in every institution.”

At St. Peter Parish in West Brandywine, where Father Michael Fitzpatrick is pastor and dean of Deanery 3 in Western Delaware County, after he began hearing requests from parents as to what more could be done, the parish contacted Deb Ryan of the Crime Victim Center of Chester County.

She recommended a program called “Stewards of Children,” which is a prevention training program that teaches adults how to prevent, recognize and react responsibly to instances of child sexual abuse.

Flyers were distributed to other local churches and schools for a program open to the whole community. The response was excellent, Father Fitzpatrick said, and the program was held at the church Oct. 22. It featured a DVD presentation, an oral presentation, group discussions and a question-and-answer period.

So far, St. Peter has been the only Catholic entity to sponsor it in Chester County. “I would encourage other parishes to offer the program to their communities,” Father Fitzpatrick said. “If outside Chester County, they should contact their local Crime Victims Center for information.”

At St. Vincent de Paul Parish in Richboro, after discussion a parish meeting was held Oct. 21, according to Father Joseph McLaughlin, pastor of the Bucks County parish.

“We didn’t want this just for the people who attend church so we sent a letter out to the whole parish family, so they got the letter whether they go to church or not,” he said. “We had about 100 people attend. There were a few there I don’t see in church but most who came were churchgoers.”

For his part, “I went all through Catholic schools and never experienced this (abuse) or know anyone that did. One of my seminary classmates had the same experience. We were not able to help victims, not knowing anything about it.

“At the meeting I described what happens now if a priest is accused and said, ‘it was wrong and it was evil.’ I opened the meeting up for anyone to say what they wanted to say and following that I answered any questions that were proposed by them. I also read the Archbishop’s letter.

“Some were disenchanted but (are) still coming to church because the church does a lot of good, especially charity. They did say members of the hierarchy who oppose extending the statute of limitations still don’t get it.

“I think the meeting was a success because they were grateful they had the opportunity to express their opinion. It was definitely worthwhile.”

At Holy Innocents Parish in Lower Northeast Philadelphia, a town meeting might not be practical because the parish is trilingual.

Father Thomas Higgins, Holy Innocents’ pastor, did address the scandal at length through his parish councils, advisory board and homilies.

“Everybody is frustrated, sad and disheartened,” he said. “This has been going on for 16 years and we are back where we were.

“I remember when I was in the Youth Office right after the scandal erupted and we had Amy Caples who was at Channel 3, as a speaker, and she said, ‘As sad as we are, I don’t put my faith in any priest, bishop or pope. I put my faith in Jesus Christ. He is my rock and my salvation.’ I guess I’ve quoted that many times over the past few months.

“If we are going to put our trust in a person – priest, bishop or pope – we will always be let down. Our relationship is with Christ and it is a call to be made stronger.”

As for his parish, collections were up this past year and the October count – the annual head count of people attending all Sunday Masses throughout the month — was about the same.

Like virtually all priests and laity, Father Higgins was critical of the past practice of reassigning priests with an accusation against them, usually without informing their new pastor of the accusation.

“If I were a pastor I wouldn’t want to take a chance on him with so many children in the parish at risk,” Father Higgins said.

NEXT: Leaders detail monetary aid for victims of ‘unspeakable crimes’