Sisters of Mercy spiritual center named a “zone of peace” 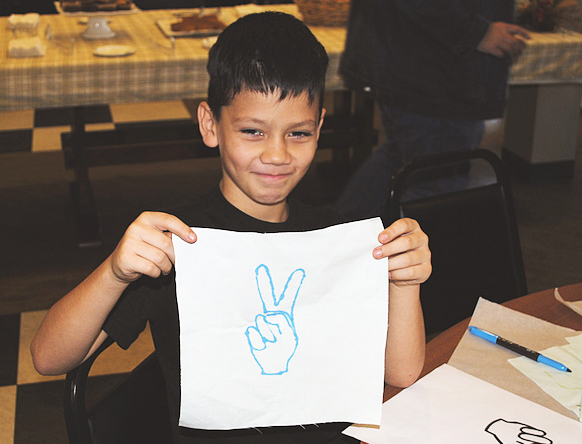 Leaders from area Catholic, Jewish, Muslim and other faith traditions gathered on Nov. 11 to designate a Northeast Philadelphia retreat house as a “zone of peace.”

Members of the Religious Leaders Council of Greater Philadelphia assembled at the Sisters of Mercy’s Cranaleith Spiritual Center to recognize the organization’s efforts in addressing the root causes of violence and hatred.

“We chose Cranaleith as a zone of peace because of its role in offering people from all backgrounds a place free from fear, filled with respect, and marked by deeds of kindness,” said the Rev. John B. Hougen, an ordained pastor of the Evangelical Lutheran Church in America and coordinator of the Zones of Peace initiative.

As part of the day’s ceremonies, Rev. Hougen presented a banner that will be displayed on the Cranaleith’s grounds. Participants prayed for the urgent need for peace, and made craft flags with various symbols of peace.

Cranaleith’s executive director, Charlene Flaherty, welcomed the designation as an affirmation of the center’s mission – and of society’s need for nonviolent solutions to its challenges.

“In these troubled times there has never been a more important moment for people to have a place to find healing, hope and peaceful transformation,” said Flaherty. “We are honored to be recognized as a place for reflection, reverent dialogue and meaningful partnerships.”

Cranaleith offers a range of programs that address issues at individual, family, community and global levels. 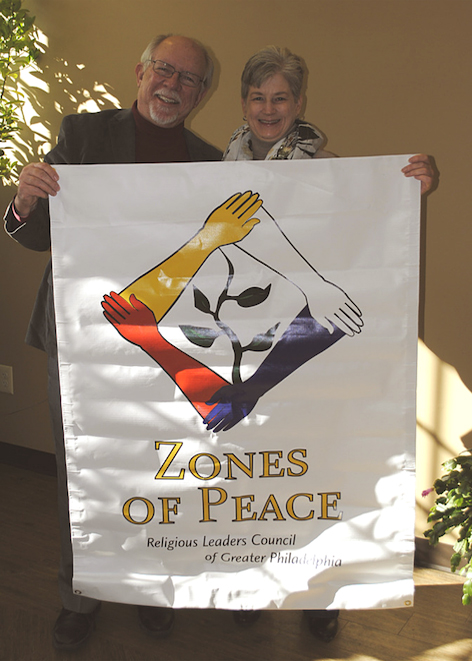 In partnership with the U.S. Veterans Administration and veterans organizations, Cranaleith provides free days of healing to women veterans suffering from post-traumatic stress disorder (PTSD) and similar conditions. Working with both Roman Catholic and Episcopal dioceses, Cranaleith also offers training for clergy from all traditions to minister more effectively to veterans and their families.

The center also hosts a discussion series entitled “Conversations That Matter,” which brings together people with diverse experiences and convictions into thoughtful, civil exchanges. A garden therapy program, offered in partnership with local nonprofits, servespersons who are intellectually or emotionally challenged.

Founded in March 2006, the Religious Leaders Council of Greater Philadelphia aims to build relationships of mutual support between various faith communities, while identifying issues of concern for dialogue and action. Co-convened by Archbishop Charles J. Chaput, Rabbi David Straus, Imam Anwar Muhaimin and the Right Reverend Daniel Gutiérrez of the Episcopal Diocese of Pennsylvania, the council is the first of its kind in the city, with more than 30 member communities, representing more than two million people of diverse faith traditions from across the greater Philadelphia region.