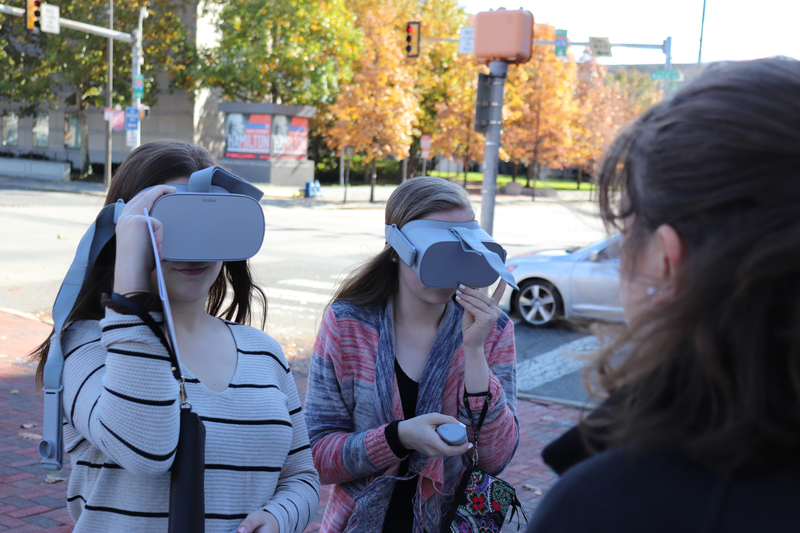 A Nov. 3 pop-up photo display in downtown Philadelphia invited passersby to enter the world of migrants and refugees – and even to take a virtual tour of a refugee camp.

Sponsored by Catholic Relief Services (CRS), the “Be Unafraid” exhibition wrapped up its four-city tour at Franklin Square Park, drawing several visitors who viewed portraits and read stories of migrant and refugee experiences.

The photos also captured the encounter between displaced persons and American citizens, who met to share their fears with one another as part of a two-day photo shoot organized by CRS.

Such encounters were at the heart of the exhibit’s mission.

“These photographs were meant to serve as a jumping off point for the critical conversations
we need to have as Americans about refugees and migrants, especially at a time when there is
so much fearmongering going on about those coming here to seek asylum,” said Kim Pozniak,
CRS’ director of communications. “We hope people are inspired by the way the church is
leading the way with such inclusive messaging.”

The “Be Unafraid” exhibit was part of the global Share the Journey campaign, which Pope
Francis launched in 2017 as a way to draw attention to the plight of migrants and refugees
around the world and to encourage people to welcome the stranger.

CRS, which supports millions of refugees and migrants worldwide through humanitarian and
development programming, is the international aid agency of the U.S. Catholic Church. 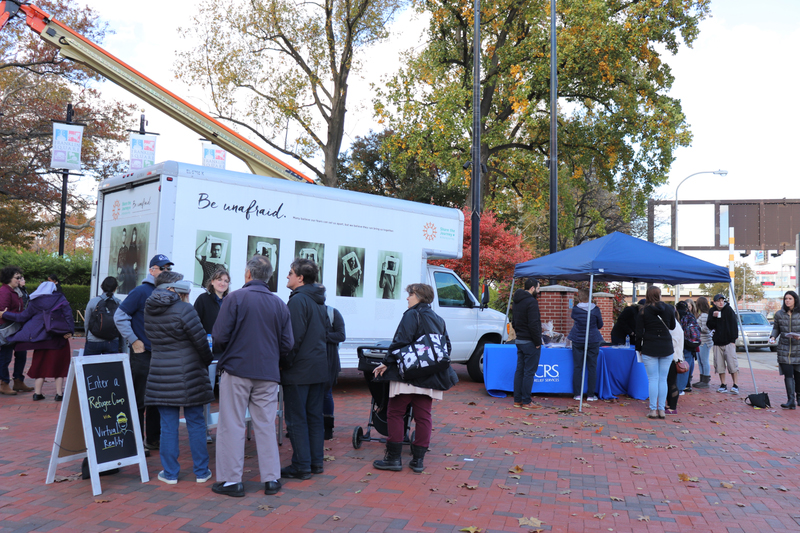