Advent is time of vigilance and prayer, pope says 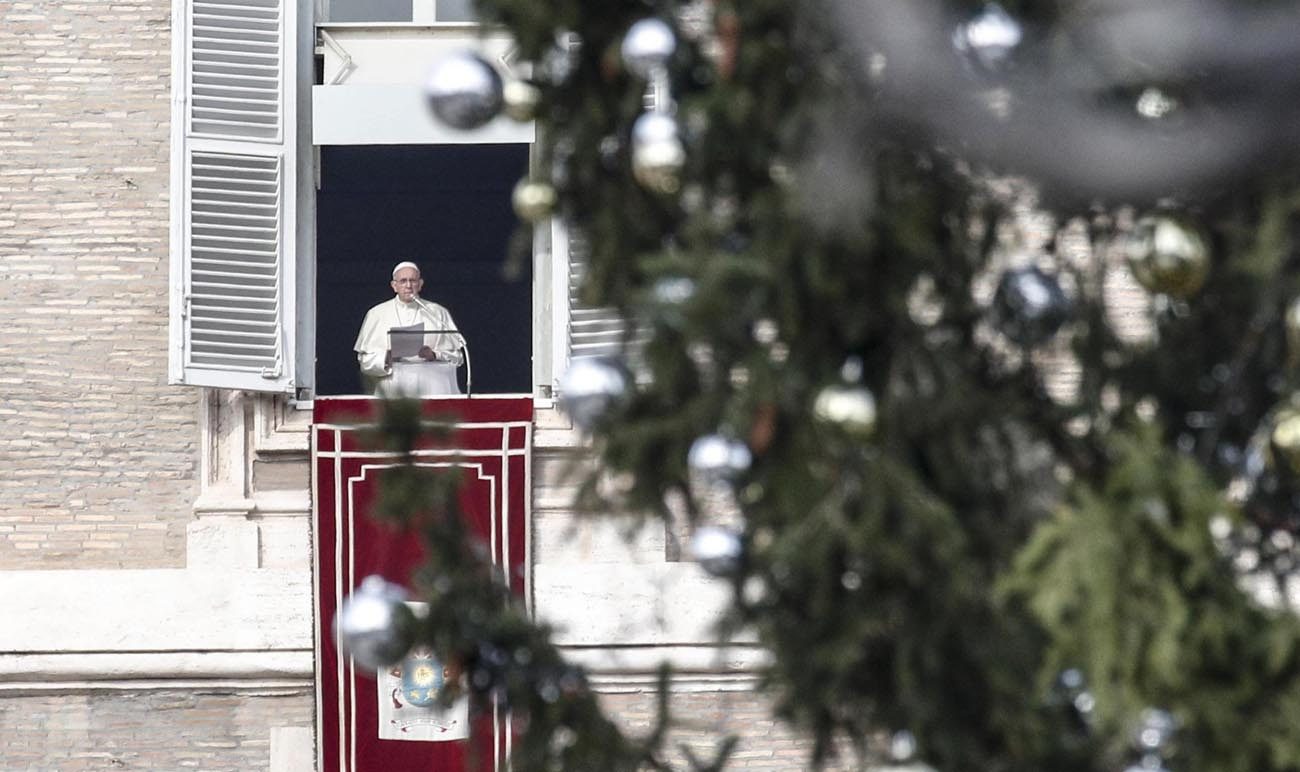 VATICAN CITY (CNS) — Christians can turn Christmas into a “pagan” or “mundane” holiday by focusing on the gifts and the tree rather than on the birth of Jesus and his promise to come again, Pope Francis said.

Celebrating the beginning of Advent Dec. 2 with the recitation of the Angelus prayer and at morning Mass in the Domus Sanctae Marthae the next day, the pope focused on the attitudes of vigilance and prayer that should characterize the Advent season and preparations for Christmas.

“If we think of Christmas in a consumeristic climate, looking at what we can buy to do this or that, as a mundane holiday, then Jesus will pass by and we will not find him,” the pope said before reciting the Angelus with an estimated 20,000 people in St. Peter’s Square.

In the day’s Gospel reading from the 21st chapter of Luke, Jesus tells his disciples to be careful that their hearts “not become drowsy,” but to “be vigilant at all times and pray that you have the strength to escape the tribulations that are imminent and to stand before the Son of Man” at the end of time.

“Be vigilant and pray — this is how to live this time from today until Christmas,” the pope said.

The drowsy heart described in the Gospel, he said, is a condition that comes from focusing exclusively on oneself, “one’s problems, joys and pains,” continually circling back around one’s own life.

“This is tiring, boring and closes off hope,” he said, while “Advent calls us to make a commitment to watchfulness, looking outside ourselves, expanding our minds and hearts to open them to the needs of people, of our brothers and sisters, and to the desire for a new world.”

Advent, he said, “is the opportune time to open our hearts and to ask ourselves concrete questions about how we spend our lives and for whom.”

Christians must hold fast to their identity, including at Christmas, by keeping the focus on Jesus and fighting the temptation to “paganize” the Christian feast, he said at the Angelus.

Returning to the theme at Mass Dec. 3, Pope Francis said Christians do well to remember they are not celebrating “the birth of the Christmas tree,” which is a “beautiful sign,” but the birth of Jesus.

“The Lord is born, the redeemer who came to save us is born,” the pope said. Of course, Christmas is a celebration, but “there is always the danger, the temptation to banalize Christmas,” to stop focusing on Jesus and get caught up in “shopping, gifts and this and that.”

Advent, he said, is a time to purify one’s focus, remembering that Jesus came into the world to save people from sin, that each person will stand before him at the end of his or her life and that Jesus will come again.

PREVIOUS: During Advent, spend time each day getting ready for Christ’s coming

NEXT: Wait for the Lord — and on him, in service to others at Advent