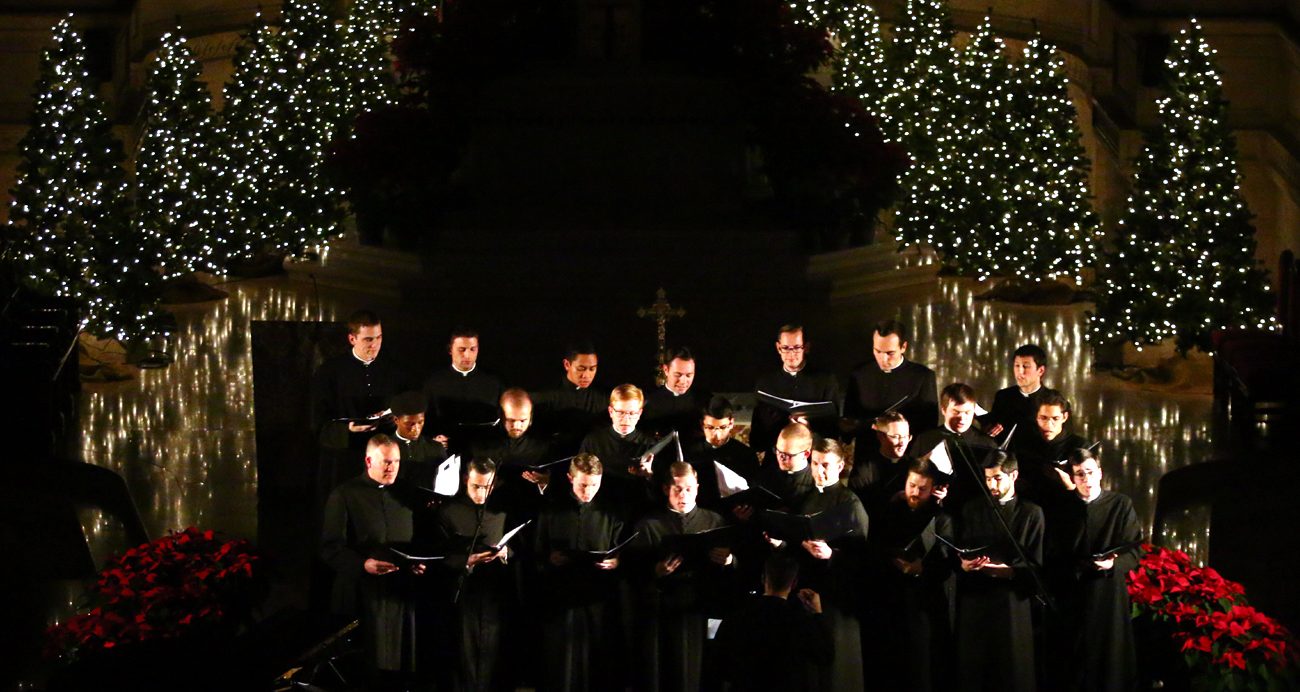 St. Charles Borromeo Seminary welcomes everyone to attend its free open house followed by an evening of religious music and prayer for Advent on Sunday, Dec. 9.

The open house, featuring seminarians taking visitors on one-hour guided tours of the seminary and explaining their daily lives in formation for the priesthood, begins at 1 p.m., with the last tours beginning at 3.

The 31st annual concert begins at 4 p.m. in St. Martin’s Chapel and will feature the choir and musicians of the seminary community.

Proceeds from a free-will offering at the concert will benefit a local charity selected by the seminarians: New Jerusalem Now, a Catholic drug and alcohol rehab facility in Philadelphia.

Also on display at the seminary’s Ryan Memorial Library will be dozens of Nativity scenes from around the world, as well as artifacts from the visit of Pope Francis to Philadelphia in 2015.

St. Charles Borromeo Seminary has been forming men for priestly service, especially in the Archdiocese of Philadelphia, since 1832. Last August 2018 the seminary reported its largest enrollment since 2000, with 175 seminarians, of whom 78 are studying for the archdiocese. Of the 52 new seminarians entering this year, 18 new men began their formation for the archdiocese.

The seminary is located at 100 East Wynnewood Road, Wynnewood.