Not surprisingly, St. Joseph’s Prep dominated with six players. While winning the Class 6A state title and finishing with a perfect 13-0 record, the Hawks finished the season ranked eighth in the country. 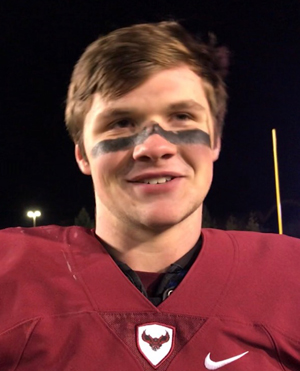 Prep quarterback Kyle McCord was named the Class 6A state player of the year. The sophomore phenom engineered one of the finest seasons in PCL history with 201 completions in 302 attempts for 2,883 yards and 35 touchdowns. McCord threw multiple touchdowns in 12 games and one TD in the other. McCord saved his best for the postseason, during which he fired 18 touchdowns in six games.

“I found out when a college coach texted me congratulating me on being all state,” said Mason. “I had no idea that I had been selected. I was very grateful, though. My friends and I would talk about being all state freshman year. For it to really happen is amazing.”

“I found out through my parents,” said Talley. “They had been looking through all kinds of articles and websites to find any information that they could. I don’t remember what day it was, but I was in the living room with my mom, and my brothers and I were startled by the shout of my mother congratulating me!

“When I found out, I immediately thanked God because he along with everyone else is taking notice of the hard work that has been done to earn these accolades. Like I said weeks ago, none of this is possible without those other 10 brothers around me, and I am thankful for the way I, along with the other seniors, ended our careers.” 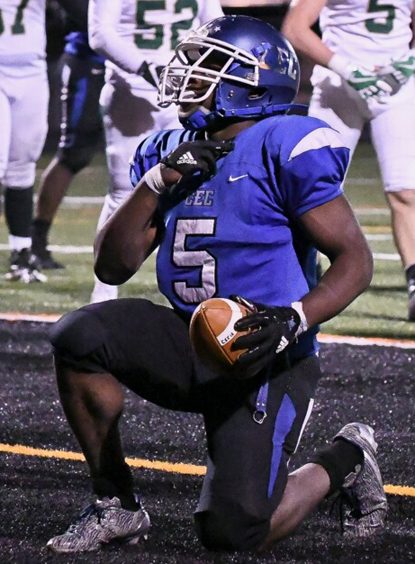 Conwell-Egan’s Patrick Garwo scores one of his 27 touchdowns this past season. (Photo courtesy Kathy Leister)

For the Class 3A squad, Conwell-Egan senior Patrick Garwo was a no-brainer. The Boston College University-bound running back set numerous school records for both one season and a career while propelling the Eagles to a 13-1 record this year.

This past fall, Garwo collected 2,027 yards and 30 touchdowns rushing and added 291 receiving yards and five scores. For good measure, Garwo also returned a kickoff to the end zone. His eye-popping career numbers — 5,064 rushing yards, 82 composite   touchdowns — were off the charts.

Joining Garwo was his Conwell-Egan teammate Dwayne Majors, a two-way senior lineman who was chosen on defense.

“I found out when I was out to eat with my coaches that I made it for the second time and that Dwayne had made it this year, too,” said Garwo. “It’s just a blessing, and to find out that he made it with me made it a lot better because we have been close since elementary school and we have always been working together to earn respect.”

Majors, who announced recently that he would attend St. Francis of Loretto (Pa.) and play defensive tackle and defensive end, heard the news from one of his new coaches.

“My defensive line coach from St. Francis actually texted me saying congrats on making first-team, all-state,” said Majors, who amassed 12 sacks this year. “I was just happy and thinking my hard work is paying off. I didn’t think they would pick me cause of my height (5 feet, 10 inches). I personally think I’m overlooked, so getting that really made my day.”

Neumann-Goretti sophomore Tysheem Johnson made the team as a defensive back. Although his N-G highlights were mostly of the offensive variety (six rushing TDs and seven receiving), Johnson snared one interception and returned it for a touchdown while usually blanketing the opponent’s top receiver. He also scored on a kickoff return.

“I was very excited,” said Johnson. “I found out from my coach the first day it was put out. It told me that all the hard work wasn’t for nothing. Now my goal is to win MVP of the Blue Division. 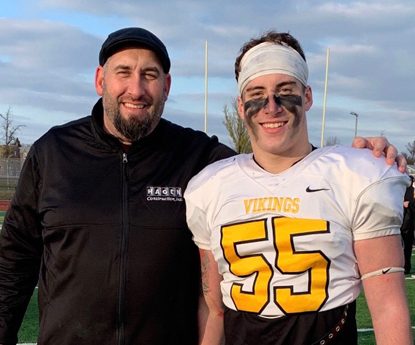 “I just found out when my dad told me since he was looking out for it on Twitter,” said Bishop, who will play offensive line at West Point. “I’m extremely honored to have received it for a second year. It’s a great accomplishment.”

“I found out later at night from a text from a coach and I felt excited and thankful to be thought of as all state,” said Urbanowski. “Since I was a freshman and being in many great linebackers’ shadows, it was a great accomplishment. It feels good to not be overlooked.”