Feeding needy neighbors, near and far, through CRS Rice Bowl 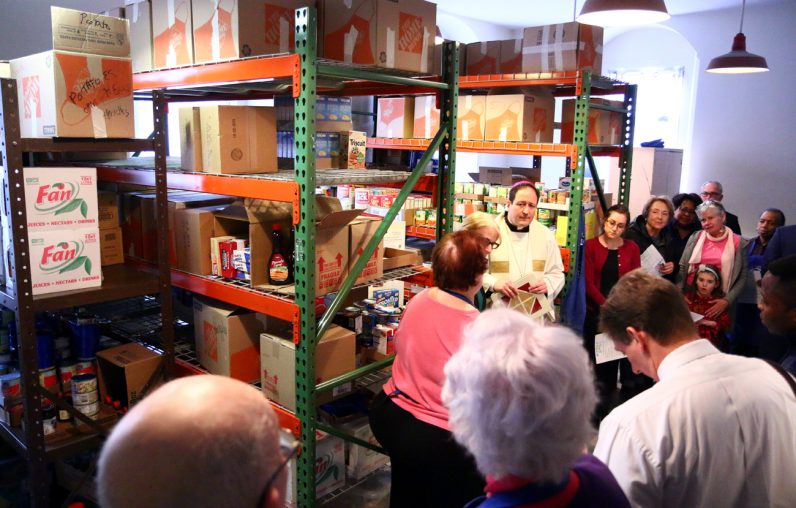 With Ash Wednesday and the beginning of Lent just around the corner on March 6, CRS Rice Bowl is starting up again for the 44th consecutive year.

The annual effort of Catholic Relief Services encourages Catholic families to set aside money, offer prayers and learn about needy people at home and abroad — coming together as one human family.

Last year Rice Bowl collected $12 million in the United States, and one-quarter of the funds remained in the local community. That means of the $388,000 raised by local Catholics in the Archdiocese of Philadelphia, $97,000 stayed to support local efforts to feed the hungry people of this region.

One such outreach is the small food pantry behind St. Vincent de Paul Parish in the Germantown section of Philadelphia, where this year’s CRS Rice Bowl kicked off with a prayer service Feb. 22 led by Bishop John McIntyre.

Volunteers Jean Flynn and Liz Bergen say the most popular items they distribute to the needy residents of Germantown and lower Mount Airy are macaroni and cheese, peanut butter and cooking oil. 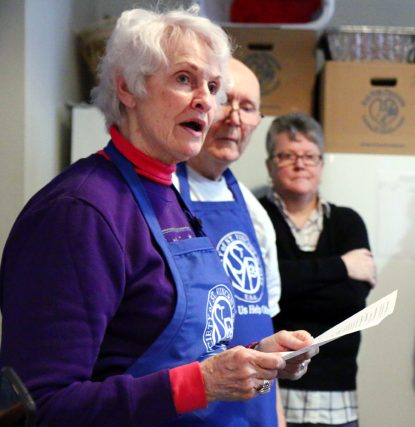 About half of those residents are senior citizens, according to Flynn, who has been helping to run the pantry since October.

“Many of them have health issues. We try to accommodate them as best we can,” she said. “We do have some single adults and the rest are women with young children.”

When St. Vincent’s is able to obtain donations of meat, usually frozen whole chickens, as well as the equally rare fresh fruit and vegetables, “word gets out” in the community and they go fast, according to Bergen.

The pantry’s main sources of food donations are archdiocesan Nutritional Development Services, the nonprofits Share Food Program and Philabundance, along with churches and schools in the area.

“We are eternally grateful to be part of this (outreach) network,” Flynn said. “There is no way we could do this ourselves.”

While seniors make up the majority of guests to the pantry, the volunteers are surprised by the recent increase in indigent young men. That is primarily because “they aren’t working, and they’ve moved. Most are new to the neighborhood,” said Bergen.

She pointed to the effect of gentrification, in which some city neighborhoods are redeveloped into new, high-rent housing, which pushes existing residents out of their neighborhoods.

But even after arriving in Germantown with its lower rents, many discover redevelopment is occurring on some blocks and that makes finding a home there difficult. Suzanne O’Grady Laurito of the local nonprofit Face to Face said her agency encounters individuals living in cars or families in one room of a boarding house.

According to the organization, in Germantown 26 percent of residents live in deep poverty, which is living on less than 50 percent of the federal poverty line. That equates to an income of $5,400 or less per year for a single person and $11,700 or less for a family of four.

Between seniors’ medical expenses and younger people’s housing costs, clothing and other needs, food budgets often are the first to be cut, so the need for food assistance remains acute. Among the items that St. Vincent’s volunteers need most are peanut butter, jelly, juice, shelf-stable milk and cooking oil.

The CRS Rice Bowl effort helps meet those needs, but it’s more than that. “The important thing about Rice Bowl is we pray, we learn and we give,” said Anne Ayella, archdiocesan director of local CRS efforts. “It’s much more than a collection.”

She stressed that Rice Bowl helps participants learn about their neighbors as close as Germantown — and as far as Africa and around the world.

One of those neighbors is Annet, a 16-year-old South Sudanese girl who has been caring for her three young siblings in a 300,000 person refugee camp in Uganda. She was forced to flee her country four years ago after violence there claimed both her parents.

Thanks to funding from CRS Rice Bowl, “Annet will receive a permanent housing structure for her and her siblings at the refugee settlement,” said Jeff Wallace, relationship manager for CRS, which serves the poor and suffering in more than 100 countries. “This house will provide a sense of normalcy and safety … amidst the uncertainty of being a stranger in a foreign land.”

Annet’s story is one of five that Rice Bowl participants are asked to consider each week of Lent — see them all on the CRS website, along with reflections and recipes for meatless meals from around the world.

Wallace noted the traditionally strong response to CRS Rice Bowl from the Philadelphia Archdiocese, in which it has been popular since its recognition at the 1976 International Eucharistic Congress, made it the second highest donor of all U.S. Catholic dioceses last year.

“We are grateful for the partnership that we have with this archdiocese, and we look forward to promoting the values of encounter, accompaniment and global solidarity,” he said. 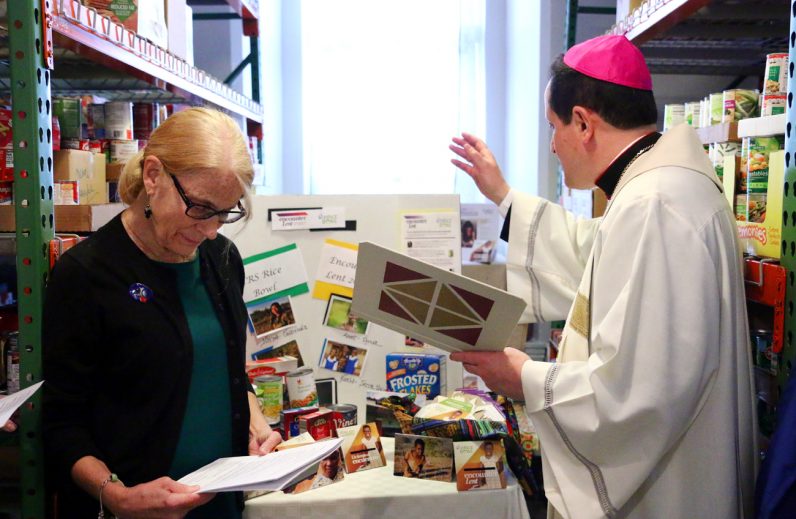