Teaching teens the value of life is her life’s work 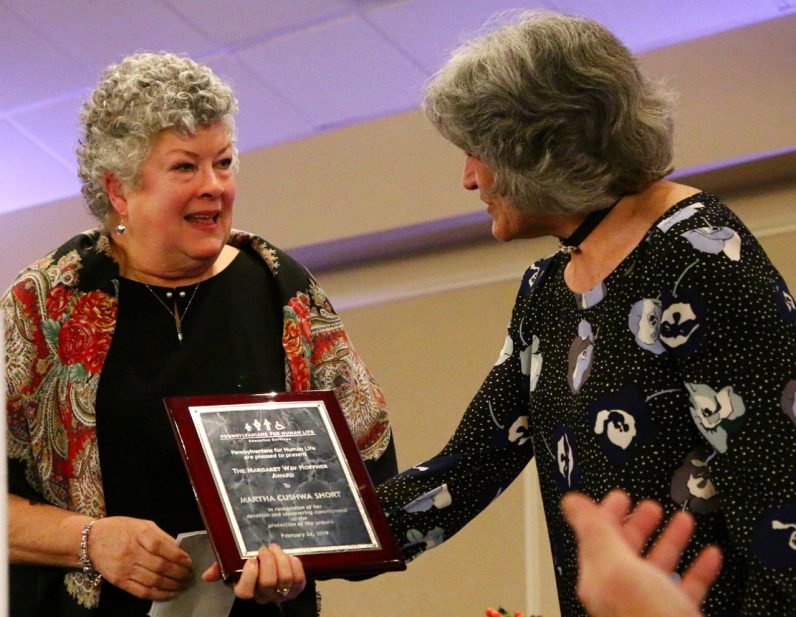 Martha Short, left, receives the Margaret Way Hoffner Award Feb. 24 from Pennsylvanians for Human Life, the pro-life educational organization for which she had until recently served as executive director. (Photo by Sarah Webb)

PHL has as its primary mission educating others, especially the young, on the value of all human life mostly through programs before high school and middle school classes. But the organization works with any interested group, maybe a community group or college, a professional organization, retreat facility or even a seminary.

Short’s passion for the unborn may be genetic. The eldest of the four children of Martha and Dave Kushwa, her parents were active with PHL in its early years. She well remembers about 10 years ago while visiting Immaculate Heart of Mary School in Roxborough how a teacher mentioned she never forgot what she learned from a PHL speaker when she was a student at Cardinal O’Hara High School.

Later in college the woman became pregnant, and the baby she kept was now an eighth grader in the school where she herself was teaching. “That PHL speaker may have been one of my parents,” Short speculated.

A graduate of Merion Mercy Academy and Rosemont College, Short worked for a bit as an assistant buyer at Strawbridge and Clothier. Then she and her husband Jim lived for a time in Michigan, but it was not long after their return to the Philadelphia area that in 1996 she became actively involved with PHL, first as office manager.

Her children, Christopher and Natalie, were in elementary school so she had the time, and she reasoned her work would be a good example for them. Three years later she moved up to the executive director position. 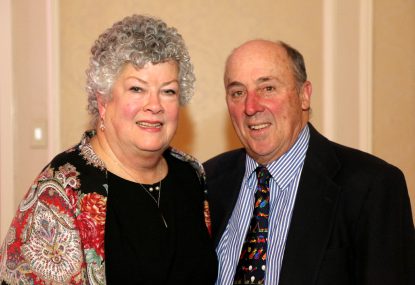 The real core of PHL is the dedicated unpaid volunteers who agree to visit the schools or other groups to spread the message of life. The volunteers are both men and women and that holds true for those attending the sessions.

Abortion is not just a woman’s issue, Short maintains. She recalls one instance where a young unmarried couple were facing an unplanned pregnancy. The young woman wanted to have an abortion. The young man not only persuaded her not to abort, he took full responsibility for the child and is raising it on his own.

Certainly Short has seen changes these past 22 years. In the beginning most Catholic schools had nuns or priests as administrators, and they were mostly receptive to having a PHL representative come in to talk to the students.

Now most school administrators are lay and less willing to have an outside group come in to address the students, Short observes. To be fair, she suggests that curriculums have gotten so packed that it is difficult to schedule time for an outside visit.

But the paradox she finds is that students of today are much more receptive to the message than their counterparts in the past.

“I feel very confident about the future of the pro-life movement, especially because of the many young people who attend our banquet,” she said.

But being pro-life goes hand in hand with being pro-family.

A major reason Short has chosen to leave the PHL administration is now she has three little grandchildren, toddlers Charlotte and Jimmy and infant Clara to watch over while their mom works. They are precious to her, but then again Martha Short believes “all life is precious.”

As for Charlotte, Jimmy and Clara, they may be the future for the pro-life movement. It’s in their genes.