For Carroll and Wood girls, defense paves way to finals 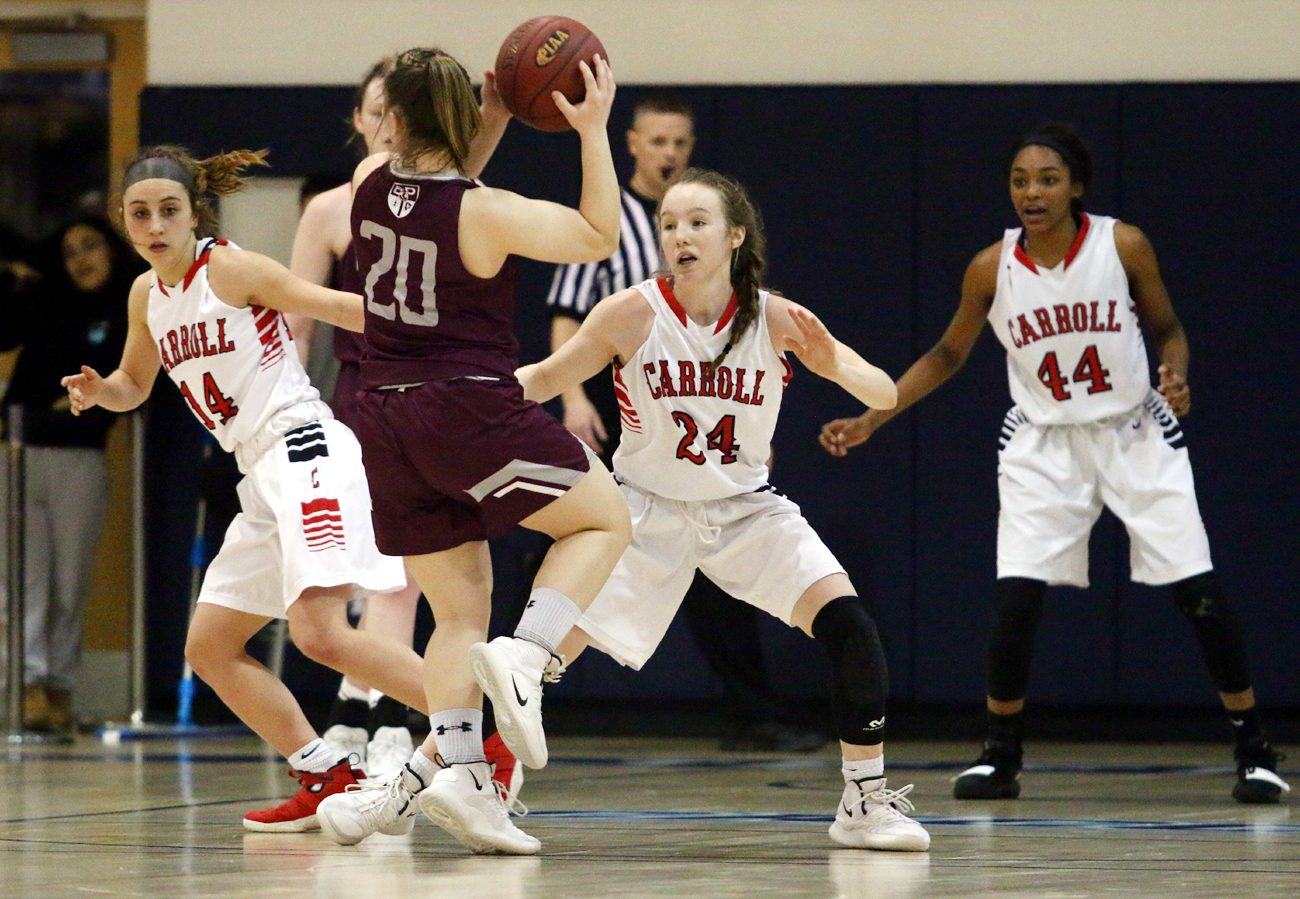 Archbishop Carroll's tight team defense swarms around a Bonner-Prendergast player during the girls' Catholic League semifinal game Feb. 19 at Jefferson University. Carroll prevailed in the contest, 49-36, and will play Archbishop Wood in the championship Feb. 25 at the Palestra in Philadelphia. (Photo by Sarah Webb)

Then there were two.

In the Catholic League girls’ basketball semifinals Feb. 19 at Jefferson University, Archbishop Carroll and Archbishop Wood both punched their ticket to the league final.

Top-seed Carroll stopped five-seed Bonner-Prendergast, 49-36, while three-seed Wood upset two-seed Neumann-Goretti, 60-50. The two victors will meet for the championship 6:30 p.m. on Feb. 25 at the Palestra.

The two squads appeared more poised to play tennis than basketball. A startling eight lead changes dotted a see-saw first quarter that saw the Patriots emerge with a 12-11 lead.

That’s when Carroll’s defense rose to the occasion.

The Patriots held the Pandas to a miniscule nine points during the second and third quarter. Entering the fourth, Carroll led by a commanding 35-20.

But Prendergast, the only Catholic League team to have defeated Carroll during the regular season, refused to just wither away. Behind six points by senior Maeve McCann (nine points), five points by junior Dakota McCaughan (11 points), and two by senior Ariana McGeary (14 points, seven rebounds), a 13-3 run lowered the deficit to 38-33 with 3:33 left.

“We came together as a team,” said O’Neill. “It helped with motivation. We wanted to go to the Palestra. They’re a rival. We have friends on that team.” 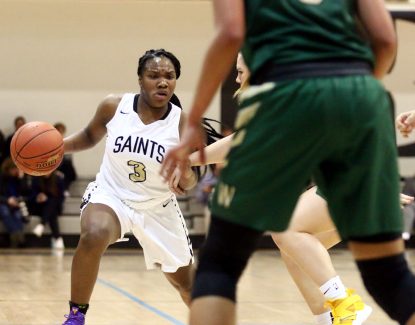 Carroll’s next opponent, Archbishop Wood, withstood two rugged stretches before taking over in the fourth quarter. The Vikings turned a 39-36 deficit with Neumann-Goretti into the final margin of victory on the strength of torrid free-throw shooting.

When the game was over, Wood sophomore Kaitlyn Orihel had established a Catholic League postseason record with 19 of 20 marksmanship from the charity stripe. At one point, she nailed 16 straight. Her line score of 31 points, seven rebounds, three assists, and a steal was befitting of a first-team All-Catholic.

“Every single day she stays after practice and takes more foul shots, and she makes sure she makes them before she goes home,” said Wood coach Mike McDonald. “Every single day. She puts in the time and preparation and it gives her confidence.”

“Coach was telling us in the huddle when we were down eight (34-26 with 4:48 remaining in the third quarter) that we have to box out and grab those easy rebounds,” said Parsons. “Once we did that, we started knocking down shots and (stopping them on their) possessions.” 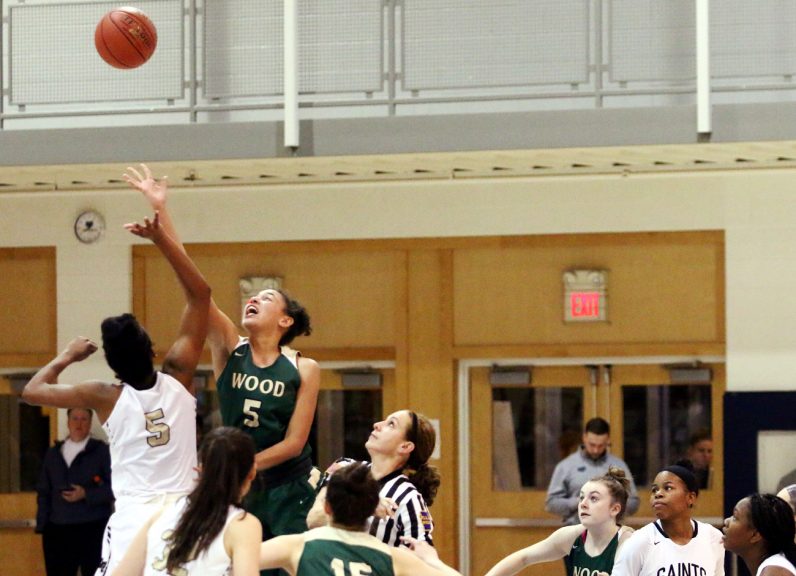 Players for Neumann-Goretti and Archbishop Wood battle for a tip-off during their Catholic League semifinal game Feb. 19 at Jefferson University. Wood upset higher-seed N-G, 60-50, and will go on to play Archbishop Carroll in the championship game Feb. 25 at the Palestra. (Sarah Webb)