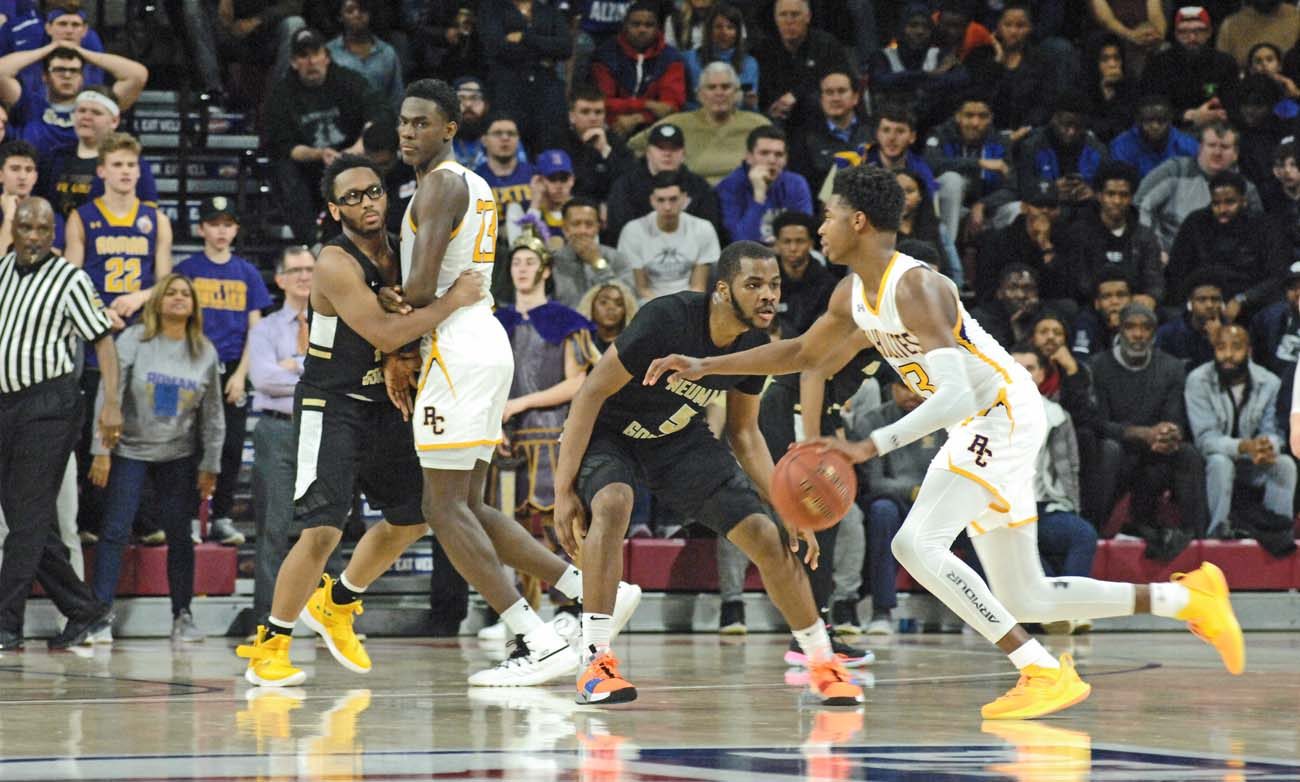 It’s always ideal when the two best teams meet for the championship. That will be the case in Catholic League boys’ basketball.

In the playoff semifinals Thursday night, Feb. 21 at the Palestra, top-seed Roman Catholic and two-seed La Salle advanced to the final, to be played at the same site 8:30 p.m. on Monday, Feb. 25.

“We know we will have our hands full,” said Roman senior Hakim Hart. “They played us tough the first time (73-67 Roman win on Feb. 1), and we aren’t expecting anything less.”

The defending champion Cahillites, whose 13-1 record was just one game better than La Salle’s 12-2, survived a tense battle with four-seed Neumann-Goretti. Trailing by 60-59 with 2:49 left in regulation, Roman scored the next 10 points and won without any late drama, 72-66. 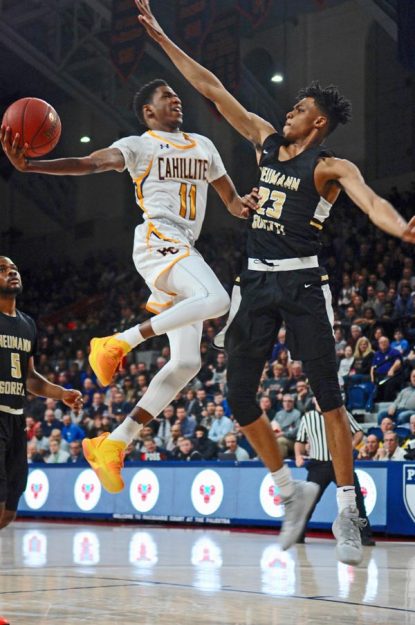 Hart scored nine of his team-high 26 points in a span of 2:09, including a three-point field goal and a three-point play that gave Roman a 65-60 edge.

“We dug deep,” said Roman senior Seth Lundy, who scored 11. “We’ve been in situations like this throughout the year. When we are down, we just continue to play basketball.”

Senior Chris Ings kept the Saints close by scoring 28 points, including 14 straight for his team at one point. But the Cahillites, aided by freshman phenom Jalen Durant’s 12 points, 17 rebounds and three blocks, prevailed and are now in position to capture their third title in four years.

In the opening game, La Salle shot 16 for 17 from the free-throw line and outlasted three-seed Bishop McDevitt, 49-41.

The Explorers only trailed once at 28-27 midway through the third quarter and outscored the Lancers by 26-20 in the second half. They return to the Catholic League final for the first time since 1991; their last title was in 1981. 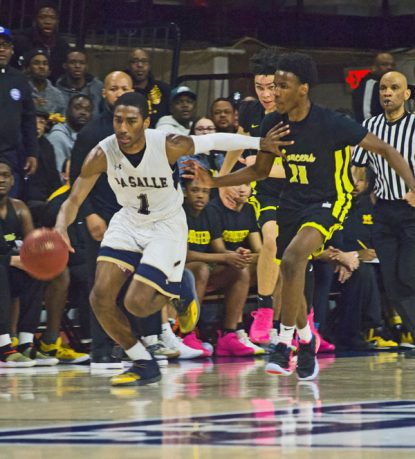 “Roman is a great team, and we will have to be at our best,” said Crisler. “We worked hard to put ourselves in this spot. Hopefully we will take advantage of the opportunity.”