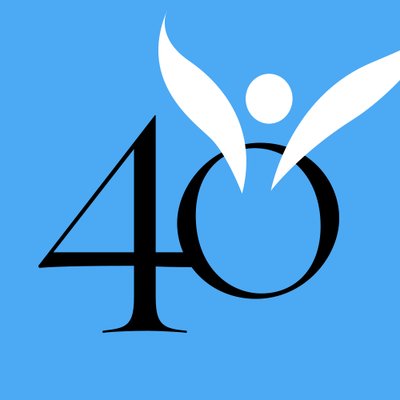 There were 44,616 babies born in the five counties of the Philadelphia Archdiocese of Philadelphia in 2017, according to published statistics for the last available year. The figure should be at about 60,000 if you factor in all the reported legal abortions, and not counting the little ones killed by such means as the “morning after pill” shortly after conception.

The two most prominent local groups working year-round to bring those numbers down — and they have come down moderately — are the Office for Life and Family of the Archdiocese of Philadelphia and the Pro-Life Union of Southeastern Pennsylvania.

Among the activities they both promote are the prayer vigils that are held in public spaces outside of abortions clinics.

While these vigils take place year-round, they are especially prominent during the 40 Days for Life vigils held twice yearly around the country. This movement started in Texas in 1998 and has spread to hundreds of cities in dozens of countries.

Not without reason the American Civil Liberties Union branded 40 Days for Life “the most dangerous threat to choice,” which from a pro-life standpoint is quite a compliment.

The main difference between the two is Planned Parenthood provides a number of services while the latter only provides abortions, according to Dr. Monique Ruberu, who is coordinating the 40 Days for Life vigil at both facilities.

“40 Days for Life is a way for people to be peacefully, lovingly, prayerfully outside of these places and offer resources to these women,” said Ruberu. She herself is a practicing ob/gyn physician and mother of three, ages 12, 10 and 6, “and two in heaven,” she said.

What the pro-life prayer groups and 40 Days for Life do is not the typical rowdy demonstrations for various causes one sees on television. A pro-life vigil is strictly nonconfrontational. No one invades private property, enters an abortion facility or blocks a door.

“Most of the women who are having abortions are doing so because they feel boxed in,” Ruberu said. “They don’t have people around them that can assist them in such things as financial assistance, housing, whatever they need to allow their child to exist. We tell them we are there for them, not just for your pregnancy but for life.

“Once people realize we are there for them and helping them, things change,” she said. “By offering them housing and community services we are telling them, ‘How can we step up and walk in your shoes? We are there for you not just for your pregnancy but for your life. How can we be present for you and your child going forward?’”

Many people are pro-life but standing in front of an abortion clinic takes that a step forward, and Ruberu concedes it was a difficult step for her too, at first. “If they don’t want to talk to people or hand out leaflets, we tell them, ‘Just come and pray,”’ she explained.

Ruberu concedes that in the beginning she was hesitant in getting involved, especially as a working physician and mother. “God gives us the time, I have no idea where it comes from,” she said.

Last week she conducted a training session for people who might want to get involved, but there is plenty of material online. One example is a YouTube video on sidewalk counseling, “Sidewalk Servants Quickstart.” (Watch it below.)

For more information on 40 Days for Life sites in the Philadelphia area, visit the website ProLifeUnion.org/outreach.