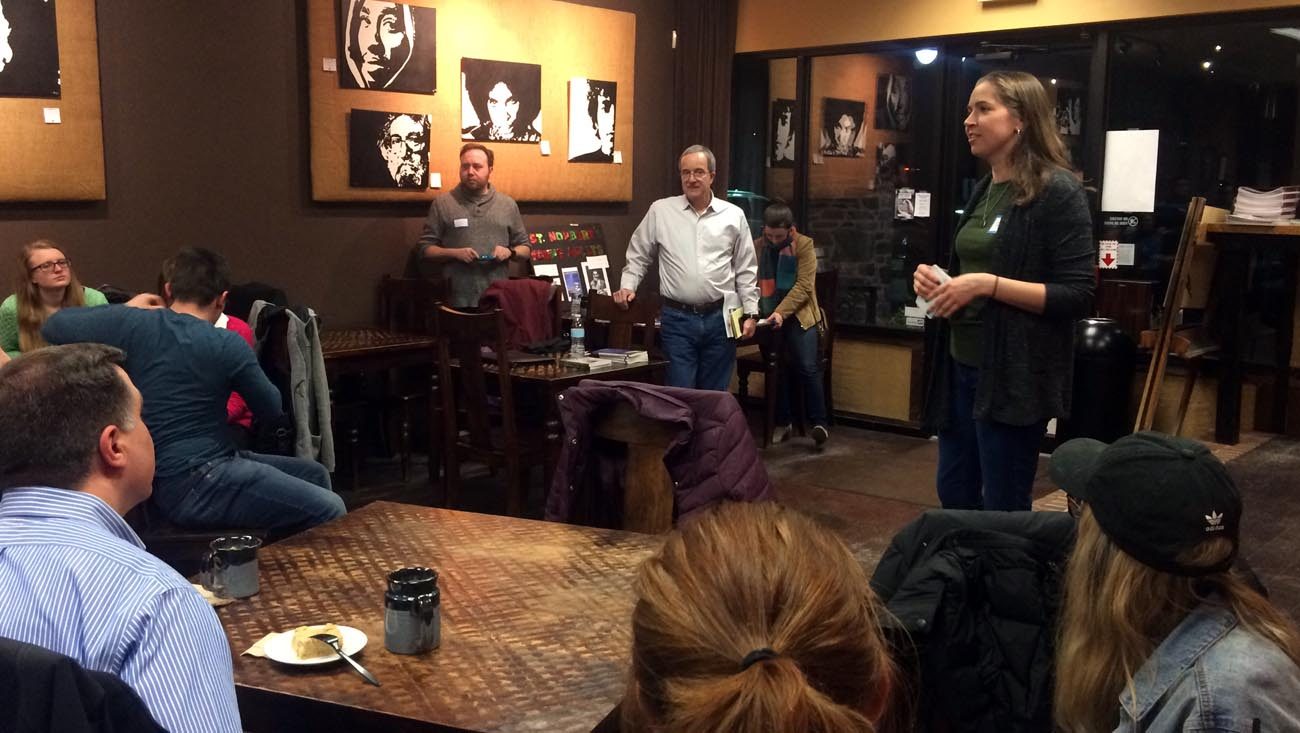 A member of the St. Norbert Young Adults group introduces Deacon John Lozano, who gave a talk to the group and answered questions at a Feb. 28 event at Burlap and Bean Roast House in Newtown Square, Delaware County. (Photo by Dan McCarty)

Deacon John Lozano grew up with “a sense that God was real.”

“I would turn to him, and I had my prayers answered,” said the Long Island native.

As time passed, things changed and life became hard. When Lozano was 16, his father passed away and the sudden loss stopped the youth in his tracks. He sought the advice of a cousin who was a priest, and at age 17, he began attending a Friday night prayer group.

The experience helped to put him on God’s intended path for him, Deacon Lozano said. After stints in Buffalo and then Germany, he was ordained a permanent deacon for the Philadelphia Archdiocese in 2004, and now serves at St. Norbert Parish in Paoli. In addition to his parish ministry, Lozano and his wife, a nurse, travel each year to Haiti with a group of physicians to bring medicine and to support a medical clinic.

Deacon Lozano shared his experiences with two dozen young adults during a Feb. 28 talk at Burlap and Bean Roast House in Newtown Square. Sponsored by St. Norbert’s Young Adult Group, “The Return of Faith, Fellowship and Coffee” surveyed his journey from spiritual struggle to service.

“I have a great connection to young adults,” said Deacon Lozano, who spent several years in campus ministry. “I love informal gatherings and opportunities to be together and talk in a free way.”

The author of “Becoming a Fervent Disciple,” he focuses on the role of discipleship in making Christ present to others. 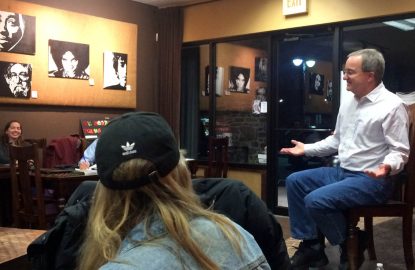 “In the Christian world, Jesus is alive,” said Deacon Lozano. “He is with us at this moment.”

During his talk, the deacon spoke about meeting a man who had once been in seminary, but had turned aside from faith due to difficult circumstances. Deacon Lozano advised that Jesus loved him and wanted to encounter him.

Following the presentation, the young adults shares some of their thoughts and questions with the deacon.

Ciara Cardone of Nativity B.V.M. Parish in Media said it was important to discern how God speaks in each individual life.

“We don’t want to compare ourselves to others, especially in faith,” said Cardone. “God works in his own ways in our lives.”

Hannah Schroer, a student at Villanova University’s School of Law, attended the talk in preparation for Lent.

Mike Piskai, a member of the St. Norbert Young Adult Group, added that sharing one’s faith in an informal group setting is a way to build relationships with others. 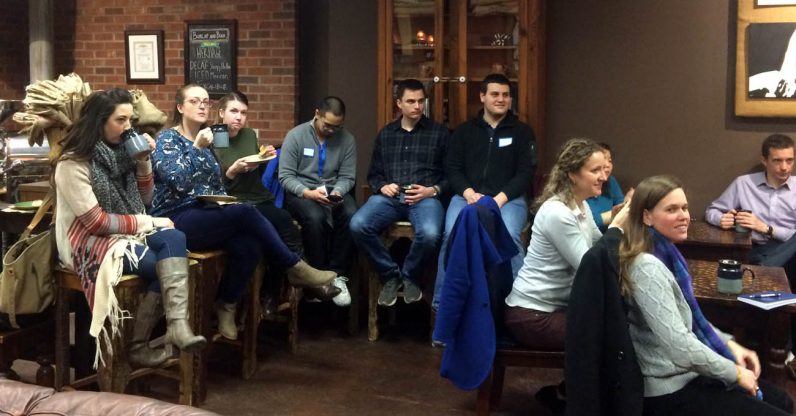