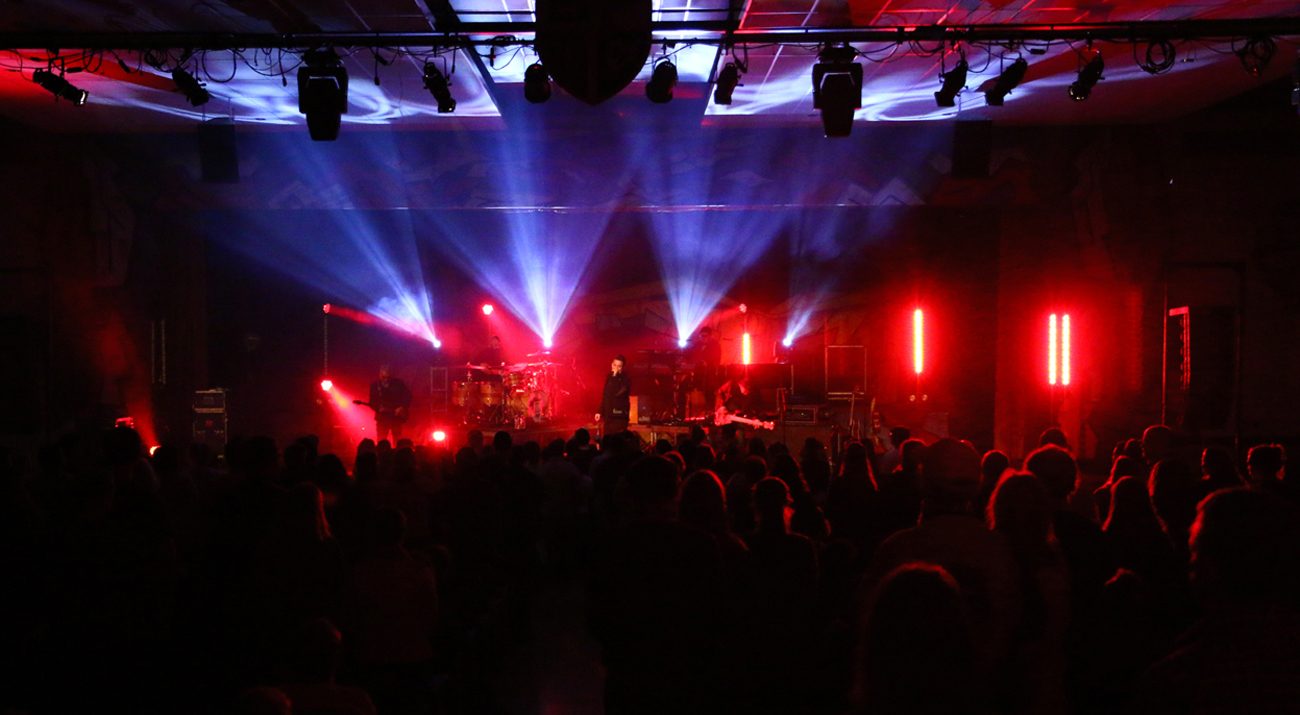 The band Unspoken plays at a concert March 21 at Msgr. Bonner and Archbishop Prendergast High School kicking off the 2019 AbbeyFest Concert Series.

Headlining the list of performers was Unspoken, an American Christian band that has become one of the most popular contemporary worship-music acts. Northpoint InsideOut, a worship band from Georgia, also played before an audience of approximately 500 of all ages.

(See scenes from the show here in our photo gallery.)

AbbeyFest started in 2014 and the event last week marked the first time that the annual September event began with a concert series in its five-year run. The concert at Bonner-Prendergast put people in the spirit of AbbeyFest, according to organizers, especially since this marked exactly six months before the date of this year’s festival, Sept. 21, on the grounds of Daylesford Abbey in Paoli.

“It’s the halfway point before the event,” said Mark Griswold of St. Norbert Parish, a cosponsor of the music festival. “It’s an opportunity to get people excited. It was a good fit.” 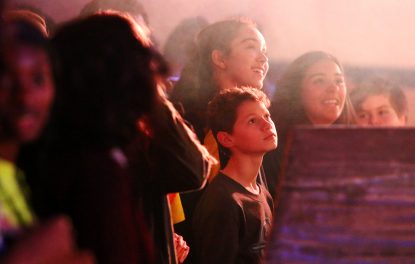 This was also a good way advertise AbbeyFest. While it becomes more popular each year, not everyone across the Philadelphia Archdiocese is familiar with it. Therefore, having the concert at Bonner-Prendergast helped those in the surrounding area pick up additional information about the event.

“We wanted to move it around the area,” said Mark Christmyer, communications director at St. Norbert. “We were looking for a venue. Bonner and Prendie welcomed us with open arms.”

In addition to enjoying the music, folks learned about various ways they can volunteer to make this year’s big day better than ever. They can help through website support, accounting, fundraising and serving as ambassadors in the local churches.

“We’re constantly in need of volunteers to get word out of AbbeyFest events,” said Griswold.

Northpoint InsideOut opened up the evening by performing the song “Something’s Broken” to let everyone know that God has a plan for them even if they don’t know what it is. They also performed “Wide Open” with its theme that God always welcomes us. Another one of their favorites is “I Surrender All.”

Then it was time for Unbroken to take the stage. The band’s biggest hits include “Human Condition,” “Broken Man,” “The Cure,” “Everything” and “Start a Fire.” The band never completes a concert without its signature song “Just Give Me Jesus.”

Another selection was “Mistakes” written by Chad Mattson, a member of the band. He wrote it for his son to make him understand that his father still loves him despite his flaws, and Mattson realized the message could benefit him, too.

“Jesus opens his arms and welcomes us in,” said Mattson. “God shows up in supernatural ways.”

For the finale, Northpoint InsideOut joined Unspoken to sing “Call It Grace” as a reminder to the audience that they sometimes receive what they don’t deserve.

“What we want will not always satisfy us the way we think it will,” said Mattson. “God is kind and merciful. He really accepts us into his family.”

After the performance, fans were able to meet the band members in person and pose for pictures in the lobby. While some who came out for this concert have attended AbbeyFest before, others have not, including Khahn Psam and Molly Murphy, two juniors at Bonner-Prendie who hope to make it to this September’s festival.

In addition to getting into the spirit and learning how to volunteer for the coming sixth annual festival, organizers told attendees how they can win AbbeyFest tickets and purchase them now at a discounted price – visit TheAbbeyFest.com for more details.

Crowds for AbbeyFest have increased from 4,000 in 2017 to 4,500 last year, so organizers have set higher sights for this year. 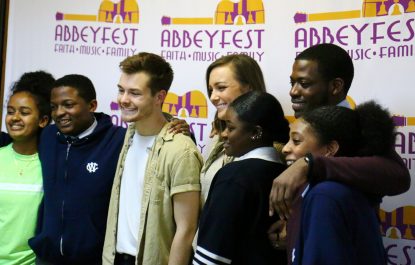 Concertgoers pose for a picture with members of Northpoint Inside Out after the concert March 21 at Msgr. Bonner and Archbishop Prendergast High School.